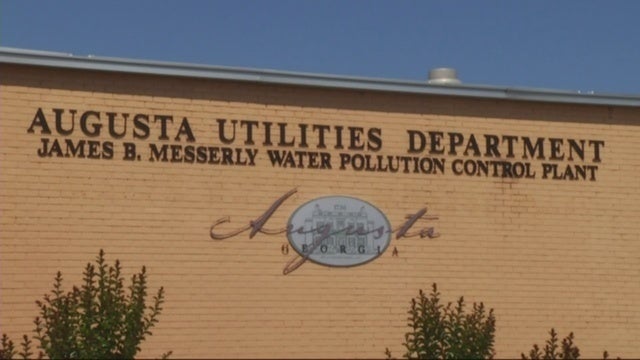 AUGUSTA, Ga. (WJBF) – A mother says her unborn child was flushed down the toilet at a Georgia hospital.

In May, the manager at Augusta’s water treatment plant called the sheriff’s office when an employee found a human fetus on a job site.

Authorities confirm, the unborn child belongs to the mother who says she had a miscarriage at University Hospital three days earlier.

The following is a timeline of how this situation unfolded.

May 4: The incident report says a local mother went to University Hospital for “abdominal pains” and “contractions” when she was about 16 weeks pregnant.

May 7: A manager at Augusta’s water treatment plant on Doug Bernard Parkway called the Richmond County Sheriff’s Office when one of his employees found a human fetus in an area of the plant being inspected.

On May 7, after seeing News 8’s sister station, WJBF’s coverage of the fetus found inside the water treatment plant, the mother sent us a Facebook message. She wrote:

“How do I find out who the detective is working the water plant case? I had a miscarriage at university hospital late Friday night/ early Saturday morning and I’ve been saying ever since that I think they flushed my baby down the toilet (I miscarried while sitting on a toilet in the ER triage). They claim they never saw a baby. I really want to know what I need to do to find out if the fetus was mine.”

We now know, the unborn baby was hers.

On May 8, the woman filed a report with the sheriff’s office and told deputies what she told WJBF the night before.

She said, while in the restroom at University Hospital, “her water broke and she began bleeding a lot” and “she felt that the fetus came out while she was over the toilet.”

She called for help and says a doctor and a nurse came into the room. The report reads, “a doctor went into the bathroom where she later heard the toilet flush.”

Afterwards, she was told “that she had a miscarriage and that ‘everything went down the drain.’”

Richmond County Coroner Mark Bowen says DNA confirms the unborn child belongs to the woman whose name we will not release for privacy reasons.

A hospital representative sent back the following response.

“We have cooperated fully and answered all questions from the authorities who have reached out to us as they work through the investigation of the discovery at the treatment plant. Releasing information to the media or anyone not directly involved in the investigation would violate the privacy laws that govern the release of protected health information.”

They also attached the standards they say they strive to follow when caring for patients experiencing a fetal demise.

That document says the patient will chose how the body or remains will be disposed from a list of options. Patients can chose from these options:

In their statement to WJBF, University Hospital added there is an “understanding that from time-to-time there are extenuating circumstances.”

The district attorney is now reviewing the case to determine if any laws were broken.