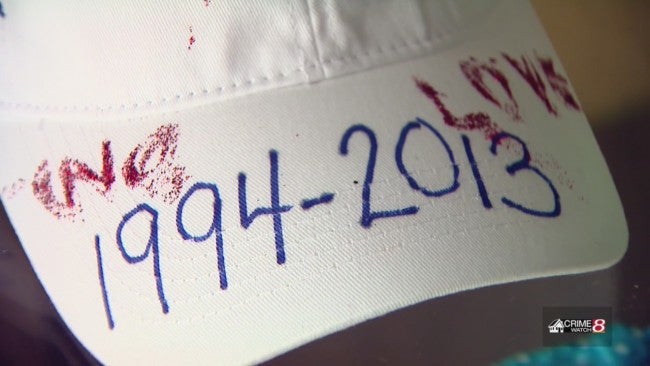 INDIANAPOLIS (WISH) — New numbers show there have been at least 42 homicides reported in the city of Indianapolis so far this year.

The Indianapolis Metropolitan Police Department said that number is down compared to last year, but for some families that number is still one too many for those who have lost so much.

The pain of losing a child is something that Nicole Magee has experienced firsthand after her 24-year-old son was shot and killed two years ago.

The man accused of the crime was found not guilty, but despite the verdict, Magee told 24-Hour News 8 her journey for justice is far from over. This time she wants to help others heal through One Shot Survivors.

Each hat sitting on Nicole Magee’s dining table represents a somber story of pain and loss. A human life taken away with one shot she said. Many of these cases are still left unsolved.

For Magee and four other mothers in Indianapolis, the only way they know how to grieve is to be there for one another. What started off as a small group of five has expanded into a group of dozens called One Shot Survivors.

“To listen to them – the hurt, the pain, and they feel that they have no one else after the casket drops,” said Nicole Magee, founder.

Around 50 people showed up to the first meeting over the weekend at JR’s Hot Spot. Each person shared their personal story, some people talking about their loss for the very first time after holding it in for years.

“She says her home has been her bed. She has not been out of the house in two years,” said Magee. “That comment there that she said, “help me,” we had no idea what we were getting into. We’re not therapists (or) psychiatrists.”

Like Magee, DeAndra Yates wasn’t sure what to expect. Her then 13-year-old son was shot in the head while attending a birthday party. He is still recovering more than a year later. He is now paralyzed and wheelchair-bound.

“Everybody’s story was different, but in the sense it was the same. There was so much hurt,” said DeAndra Yates, founder. “I saw a lot of hurt, but at the same time I saw healing. I believe a lot of healing started there.”

The founders are hoping that this group will give them an opportunity, not only to make long lasting friendships, but to look at the bigger issue when it comes to gun violence and what needs to be done to curb it.

The group is working with the IMPD chaplain to look at ways to approach families and how they can help during time off loss.

One Shot Survivors next meeting is scheduled for June 27. Click here for more information about joining or if you would like to help.