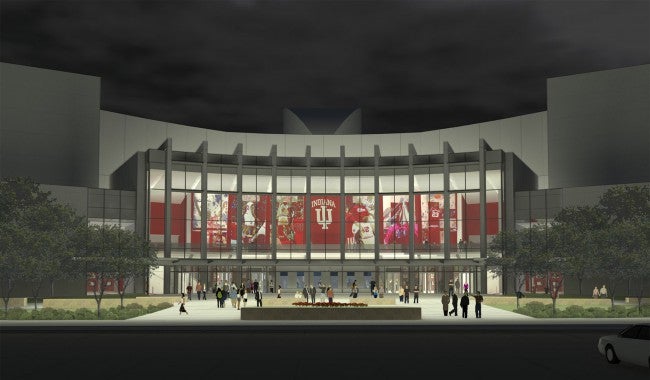 Thirty-five to $40 million will be used to give a huge face-lift to the 44-year-old facility. The released renderings show a sleeker look with what appears to be a lot more windows.

Along with a grander entrance, IU says it’s also updating lobbies, ticket windows, restrooms, concession areas and mechanical and other infrastructure systems. The south entry will be expanded and have centralized ticket windows. There will be escalators and a new elevator. A new box seat club will also be added on the Concourse level with more arena seats and a new space for large groups to entertain.

Say goodbye to the old score board. A state-of-the-art video model will go up in its place. IU says fans will be able to see more of the games once new transparent railings are installed.

It may seem like a lot is going to change, but IU says its goal is to maintain the historic charm but bring the conveniences up to modern standards.

Cindy Simon Skjodt, of the Simon family, gave IU $40 million for the project back in 2013. Construction should be finished in October 2016. The ground breaking is set for 3:30 p.m. Tuesday.