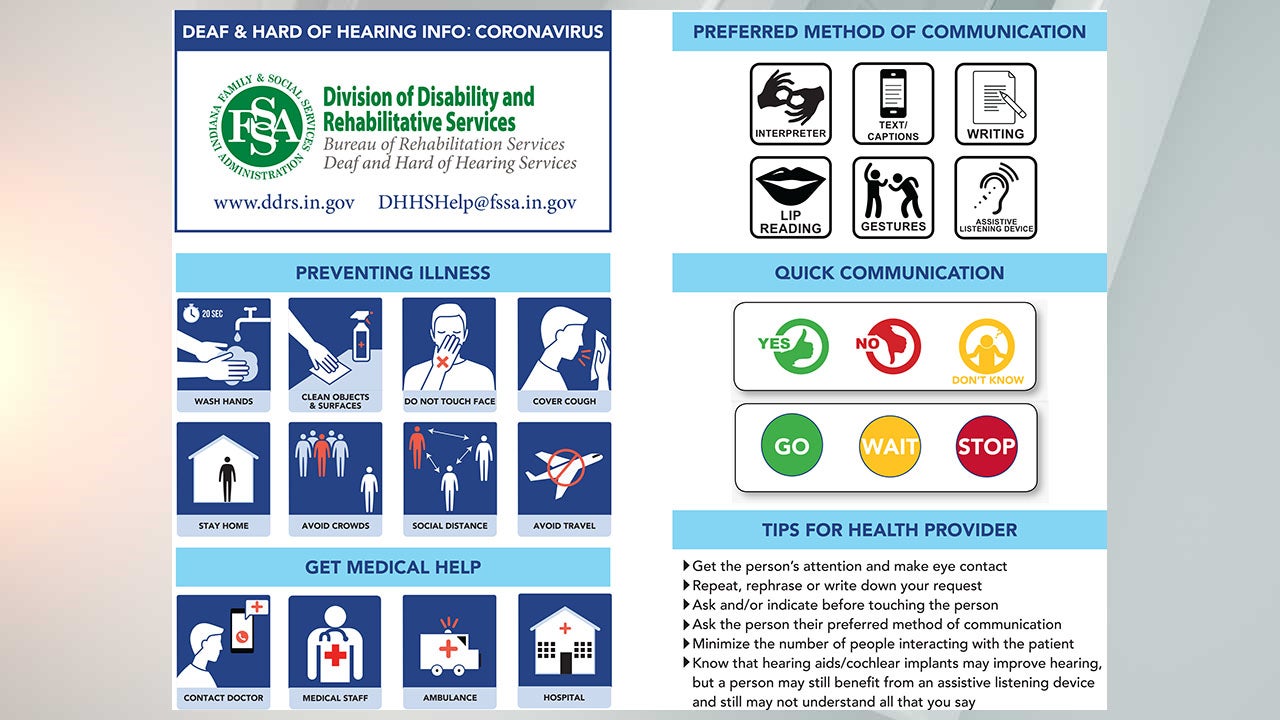 The state agency wrote on its Facebook page that the card will be helpful to people who are deaf and hard of hearing, but also helpful for medical teams in hospitals, testing sites and much more.

Plus, the card will be helpful for people who have difficulty communicating.

There are two versions of the card. Each has pictures and other symbols that can be pointed to or used to express how someone is feeling as it relates to health, how long they’ve fell ill, and what types of services they’ve already received or need.