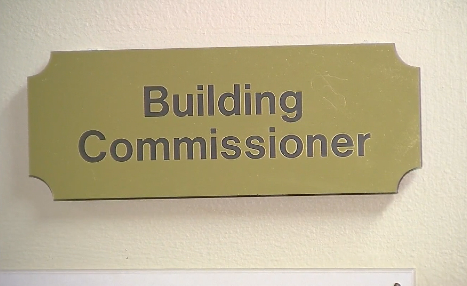 MUNCIE, Ind. (WISH) — The Muncie city building commissioner is on unpaid administrative leave after being arrested on federal charges alleging he stole city money and committed wire fraud by steering city contracts towards companies he owned.

Federal prosecutors allege that Nichols used his position to steer city contracts towards companies that he owns that deal with demolition and drywall.

Nichols was arrested on Wednesday and appeared in federal court. A woman who came to the door at home listed as being owned by Craig Nichols would not answer questions. A young man seen in the driveway also refused to acknowledge or answer a reporter’s questions about Nichols.

City officials held a news conference Thursday morning to address the FBI investigation and the pending criminal charges against Craig Nichols. 24-Hour News 8 did not attend the news conference because the news organization was not notified – something a city administrator later said was simply an oversight and not an attempt to limit coverage.

The building commissioners Office is open and operating fully. Nichols is on leave but the name “Craig” still appears on a mailbox inside that office. City officials pointed out in a statement that the indictment is not an admission of guilt, simply evidence of charges presented by the prosecutor.

The FBI raided the commissioners office in early January. The Feds say Nichols also steered contracts towards his companies and coaxed other contractors to submit false bids so Nichols’ companies could receive the work.