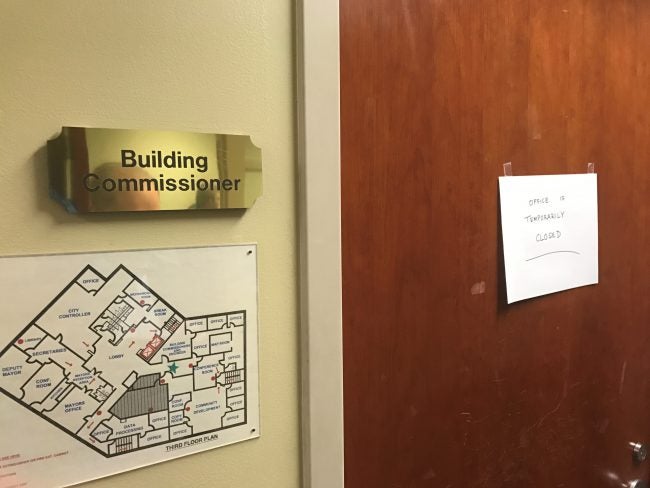 MUNCIE, Ind. (WISH) — A Muncie city official has been indicted following a January FBI investigation that involved the search of a city hall office.

Nichols, who was the subject of a year-long investigation conducted by the FBI, the IRS and the U.S. Attorney’s Office, has been indicted on 33 counts: one count of theft of government funds, 16 counts of wire fraud and 16 counts of money laundering.

According to official charging documents, Nichols, appointed as building commissioner in 2012, used his position not only to fraudulently direct city contracts toward his own business, but also to conceal his ownership of a second business that received city contracts, as well as misrepresenting the process by which he awarded the contracts and inflating the price in the quotes his companies provided to the city. The charges stipulate the city of Muncie paid companies owned by Nichols more than $376,000 for work that was either never completed or completed at inflated rates.

U.S. Attorney Josh Minkler, who announced the charges today, made the following statement:

Public servants need to serve the public instead of serving themselves. When someone betrays the public’s trust by stealing tax dollars for personal enrichment, my office will identify, investigate and, if the evidence supports a charge, prosecute the individual who violates that sacred trust.”

The charging documents further stipulate that Nichols used his position to instruct other contractors to submit false bids or claim that they had submitted bids so that he could award contracts to his drywall company, Advanced Walls and Ceilings, with inflated prices.

In addition, between August and October of 2015, Nichols is accused of falsely describing properties to substantiate the need for demolition services, when there were no structures to demolish. He then submitted additional false documentation to appear to correct the initial claims, charging the city for the work.

Authorities say when questioned about the process by which he obtained the bids, Nichols claimed the structures were demolished on an emergency basis, invoking a shortened two-bid process, rather than the customary three-bid process, neither of which he followed.

Nichols’ money laundering charges are associated with federal claims that he concealed his ownership of an unlicensed asbestos inspection and removal company — Capitol Consulting and Property Management –coercing another person into serving as the nominee owner, but using the signature stamp of that person to endorse checks and run the business himself.

Court documents lay out a fraudulent process by which Nichols not only intentionally failed to file a conflict of interest statement about the business but also inflated bids submitted by the company, eventually subcontracting the work to a licensed asbestos business. Authorities say Nichols also billed the city of Muncie for nearly $20,000 of asbestos abatement in 17 properties where no asbestos was found.

If convicted of all 33 charges, Nichols faces up to 20 years in prison.