Muncie father continues search for daughter, 4 years after her disappearance 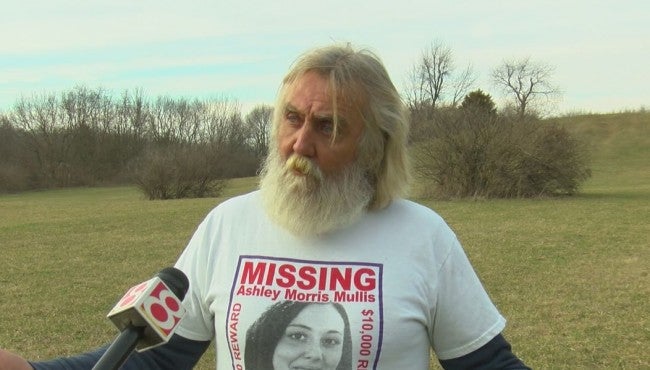 MUNCIE, Ind. (WISH) – A Muncie father is desperate for answers as he works to figure out what happened to his missing daughter.

Ashley Morris Mullis was 27 years old when she was last seen in September of 2013.

The family says their search is far from over, and they’re taking the investigation into their own hands.

On Saturday, Donald Morris hired a private K-9 search and recovery company to follow up on a tip he got about the Prairie Creek Reservoir area.

He’s hoping this independent investigation will get him one step closer to finding his daughter. Ashley Morris Mullis was a mother of three; she would have just turned 32 this year.

Her dad says she would not have left her family, including her baby, without letting someone know where she was going.

The family describes the past four years as nothing short of a nightmare. They say they’ve done everything they can think of to bring Ashley home. They started Facebook groups, created T-shirts and banners, and even tried hiring a psychic.

“My pain continues. My pain will continue until I get results to put my daughter to rest and I will not stop,” said Don Morris.

A spokesperson for the Delaware County Sheriff’s office did not have any information to release on Sunday other than saying the office will follow up on leads as they come in.