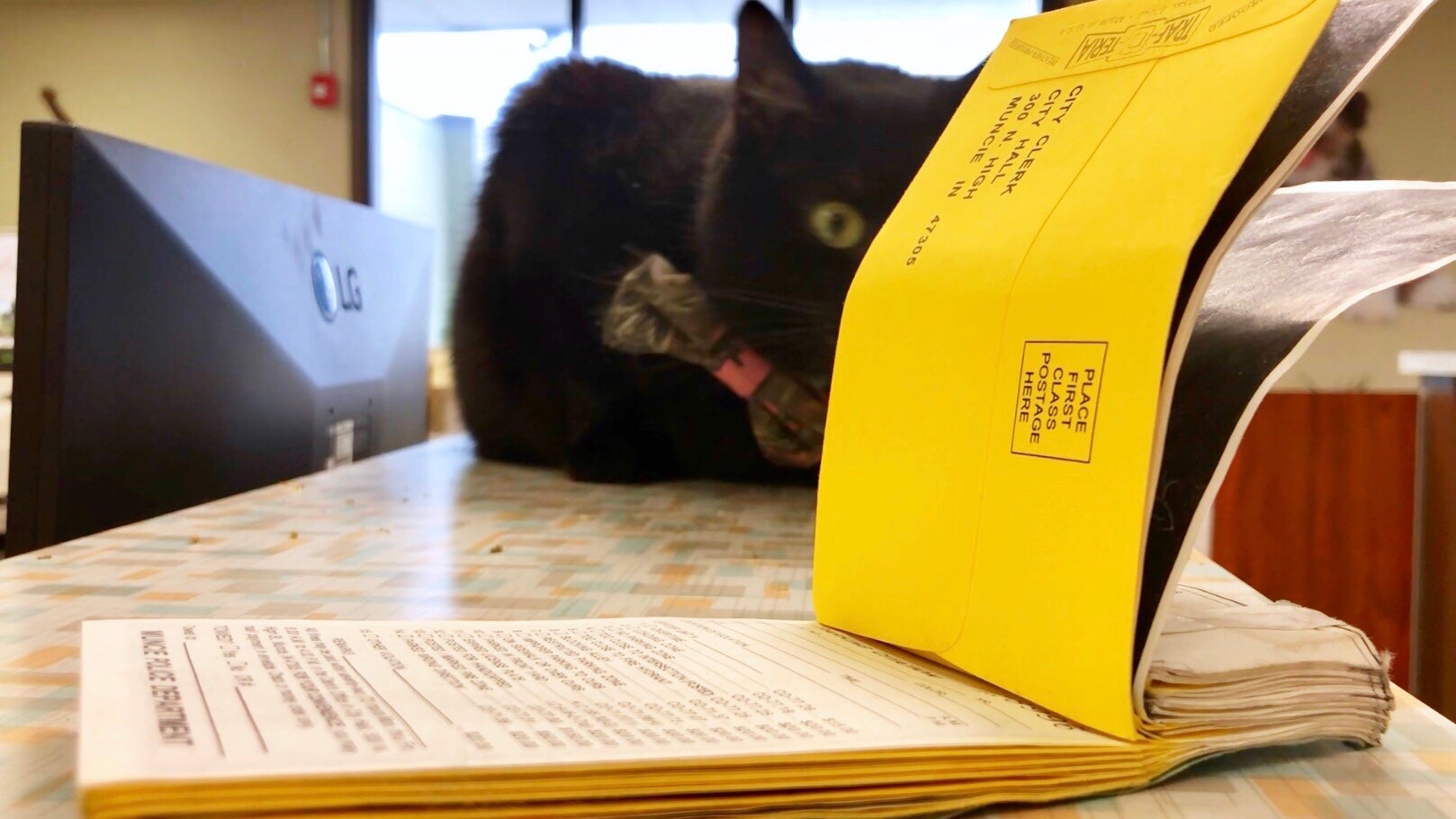 MUNCIE, Ind. (WISH) ⁠— The city of Muncie is owed payment for hundreds of parking tickets.

Meanwhile, its animal shelter on West Riggin Road is overwhelmed with hundreds of cats.

The city’s enterprising solution? Allow people to pay off unlimited parking tickets with kibble and litter.

The program is available through the city clerk’s office until 4 p.m. Friday, July 19.

Handicap and seat belt infractions are not eligible for payment in cat currency.

The idea was suggested by a Muncie police official who said he was inspired by a similar program in Las Vegas that accepted school supplies in lieu of money.

The Muncie Police Department posted a video on its Facebook page Monday morning announcing the cat food initiative in partnership with the city’s Animal Care and Services department. The video received thousands of shares, views and likes within an hour.

“I think it’s really going to take off,” said police spokesperson Jami Brown, whose daughter works at the city shelter. “There is just an explosion of little kitties here. It’s been pretty overwhelming for [my daughter] and all the other employees lately.”

Approximately 350 cats and kittens were housed at the facility Monday, according to shelter director Melissa Blair.

They expected to receive up to 30 additional kittens each day, she added.

“At every shelter [and] every rescue, all you have to do is say the words ‘kitten season’ and it elicits fear in everyone,” Blair told News 8. “We have a lot of cats. We have cats everywhere. It’s kitty city.”

In addition to food and litter, the shelter is in “dire need” of kitten formula, blankets, towels, newspapers and feeding bottles, she said.

Donations can be dropped off at the shelter, located at 901 W Riggin Rd.

Residents can bring food and litter — equivalent in value to the amount owed for parking tickets — to the clerk’s office, located in City Hall at 300 N High St.