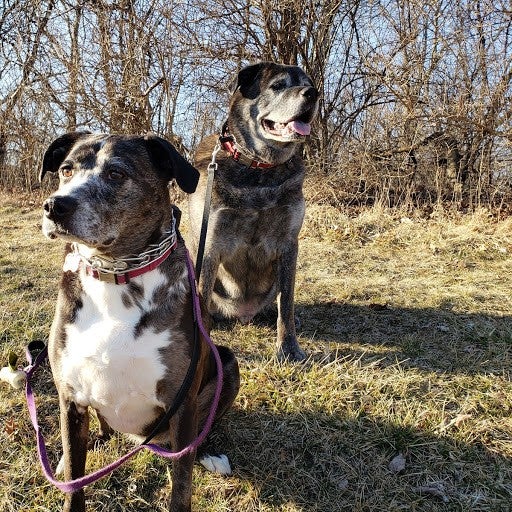 INDIANAPOLIS (WISH) — Nicole Erickson has two dogs that are rescues.  She used to produce the Adopt-a-Pet segments in another television market, so she says, “I would not have it any other way.”

“We knew we wanted a larger breed dog and with Petfinder, you can put in size and age and it matches you up with dogs in shelters. (Adopt – don’t shop!) He was so fluffy and cute; just 15 pounds,” Erickson said. “Turns out that his pregnant Boxer mama was brought into Animal Control and they were going to put her down. Luckily a rescue group stepped in. Her puppies were part Boxer and Mastiff. It was love at first sight. 2nd Chance Pet adoptions set us up with a meet and greet, but they knew me and knew better. We took him home that night. Needless to say – he grew! He is now 140 pounds. He is my rock! Everyone loves him and he is good with kids and dogs.”

Her second rescue is Inga.

“Inga is a Louisiana Catahoula Leopard dog. Apparently, they were bred to herd hogs. She is crazy smart! We came across Inga at Ottawa Humane Society in Kansas,” Erickson said. “We found out that it is still legal to gas dogs in rural Kansas. Once again, we were lucky the Humane Society stepped in to save the puppies. We met her, but had to get approved first. Well, we were approved before we made it home. Inga and Magnus became best friends.”