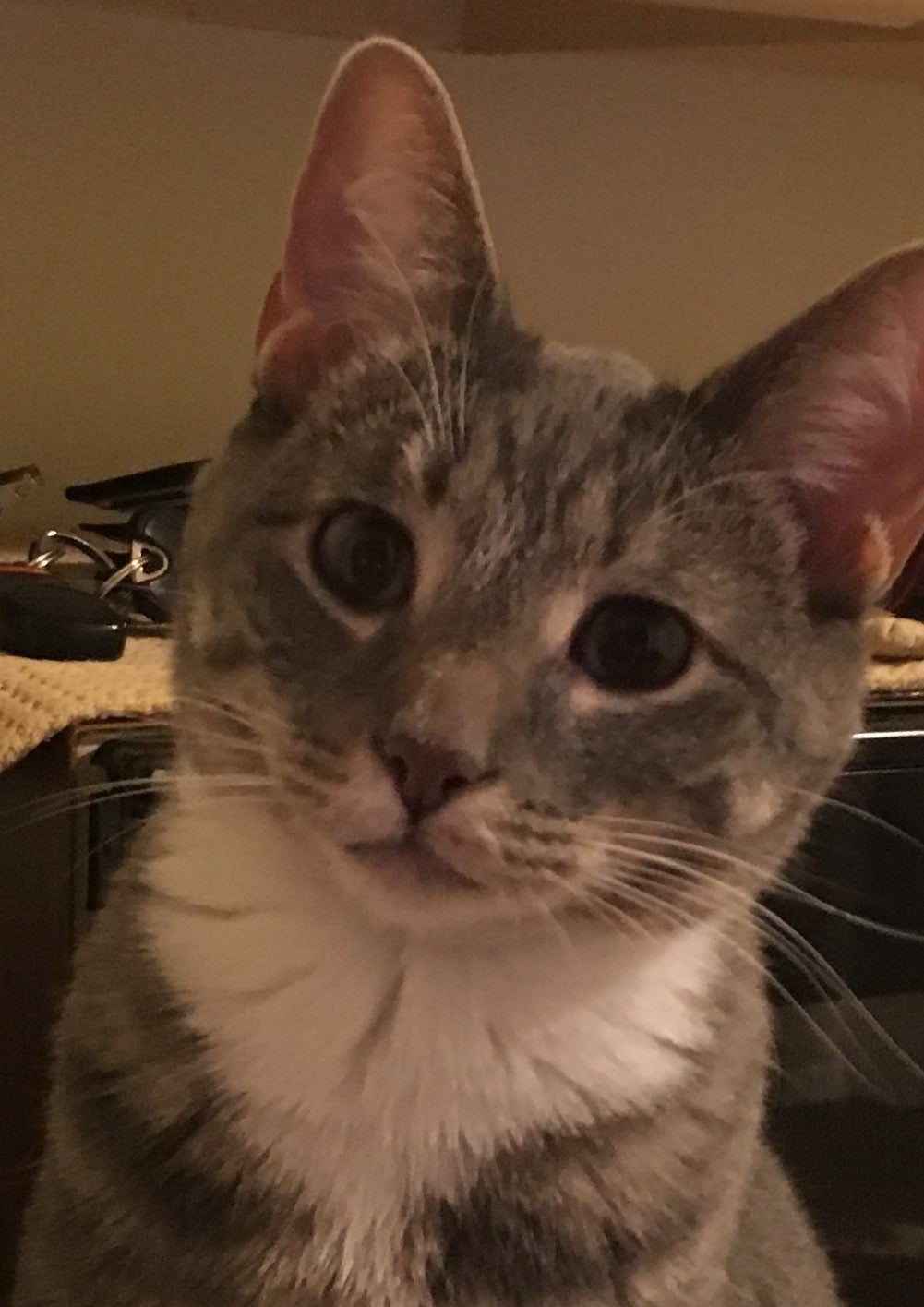 This story is from Nexstar staff member Donna Klug.

INDIANAPOLIS (WISH) — It was Christmas Day 2015. A family was selling what was thought to be the perfect barn cat….at only 1 year old?

When I went to meet the new addition to the barn family, I found him completely terrified hiding at the top of a 100 bales of hay, hunkered down in a tiny corner.

His eyes were so wide they barely fit on his head. It was very cold that year so I felt bad enough that he had to endure the outside when he was obviously an indoor cat. He ran off & we didn’t see him for a week.

The worst scenarios were running through my head. I could hardly hold back the tears. Then on New Years Day, there was a small gathering at the farm and I just had to go check the barn one more time to see if he was in there.

I climbed up to the top of all the bales of hay and to my wonder, he was there, again hunkered down in between two bales as far back as he could go.

All I could see were his HUGE green beautiful eyes. It took some time but I finally coaxed him out, snuggled him in my coat and took him into the house. He was clearly NOT a barn cat.

He came home with me that night and never went back. He is now 4, running all over his new house . He and I could never be happier. Best decision EVER!