My adoption story: Wilson and Binx 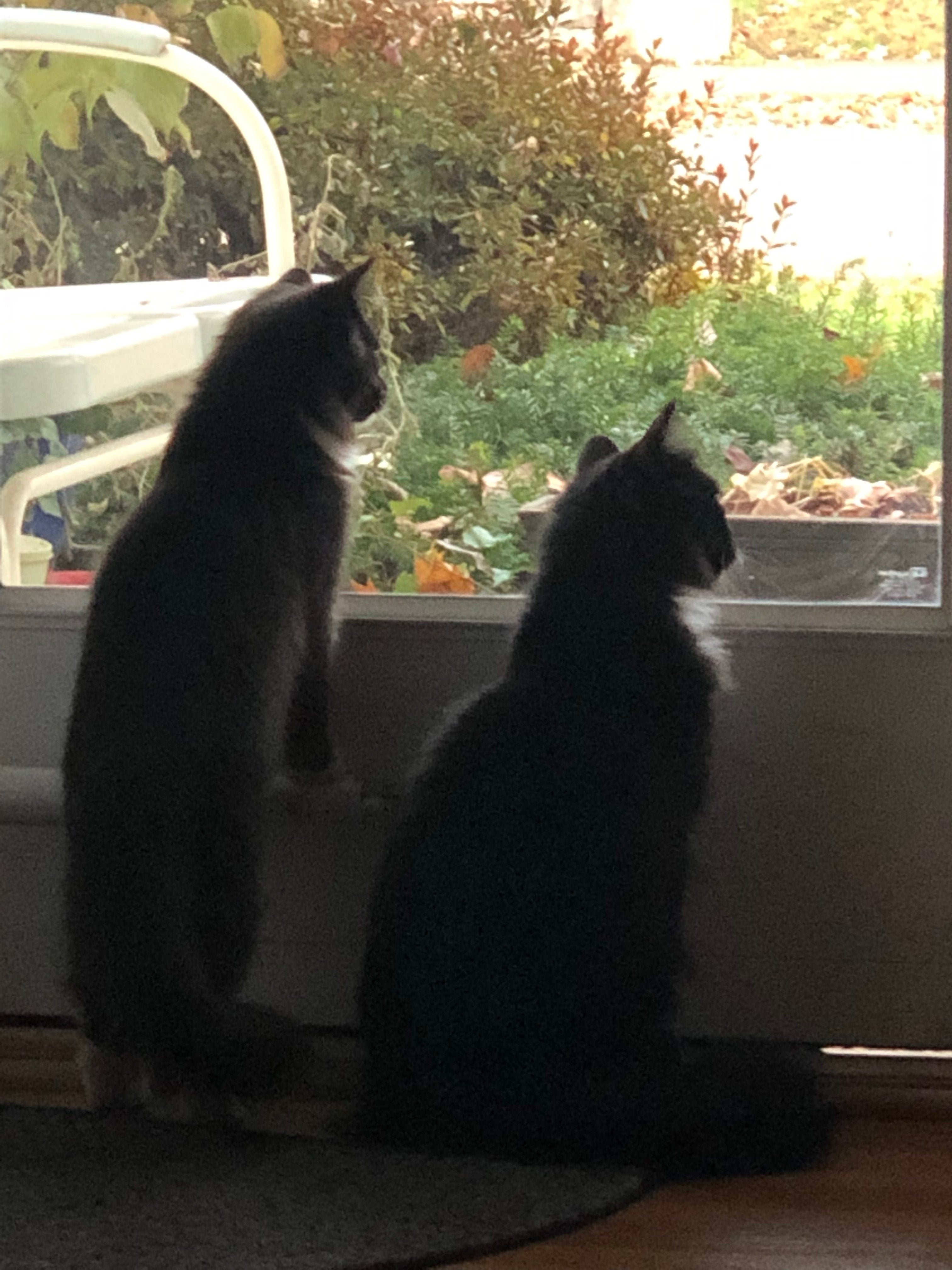 This story is from WISH staff member Robyne Ault.

INDIANAPOLIS (WISH) — I lost my beautiful, oh-so-fluffy fur baby, K Kitty in August this past year. She had been my faithful companion for almost 17 years. My cousin had rescued her from a Burger King, hence the name K.

She left a huge hole in my heart. After some time had passed, I knew I was ready and could open my heart to another furry friend.

I searched for long-haired kitties to adopt and found Circle City Kitties. They had several rescue kitties who needed homes. They had two tuxedo cats which were of interest. The kitten that initially caught my eye hid from me most of the time. He was so shy. Just a little ball of black fur.

They had another, slightly older cat named Wilson. I was drawn to him on the website but wasn’t sure about him because he was FIV. While there I bent down to pet him. He placed his paws on my shoulders and proceeded to head butt my nose.

I was still so hesitant because of his disease. I was still bruised from losing K and wasn’t sure I could handle an FIV Kitty. I left to ponder what was I going to do. A few days went by and I couldn’t stop thinking about Wilson.

After much research and conversations with my vet, I decided Wilson needed a good home and he was coming with me. I called and made arrangements to adopt him. I was excited to once again have another furry friend with me but thought do I need two??

I couldn’t stop thinking about the shy, fluffy kitten who was so small he could sit in my hand. I made the decision right then and there. If he was still there, he was coming too. I realized it would take two kitties to fill the void of K Kitty.

I am now the proud owner of two crazy cats, Wilson and Binx. Wilson is healthy and thriving. Binx is no longer shy. They run and jump throughout the house. They are insane and make me so happy.

They play tag, lock each other in the bathroom and even managed to figure out how to turn on my Shop Vac.

There is never a dull moment. They make me laugh so much!