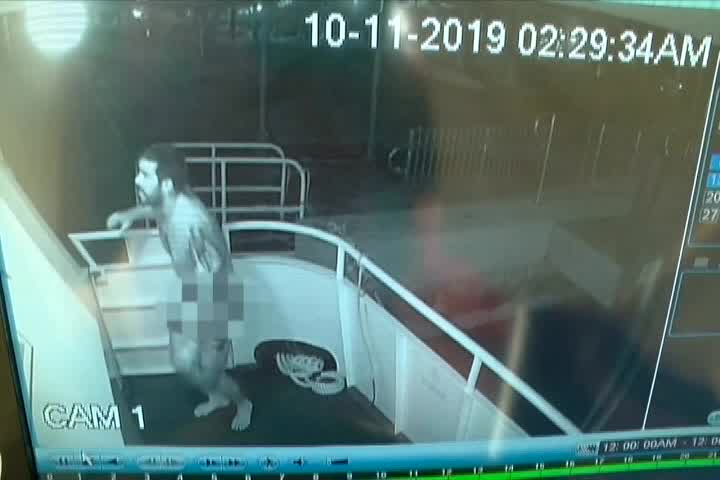 DELRAY BEACH, Fla. (CNN) — Police in Florida are searching for a man who pulled off a bold and bizarre crime all while in the buff.

The naked man was seen climbing onto a yacht in Delray Beach, Florida and stealing an American flag from the deck of the vessel.

“He goes up to the upper deck and it looks like he’s motioning to someone else behind us on the dock and he jumps in with the flag,” said Joe Reardon. “Certainly not shy.”

Joe Reardon is the owner of Delray Beach Yacht Cruises and he got an eyeful after a crew member first noticed Friday morning its American flag and wooden pole was missing.

Reardon said it’s not the first time things have gone missing from his boat.

“They take my life jackets and use them for pillows some of the homeless people do, they take my fire extinguishers and CO2 and chill their beer with it and it’s all stupid stuff, this is stupid and I get the humor in it but it adds up,” said Reardon.

“I look at it as the owner as the kid could have fallen off the 3rd deck whacked his head on the 2nd deck and now I have to deal with a dead person,” he said.

Now pictures of the naked man running through the vessel are all over social media. Whoever the man is, he is now facing charges including burglary of a vessel.

“Yea if you want to come on the boat just buy a ticket, that’s it,” said Reardon. “But you have to wear clothes.”