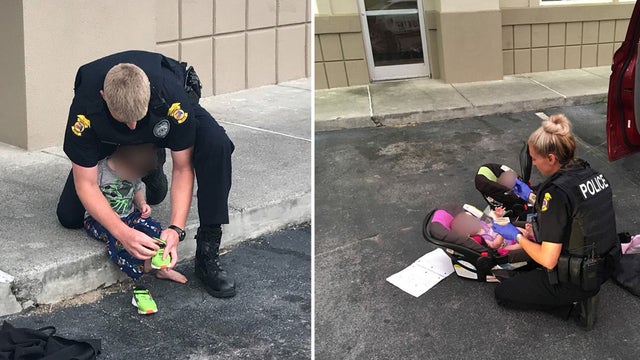 PANAMA CITY, FL (AP) – Employees of a Florida IHOP found a naked toddler from Ohio wandering the parking lot, with the parents passed out, likely from a drug overdose, in a nearby van.

Panama City, Florida police said that the employees were unable to wake 24-year-old Jordyn Freeman and 27-year-old Randy McMillin, both of whom were under the influence of drugs.

Police say two 9-month-old children were also found in the van, along with drugs and drug paraphernalia. They say one of the twins was covered in blankets and pillows.

Police say the soiled children were given clean clothes and diapers and placed with the state Department of Children and Families.

The Ohio couple was arrested on multiple charges including methamphetamine possession.