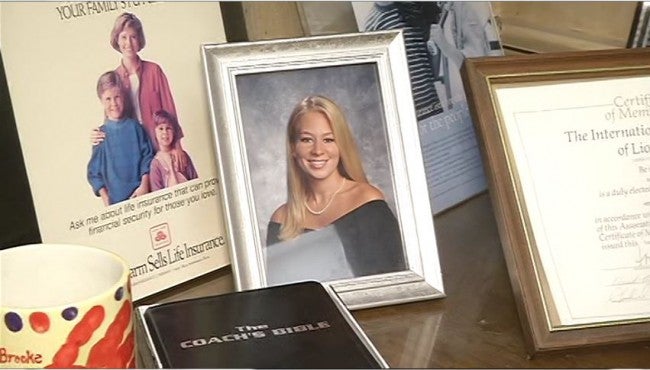 MERIDIAN, Ms. (WIAT) – Ten years after Natalee Holloway vanished in Aruba, new information is still developing in her case. On Tuesday, Aruban authorities ruled out claims by a witness who says he knows what happened to the Mountain Brook teen.

However, a private investigator hired by Holloway’s father believes that witness is telling the truth.

Holloway says he is not giving up hope that he will one day find closure in his daughter’s disappearance.

After Joran van der Sloot went to prison for murder in an unrelated 2010 case, Holloway says he felt a sense of closure.

“We lived through what would be a parent’s worst nightmare,” said Holloway.

These past few weeks Holloway says his foundation has been rocked after man, who claims he witnessed Natalee Holloway’s killing, has come forward. His name is Jurrien de Jong, and this is not the first time he has tried to tell his story.

“He kind of fell by the wayside. I think he was trying to make efforts over the years to get someone to pay attention to him. I remember I said, ‘look, if you’ll go to the police department and file a police report, then maybe I’ll pay attention to what you have to say.’ And he wouldn’t do it. And I didn’t realize why he wouldn’t do it until just recently he explained that he was involved in illegal activities,” Holloway said.

Holloway says his private investigator talked to Jurrien de Jong over the phone and used a voice analysis tool to test for deception.

“He called me back a day or so later and said, ‘look Dave. This guy is telling the truth,’” said Holloway.

The witness says he saw Natalee and Joran at a part of the Marriott hotel that was under construction in 2005. The witness told police he saw them come inside the construction area that was surrounded by a chain length fence.  They went out of his sight for five minutes.

“Then all of a sudden he brought Natalee down the steps in his arms. He laid her down on [a construction] platform and jumped off on the ground. He grabbed her and threw her off on the ground. Then he went a little ways and started digging under the platform area. He said he dug a hole and put her up under there. Then he covered the hole back up and walked out of the gate barefooted,” Holloway recalls.

Holloway says he remembers seeing the construction area surrounded by the fence. He also remembers that no one felt led to look inside the fence because they didn’t think anyone could get in that area.

“Whether I believe him or not, I can’t struggle with the ‘what if.’ What if it is true? And what can I do to satisfy my mind in a potential clue that could solve the case,” said Holloway.

Holloway says the Marriott is waiting on a warrant from Aruban police before they will allow a search.

“For them to indicate that they will make their decision in a month or two kind of tells me that they have no intentions of doing it. Simply to not do it, they need to give me a reason. A very good reason,” Holloway said.

While there have been many promising leads that have come and gone throughout the past ten years, Holloways says one thing that has never changed is the love for his daughter.