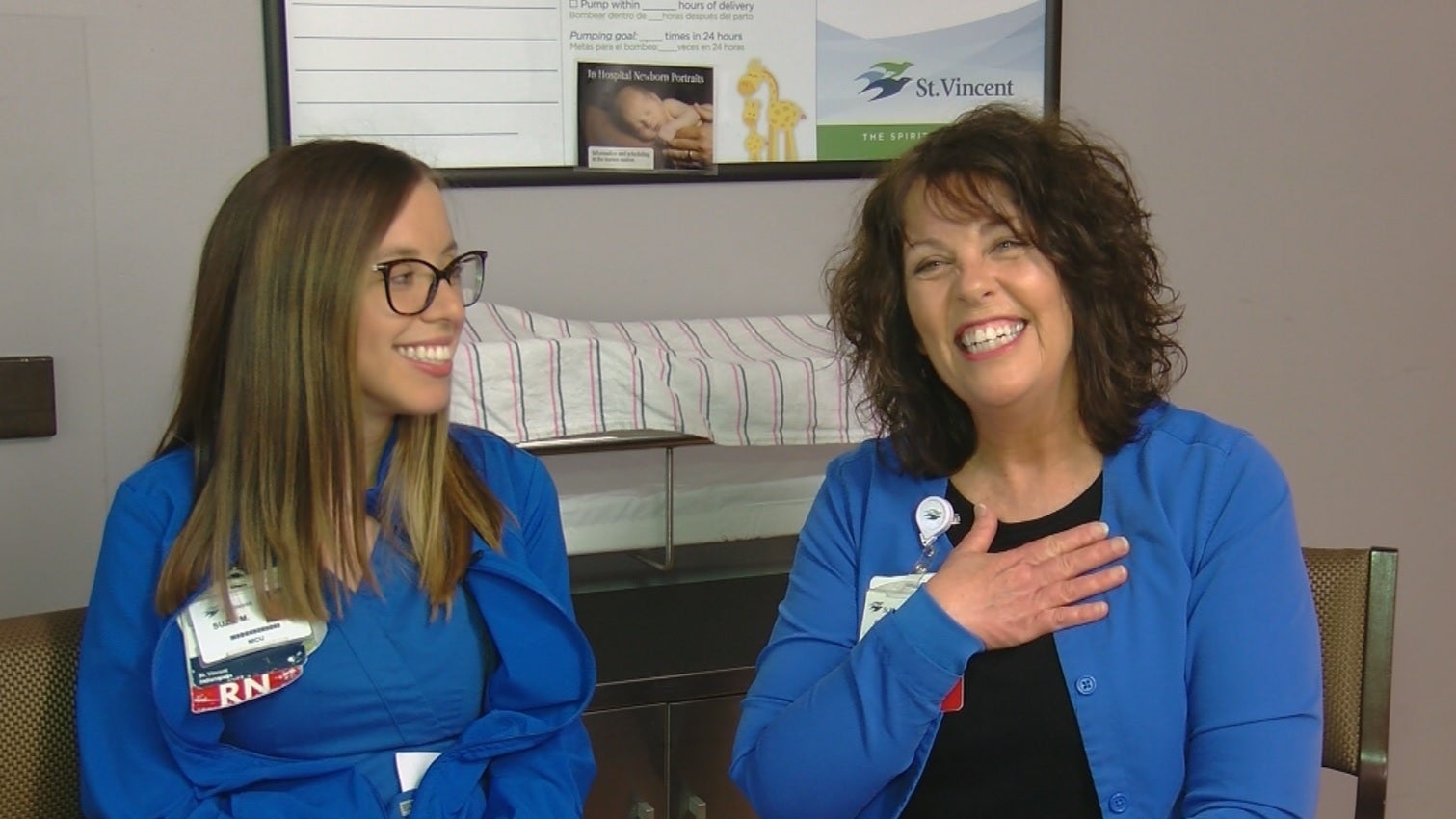 INDIANAPOLIS (WISH) – This week is National Nurses Week. It’s a week to honor the women and men for what they do to save lives and keep us healthy.

For a pair of Central Indiana nurses, this time of year is especially meaningful.

That’s because it almost didn’t happen.

Cathy Johnson has been a nurse in Indianapolis for 40 years.

She says she originally wanted to be an airline stewardess. But, a fear of heights led her all the way to the next booth at a school career fair.

Now, Cathy has been a Maternal Fetal Medicine nurse at St .Vincent Women’s Hospital since 1977.

She says seeing life brought into the world is often the best job in the world. But during difficult cases, it can be the toughest job.

Cathy saw the hard side first hand about 30 years ago. At 16 weeks pregnant with twins, she went into labor.

She says if the babies had been born at 16 weeks, they wouldn’t have survived.

She had a team of colleagues who suddenly became her healthcare providers. And her knowledge and experience as a labor unit nurse helped keep her calm. Cathy was able to carry her girls and deliver them at 37 weeks.

They needed resuscitation but avoided the NICU. The same NICU her daughter Suzie Miles would someday work in.

Suzie says her mom’s passion for her work is what inspired her to follow in Cathy’s footsteps. She even landed a job at St. Vincent working alongside her mother and other nurses who helped deliver her.

“My mom always had a real passion for what she did. It radiated from her. It’s a part of who she is. It always has been,” said Suzie.

Cathy chimed in saying, “When I go up there and I see her taking care of patients that I’ve taken care of, it just brings me so much comfort.”

Suzie isn’t a mother yet, but she said if she has kids, she would encourage a career in nursing.

Although according to her, it takes a special kind of person to become one.