1,500 pounds of methamphetamine worth $112 million seized 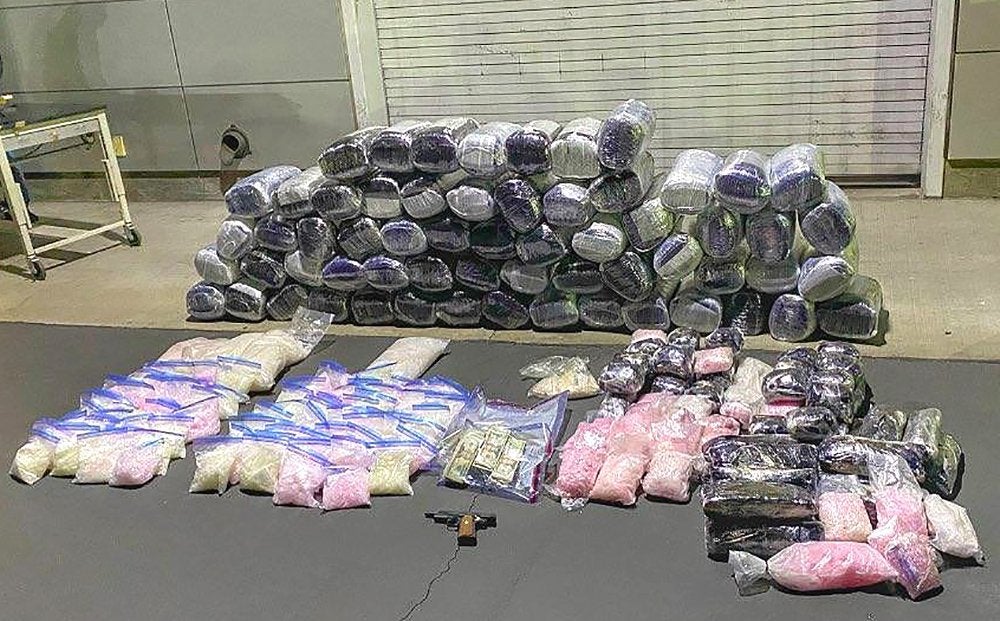 PARAMOUNT, California (KCAL/KCBS) — The FBI says a joint investigation with the LAPD into organized crime resulted in the seizure of $112 million worth of methamphetamine.

The FBI Los Angeles’ office tweeted an image of several bags and bricks of drugs, cash and a gun they say was seized from a location in Paramount.

The investigation apparently involved a new cartel out of Jalisco, Mexico “facilitating the movement of fentanyl, cocaine, heroin & meth in LA & elsewhere,” the FBI’s tweet said.

More than 1,500 pounds of methamphetamine, worth approximately $112 million, were seized from the unspecified location. No further information was released about the investigation.