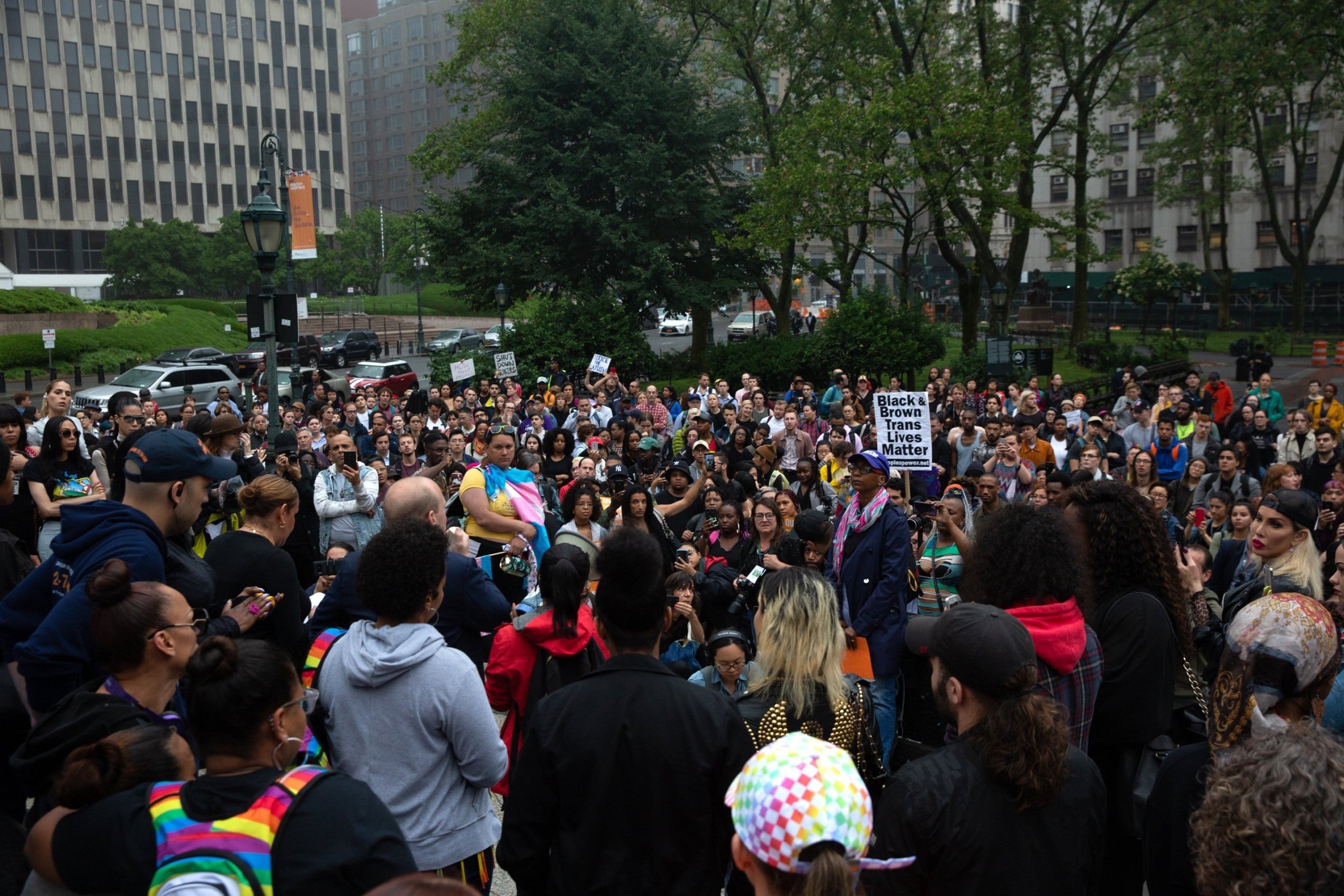 (CNN) — More than a dozen corrections officers will be disciplined in connection with the death of Layleen Cubilette-Polanco, a transgender woman held at New York’s Rikers Island jail, city officials said.

Three officers and a captain of the New York City Department of Correction were suspended without pay immediately, Mayor Bill de Blasio said in a statement on Friday. Thirteen other uniformed staff are facing disciplinary action but officials did not discuss their status.

“The death of Layleen Polanco was an incredibly painful moment for our city,” de Blasio said. “What happened to Layleen was absolutely unacceptable and it is critical that there is accountability.”

Cubilette-Polanco, 27, died last year of complications from epilepsy while she was in “punitive segregation,” also known as solitary confinement, according to her autopsy and corrections officials.

She had been arrested on misdemeanor charges of assault and harassment, court records show. She was taken into custody because she missed court dates as part of an alternative to incarceration program stemming from prostitution charges, according to court records.

She was sent to jail because she couldn’t afford the $500 bail, her family said.

Polanco was placed in what it called a restrictive housing unit at the Rose M. Singer Center on May 30, 2019, after she was adjudicated for an assault that injured another person in custody, the Department of Corrections said.

She was found unresponsive in her cell on June 7, 2019. When her autopsy was released, her family received records confirming that Polanco suffered multiple seizures while on Rikers Island, according to her family’s attorney, David Shanies.

Her death renewed the conversation about the perils of cash bail, pretrial detention and other policies that civil rights groups say contribute to the criminalization of transgender women of color and other vulnerable communities.

The announcement of the disciplinary actions comes after the decision by the Bronx district attorney’s office earlier this month not to file criminal charges after completing a six-month investigation into Cubilette-Polanco’s death.

Prosecutors concluded that they “would be unable to prove beyond a reasonable doubt that any individual committed any crime associated with Ms. Polanco’s demise,” Bronx District Attorney Darcel Clark said in a statement.

But Clark said investigators found that corrections officers failed to follow the department’s policy to observe inmates in punitive segregation at least once every 15 minutes at irregular intervals.

“In this case, they allowed 47 minutes to pass between tours of Ms. Polanco’s cell. This violation was referred to DOC for appropriate administrative action,” Clark said.

The DOC describes the restrictive housing unit as a joint program with Correctional Health Services designed to “incentivize participation in mental health programs.” Residents of the unit receive up to seven hours a day outside of their cell for programming and services and entertainment.