2 arrested after violent clashes between Trump supporters, counter-protesters in Oregon 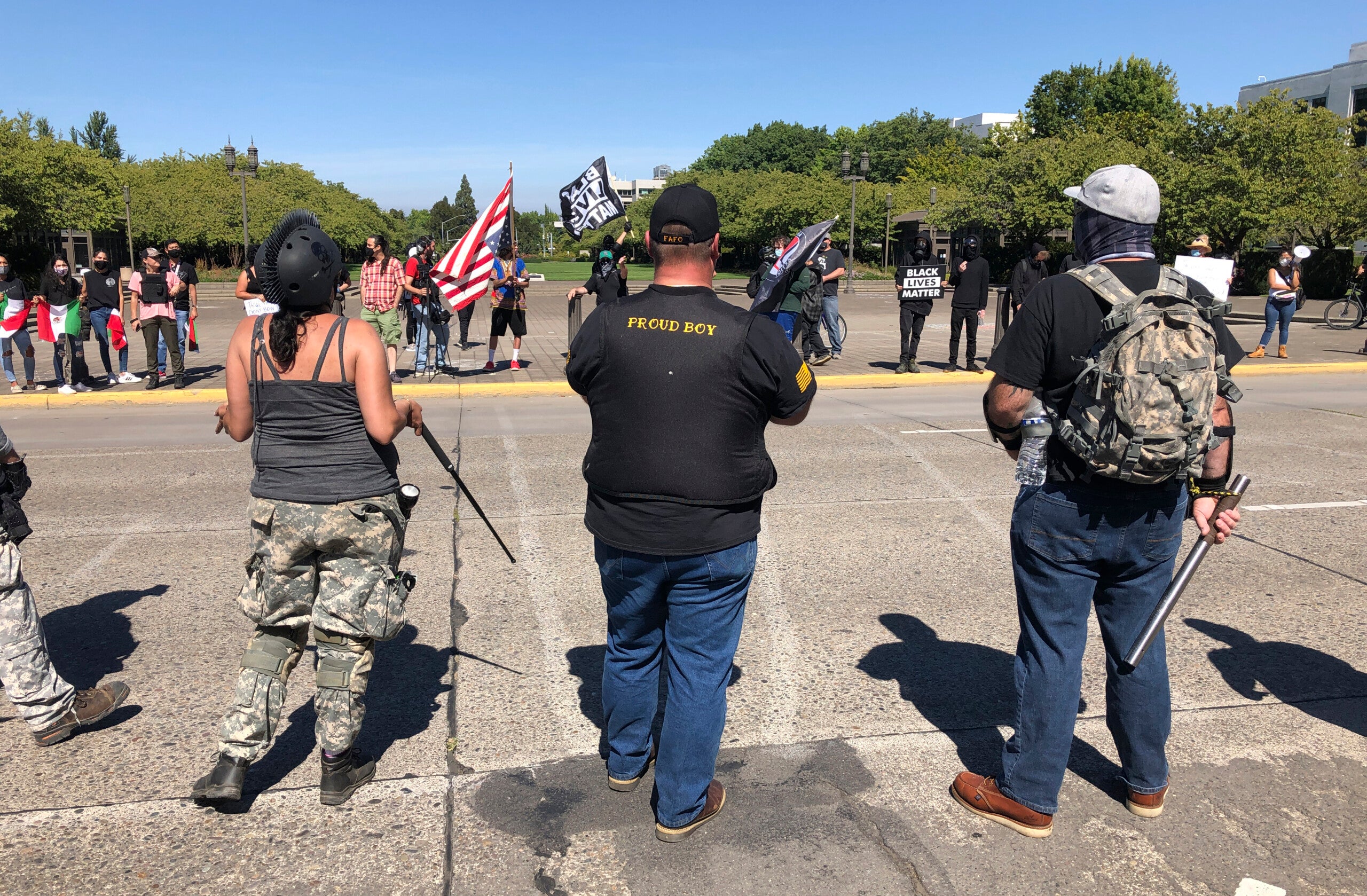 The incident took place Monday afternoon at an American Lives Matter rally and march outside of the Oregon State Capitol in Salem. It comes after Portland, just 45 miles away, marked its 100th consecutive night of protests since George Floyd’s death in May. For months, thousands have taken to Portland’s streets echoing cries made all across the country — demanding an end to police brutality and systemic racism. The demonstrations were reignited following the police shooting of Jacob Blake in Kenosha, Wisconsin, last month.

On Monday, a CNN reporter saw hundreds of cars and truck loads of Trump supporters gathered in Oregon City for a Labor Day caravan waving flags, honking horns and squealing tires in burnouts. Several of those participants later trickled into the Salem rally.

The caravan — which was promoted by a Facebook group called “Oregon for Trump 2020” — comes more than a week after another pro-Trump caravan descended on downtown Portland. Those crowds clashed with Black Lives Matter protesters.

A right-wing group supporter was shot and killed. Days later, as authorities moved to make an arrest, they fatally shot the man suspected in the killing, who had described himself as “100 percent anti-fascist” and said in an interview he acted in self-defense.

In Salem, about 150 people initially showed up for the pro-Trump rally, drawing about 30 to 50 counter-protesters. Another 45 to 60 people arrived from the vehicle caravan and the groups began to engage each other from each side of the street, firing what was reported to be paintballs and other projectiles at each other, according to the news release.

Members of the American Lives Matter Rally group ran across the street chasing and pushing counter-protesters through the tree line in the Capitol Mall Park, OSP said.