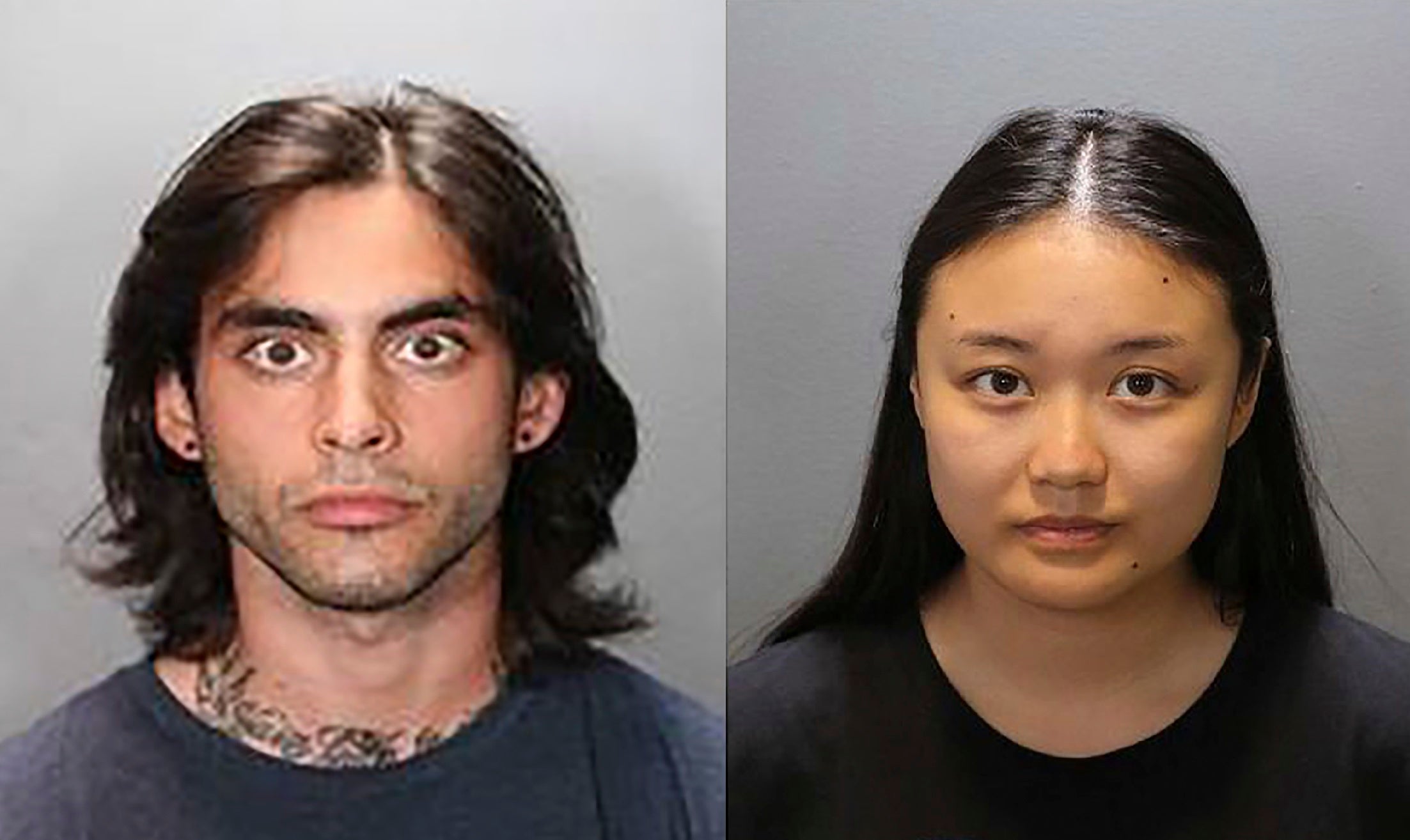 SANTA ANA, Calif. (AP) — A Southern California couple could face a murder charge over a road rage shooting that killed a 6-year-old boy last month on a freeway, authorities said.

Marcus Anthony Eriz, 24, and Wynne Lee, 23, were expected to be arraigned Tuesday in the death of Aiden Leos, who was shot as his mother drove him to kindergarten on May 21 in Orange County, southeast of Los Angeles.

According to accounts from the mother and witnesses who stopped to help her, another car cut her off and she responded with a hand gesture and the car slipped in behind her and someone inside fired a shot through the rear of her car.

Highway patrol Capt. Mike Harris said Monday that he spoke to Aiden’s mother about the arrests.

“I FaceTimed her,” he said. “I let her know what had taken place. She was very emotional.”

Eriz and Lee, who were living together as boyfriend and girlfriend, were arrested Sunday in Costa Mesa in Orange County. Authorities found a gun and car believed to have been used in the shooting but they weren’t at the arrest site, highway patrol Assistant Chief Don Goodbrand told reporters Monday.

Eriz and Lee were jailed for lack of $1 million bail each and it was not immediately clear whether they had attorneys to speak for them.

At least $500,000 in rewards had been offered from around the U.S. for information leading to an arrest in the case, authorities said.

“We had hundreds of tips from the public, it was extremely helpful,” Goodbrand said, declining to discuss more details about the reward money.

The car, which authorities described as a white Volkswagen Golf SportWagen, was relatively rare and that helped investigators who examined surveillance footage, Goodbrand said.

The Volkswagen was found at Eriz’s grandmother’s house in Whittier, but she is not implicated in the crime, the Orange County Register reported.

The gun had was discovered Eriz’s workplace in San Bernardino County, officials said.

Lee was believed to be driving the car and Eriz was in the front seat and is suspected to be the gunman, said county District Attorney Todd Spitzer, who held up a photograph of Aiden at a news conference.

Spitzer said charges being considered included murder “for doing a reckless act” that results in death and shooting into an occupied vehicle, which carries a possible sentence of seven years in state prison but with sentencing enhancements could bring 25 years to life.

Spitzer said the little boy killed doing what so many do every day — ride on the freeways — gripped Orange County, population about 3 million.

“It’s because it could have happened to any one of us,” he said.

“We’ve all gotten upset at other motorists, other motorists have been upset at us,” Spitzer said. “I’ve thrown some gestures about myself. But it’s never come to a situation of violence and certainly not in my realm or your realm to the loss of a life.”

Spitzer noted that boy was buried by the family only hours before he held his news conference.

“I do want to promise today, when Aiden was put below ground, that we will get justice for him,” Spitzer said. “We have to promise him that.”

This version corrects that the boy was shot on May 21, not April 21.