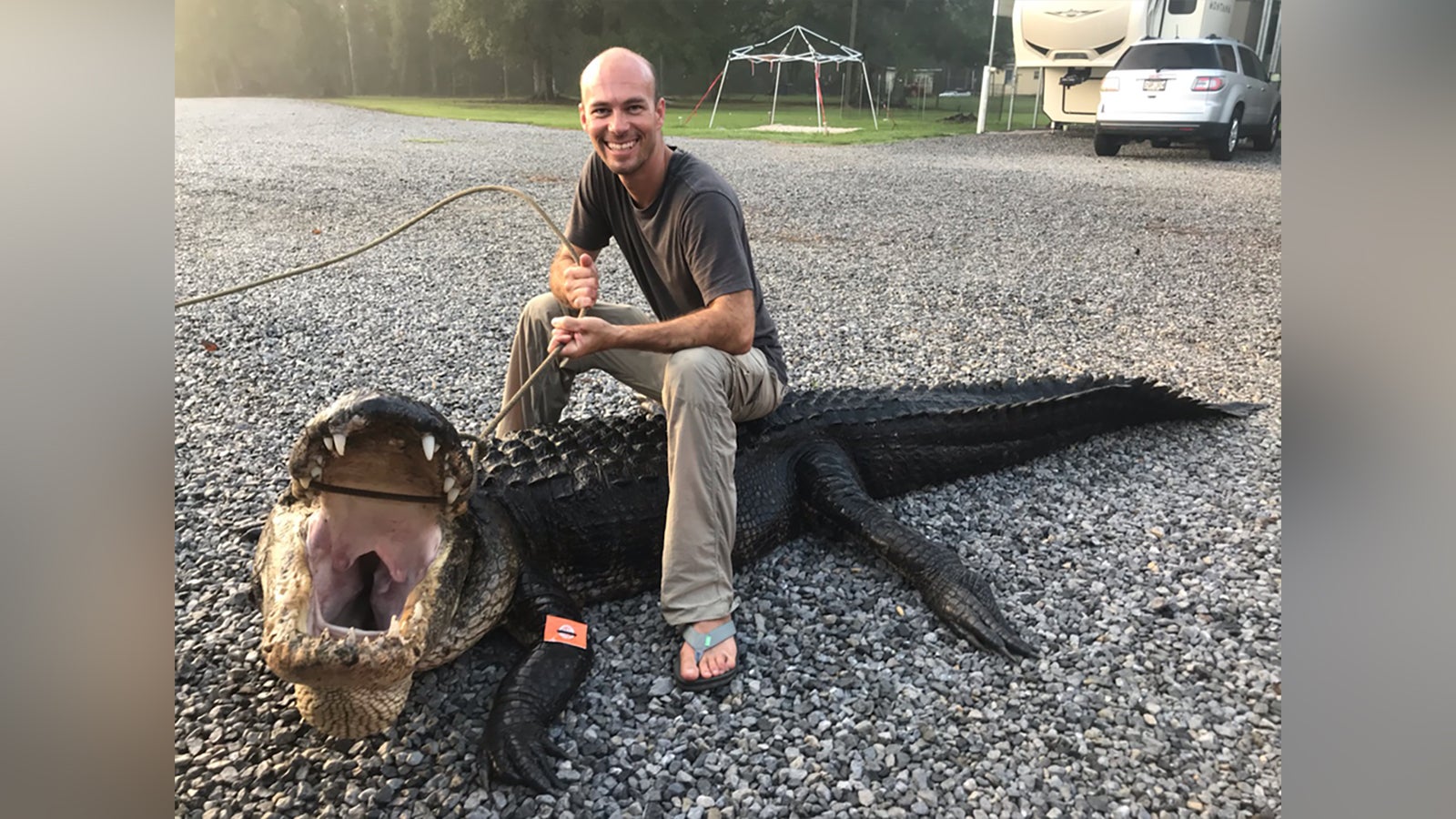 (CNN) — It was like a scene right out of “Jurassic Park” when two gator hunters pulled a massive alligator out of a Mississippi marsh.

“I said, we have a dinosaur, this thing is huge!” John Ladner told CNN.

Ladner and his friend, Derek Stiglet, were chasing a 7-foot alligator on Aug. 29 and didn’t expect to find something much bigger.

The two were in Ladner’s 14-foot johnboat and knew the 7-footer would be a perfect fit. However, when they lost the trail at a split in the marsh, they started chasing something else.

“My buddy was on the front of the boat … and just saw a gator eye and said, ‘It’s over there!’ … when we hooked it we thought it was a log because it wasn’t moving like an alligator would.”

Ladner said when they pulled it up it was like the scene from “Jurassic Park” when the audience finally sees the eye and teeth of T-Rex for the first time.

Turns out, they hooked the notorious one-eyed giant of the Jourdan River. The gator weighed 477.6 pounds and was 12 feet long.

Ladner had to call a friend to come with a larger boat, since their small vessel was not going to be able to accommodate the load. They thought it was dead until it started thrashing its tail back and forth.

“The whole time we were waiting for our friend we just prayed (the gator) wouldn’t take off and flip our boat.”

It took three hours to get the gator into the boat, and when they got the gator to shore, they had to use a tractor to remove it.

A game warden came down to see just how big the catch was. It was determined that it was one of the biggest captured in Diamondhead, Mississippi, in the last 15 years.

Ladner said that the animal had over 100 pounds of meat.

“It was a once in a lifetime thing, and we are extremely thankful we got it,” Ladner said.