2 New Jersey police officers charged for allegedly punching a teenager, lying about it 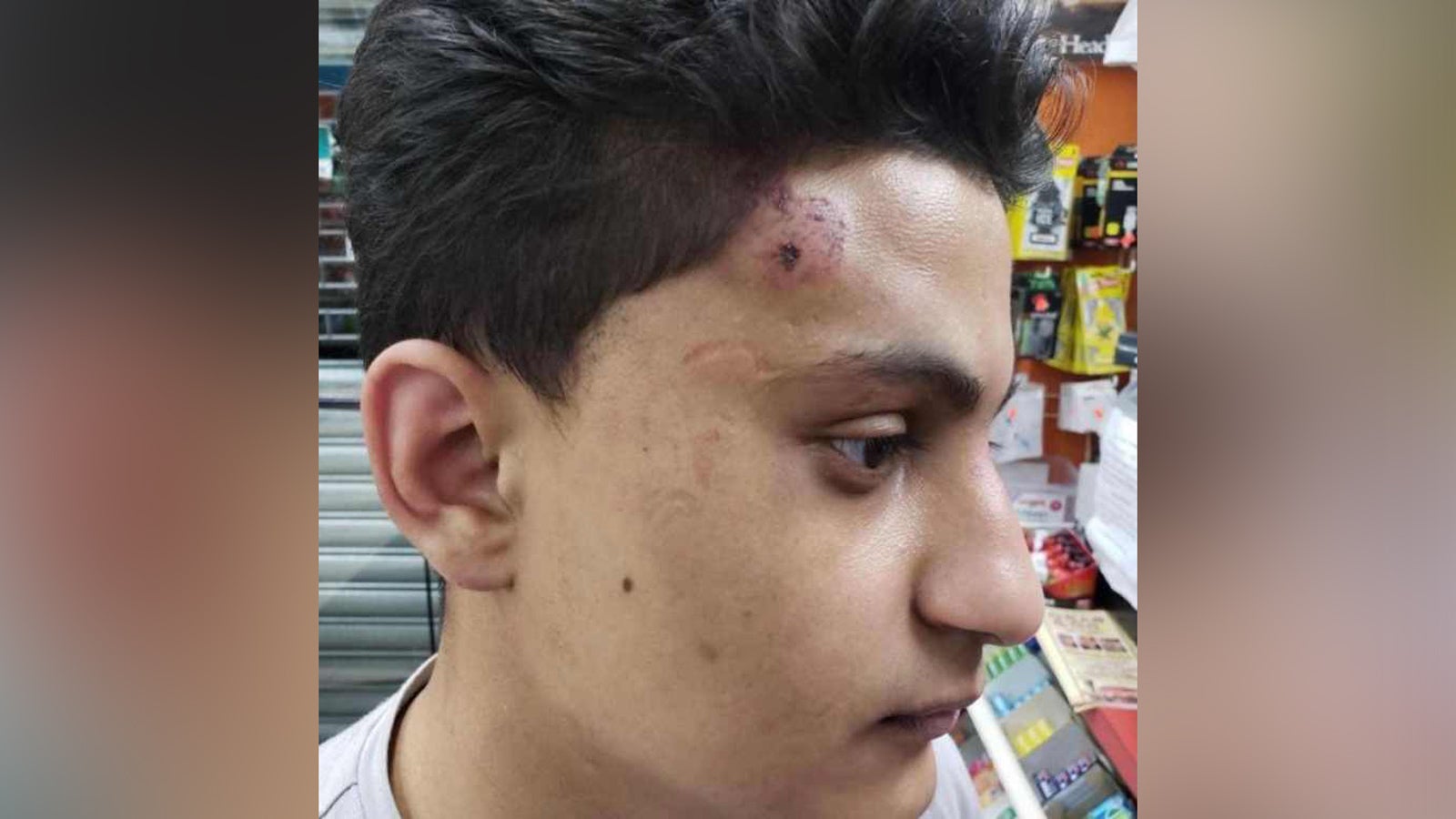 Two New Jersey police officers are facing civil rights and obstruction of justice charges for allegedly assaulting an Arab teenager and then lying about it on a police report, according to the New Jersey US Attorney's Office. (Provided Photo/CAIR-NJ via CNN)
by: Adam Staten
Posted: Apr 28, 2021 / 09:46 AM EST / Updated: Apr 28, 2021 / 09:47 AM EST

(CNN) — Two New Jersey police officers are facing civil rights and obstruction of justice charges for allegedly assaulting an Arab American teenager and then lying about it on a police report, according to the New Jersey US Attorney’s Office.

Paterson Police Officers Kevin Patino and Kendry Tineo-Restituyo appeared before Magistrate Judge Andre Espinosa on Tuesday to face charges that they allegedly deprived Osamah Alsaidi, then 19, of his constitutional right to be free from unreasonable searches and seizures and then lied about the incident on a police report, court documents state. The December 2020 incident was captured on surveillance video and prompted an investigation by the New Jersey Attorney General’s Office in February.

Both Patino, 29, and Tineo-Restituyo, 28, turned themselves in to authorities on Tuesday and have been released on $50,000 bonds on the conditions that they both surrender all travel documents and firearms. Patino has also been ordered to undergo mental health testing. Neither of them entered a plea during Tuesday’s court proceeding.

Michael Koribanics, an attorney for Tineo-Restituyo, told CNN that he has no comment on the case at this time.

Anthony Iacullo, Patino’s attorney, said in a statement that he is “confident” in the process that “will vindicate Officer Patino and establishing that his actions, based on the totality of what transpired that night, were appropriate.”

Iacullo also said conclusions should not be reached “based upon a limited portion of the exchange which happened to be captured on video.”

“We understand that this is just the first step in obtaining justice for Mr. Alsaidi, but it is an important one — the fact that detectives, agents and prosecutors who investigated this believe they have enough evidence to try the officers on these charges,” the attorneys said in a statement. “We are also very mindful of the importance of the video in this case as a jury does not have to decide who to believe — the victim or the officer — they can see it for themselves.”

New Jersey Attorney General Gurbir Grewal announced in February that his office was investigating the incident, during which Alsaidi was seen on surveillance video being assaulted by multiple police officers just after midnight on December 14, 2020. In the video, two Paterson police officers are seen briefly talking to Alsaidi before grabbing him and punching him repeatedly.

Alsaidi, who was on his way to his 1 a.m. shift at Amazon, sustained multiple physical injuries as a result, including head trauma, a concussion and multiple cuts and bruises, as well as anxiety, stress and depression, Navas said at the time.

Prosecutors allege in court documents that both Patino and Tineo-Restituyo approached Alsaidi, who was walking with his hands in his pockets, and grabbed hold of him, punched him multiple times, threw him to the ground, and continued to assault him while he was on the ground. The officers had been responding to a call of a “suspicious person,” according to a criminal complaint.

Patino and Tineo-Restituyo also stand accused of making numerous false statements in a police report about the incident.

“For instance, the police report falsely stated that the victim had walked towards the officers ‘screaming profanities’ and ‘acting belligerent’ and that the victim had struck Patino with a closed fist in the chest. None of this was true,” a press release from the New Jersey US Attorney’s Office states.

“We have and will always cooperate with our Federal, State and County Counterparts, including always routinely sending complaints of police misconduct to the Prosecutor’s Office for its review, and assisting with several investigations focused on police accountability,” the police department statement said.