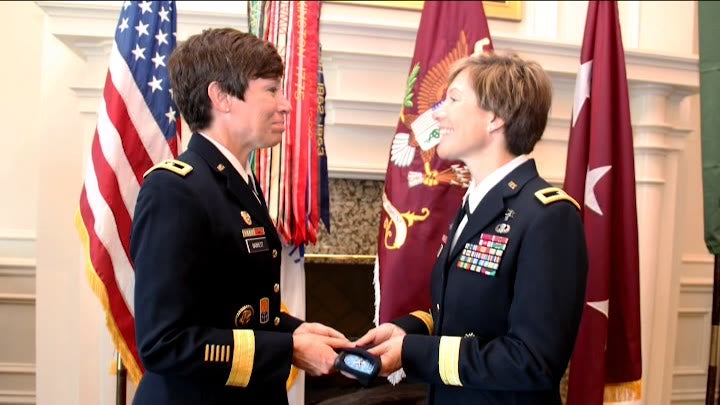 The US Army believes they are the first ever pair of sister generals.

Major General Maria Barrett is the commanding general of NETCOM. And her younger sister Brigadier General Paula Lodi was promoted in July and is the deputy chief of staff for operations at the surgeon general’s office.

The sisters grew up just outside of Boston and are close enough in age that they played soccer together on the same high school team.

The historic set of sister generals might even repeat history. An Army spokesperson says Brigadier General Lodi has two daughters in the Army, suggesting perhaps they will become generals as well someday.