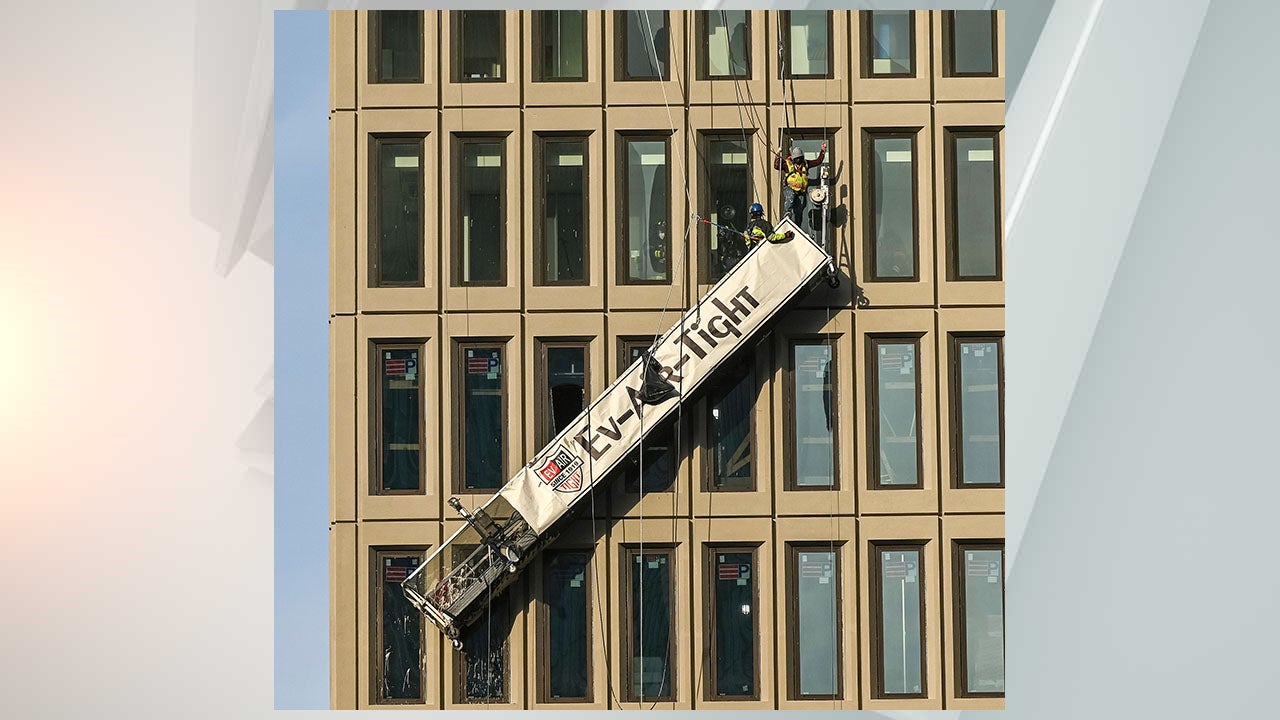 A worker stands on the end of a dangling scaffold as he waits to be rescued following an explosion at Baltimore Gas and Electric's offices, Wednesday, Dec. 23, 2020. Twenty-one of the victims were brought to area hospitals following the explosion with a partial roof collapse. The city’s fire department tweeted that at least nine of the victims were in critical condition, while another was in serious condition. (Jerry Jackson/The Baltimore Sun via AP)
by: Sheena Jones, CNN
Posted: Dec 23, 2020 / 04:51 PM EST / Updated: Dec 23, 2020 / 04:57 PM EST

(CNN) — At least 23 people were injured, nine critically, after a partial roof collapse and explosion Wednesday in downtown Baltimore, according to the fire department.

The incident occurred at the Baltimore Gas and Electric (BGE) building, according to a tweet from the Baltimore City Fire Department.

Twenty-one people were transported to an area hospital and two people declined treatment. Nine people were in critical condition and one person was in serious condition, the fire department said.

The incident is likely construction-related and not from natural gas, and occurred while crews were working on the building’s air handling and boiler system, a release from BGE says.

The building was largely empty because of the upcoming holiday and pandemic, according to the release, and the fire Department and BGE crews will continue investigating.

The official cause is unknown at this time, a tweet from the fire department says.