(CNN) — U.S. investigators have opened 275 criminal cases and charged roughly 98 individuals in connection to last week’s pro-President Donald Trump riot at the U.S. Capitol, federal officials said Friday, emphasizing they are focused on rounding up the most violent offenders.

That number will easily grow to over 300 by the end of the day, Michael Sherwin, acting U.S. attorney for the District of Columbia, told reporters during Friday’s news conference.

The update comes as federal investigators are chasing thousands of leads in twin efforts to prosecute people involved in last week’s attack on the U.S. Capitol and to try to prevent feared follow-up attacks in Washington, DC, and around the country.

The challenge, FBI and Department of Justice officials say, is “unprecedented,” particularly given the growing concerns about possible protests around the country this weekend and planning around what will be the most heavily fortified presidential inauguration in modern U.S. history.

“If this investigation was a football game, we’d still be in the first quarter,” Steven D’Antuono of the FBI’s Washington Field Office said Friday, making clear the arrests and charges levied so far are only the beginning.

At the same time, a more complete picture of what occurred inside the Capitol last week is coming into view after a week of arrests and charges.

Shocking new details show the riot was extraordinarily violent and posed mortal danger to the top members of the U.S. government — revelations that have only fueled anxiety about the days ahead.

Investigators are looking at the possibility that some members of Congress unwittingly provided tours in the days before the rally to people who later were part of the mob that stormed the Capitol, a U.S. law enforcement official told CNN.

No evidence so far has emerged to show complicity by members of Congress, but prosecutors are examining whether some people may have used tours to familiarize themselves with the Capitol building layout, the official added.

Several Democratic House members have expressed concern that some GOP lawmakers were somehow aiding rioters. The idea of an insurrection is unheard of in modern U.S. history, and the possibility that lawmakers or allies inside the Capitol were helping only contributes to the uncertainty and worry about the event and what’s to come.

During Friday’s news conference, law enforcement officials did not deny they are investigating the allegations that some lawmakers were involved in the riot.

When pressed on the matter, D’Antuono would only say the FBI will “leave no stone unturned” and is “looking at every piece of the puzzle.”

He and other officials did not elaborate on those investigations, however.

So far, Sherwin said, officials have not found “direct” evidence of a kill-capture plot — as federal prosecutors had initially alleged in a court filing that said Capitol rioters sought to “capture and assassinate elected officials.” But they are pursuing that possibility as part of the investigation based on the evidence they have, CNN had learned, and Sherwin added that counterterrorism prosecutors are still looking at coordination between groups.

Later on Friday, however, the Justice Department prosecutors formally walked back their assertion that Capitol rioters wanted to assassinate officials.

Sherwin didn’t say specifically any lawmakers or members of law enforcement were under investigation. “We’re looking at significant felony cases tied to sedition and conspiracy,” he told reporters.

But Sherwin added, “Our office organized a strike force of very senior national security prosecutors and public corruption prosecutors. Their only marching orders from me are to build seditious and conspiracy charges related to the most heinous acts that occurred in the Capitol.”

As such, prosecutors are working toward a sedition case and if they establish direct evidence of plans to capture and or kill members of Congress, they will bring those charges.

Authorities are investigating a growing number of current law enforcement officers who allegedly participated in the riots.

“Unfortunately as this case goes on we’re seeing indications that law enforcement officers, both former and current, maybe who have been off duty, participating in this riot activity,” Sherwin said Friday.

“We don’t care what your profession is, who you are, who you are affiliated with, if you are conducting or engaged in criminal activity, we will charge you and you will be arrested,” Sherwin said.

Additionally, D’Antuono said Friday that the most “egregious” of the pro-Trump extremists from last week’s Capitol attack are the ones who are charged with assaulting law enforcement.

Charges have already been filed against individuals like Robert Sanford and Peter Francis Stager and others who may be charged are “a priority for the FBI and our partners.”

“You attack one of us, you attack all of us,” D’Antuono said.

Sanford, a retired firefighter, was arrested on Thursday in Pennsylvania and accused of throwing a fire extinguisher that hit three police officers in the head while they were in part of the crowd on a Capitol terrace. Sanford now faces four federal criminal charges related to the riot, including assaulting, resisting or impeding officers on duty.

Stager, of Arkansas, faces a criminal charge related to allegedly beating a uniformed officer. He allegedly used a flagpole that had an American flag on it to hit the officer as he lay on the ground surrounded by the mob, according to court records in DC District Court.

There are no known arrests related to the death of Capitol Police officer Brian Sicknick but the FBI is investigating “several” people, two law enforcement officials told CNN.

Earlier Friday, D’Antuono said his investigators are “making progress” on the investigation into the death of the officer.

The incident with Sanford is unrelated, he added.

D’Antuono said investigators are looking at “anyone and everyone” who may be involved, but did not give specifics on the scope of the investigation.

The New York Times was first to report multiple people were being looked at in the probe.

Even though some federal defendants related to the riots are self-surrendering, they will not be able to cut deals where their defense attorneys negotiate with prosecutors at this time.

“We’re not cutting deals with anyone. Even if people are self-reporting, they will be held accountable,” Sherwin said.

Sometimes in large investigations, prosecutors allow defendants to negotiate down their charges if they offer law enforcement assistance.

Prosecutors have noted in court filings how several charged defendants have already spoken to investigators about the riot and how many have posted about their experience or footage they took of the riots on social media.

Meanwhile, new revelations have emerged about what took place inside the Capitol on Jan. 6.

Vice President Mike Pence came closer than initially known to the mob, according to new reporting from The Washington Post that stresses the level of danger he and other government leaders faced.

Some of the pro-Trump rioters who rampaged the Capitol were heard screaming “where’s Mike Pence” and seen on video shouting “hang Mike Pence” — upset that Pence was doing his constitutional duty to certify the November election results.

Pence, per the Post, remained in the Senate chamber for about 14 minutes after Capitol Police reported the initial attempted breach of the building.

The vice president, along with second lady Karen Pence and their daughter Charlotte Pence Bond, were then rushed into a room near the Senate floor.

About one minute after Pence was moved, the Post said, a handful of the rioters made it up the stairs to reach the second floor landing outside the Senate entrance. Capitol Police officer Eugene Goodman heroically led the group of rioters in the opposite direction, away from the Senate chambers’ entrance.

Pence and his family were in a hideaway “less than 100 feet from that landing,” the Post reported, citing three people familiar with his whereabouts.

If the rioters had arrived seconds earlier, they would have been in eyesight of the vice president as he was rushed across a reception hall into the office, the Post suggested, adding that Pence later was moved to a more secure location.

The FBI and the Department of Homeland Security failed to issue threat assessments about the potential for violence at the Capitol ahead of Jan. 6, according to a source familiar with the matter and a senior DHS official.

The FBI did not formally distribute a report on potential threats ahead of the attack despite warning signs and online chatter suggesting there could be violence, according to a source familiar with the matter.

Additionally, the DHS intelligence division did not issue a specific warning about the possibility of violence on Jan. 6, according to two DHS officials, but did author and disseminate several assessments highlighting potential threats surrounding election season.

Typically, the FBI and DHS will produce a joint threat assessment for high-profile events and send it to law enforcement officials and relevant stakeholders. But no such report was compiled by either agency for the Jan. 6 attack.

The FBI referred CNN to comments made earlier this week by D’Antuono.

“In the weeks leading up to the Jan. 6 rally, the FBI worked internally with every FBI field office to ensure they were looking for any intelligence they may have developed about potential violence during the rally on Jan. 6. We developed some intelligence that a number of individuals were planning to travel to the D.C. area with intentions to cause violence,” D’Antuono said on Tuesday.

“We immediately shared that information and action was taken, as demonstrated by the arrest of Enrique Tarrio by the Metropolitan Police Department the night before the rally,” he added, referring to the leader of the Proud Boys.

But lawmakers on both sides of the aisle have raised concerns that an intelligence failure occurred and, as a result, members and police in Washington were in the dark about what proved to be a serious threat. As a result, the Senate and House Intelligence committees have pushed the intelligence community and DHS to share information about their preparations for Biden’s inauguration, citing the Jan. 6 events as evidence for increased communication.

A senior DHS official told CNN the agency had not anticipated the factors that contributed to the deadly situation at the Capitol.

“I think we could not anticipate how the day unfolded, or the extent to which people perceived, again, whether or not the President was telling them to go do something,” the official said. The DHS official also pointed to the issues with Capitol security but said that is not under their purview for review.

When asked if the President’s rhetoric last week inspired the incursion on the Capitol, the official deferred to the FBI and its investigation, adding that “whenever a high-profile individual attends a protest, particularly when there’s opposing sides, it could be a mobilization factor for any violent extremists.”

The official added: “Despite the large amount of chatter, it really was unclear to us at least how big the protests would be,” adding that “it’s extremely difficult to determine what’s aspirational and rhetoric and what’s the actual true threat.”

A spokesperson for the DHS Intelligence & Analysis Office told CNN: “DHS I&A has produced numerous intelligence reports highlighting the heightened threat environment during the 2020-2021 election season, including the extent to which the political transition and political polarization are contributing to the mobilization of individuals to commit violence. To the extent press reports suggest that I&A did not believe events such as the certification of the electoral college in effect presented a heightened threat environment, they are incorrect.”

The most recent assessment of those reports (prior to the Capitol attack) was sent to state and local officials on December 30, another DHS official said. 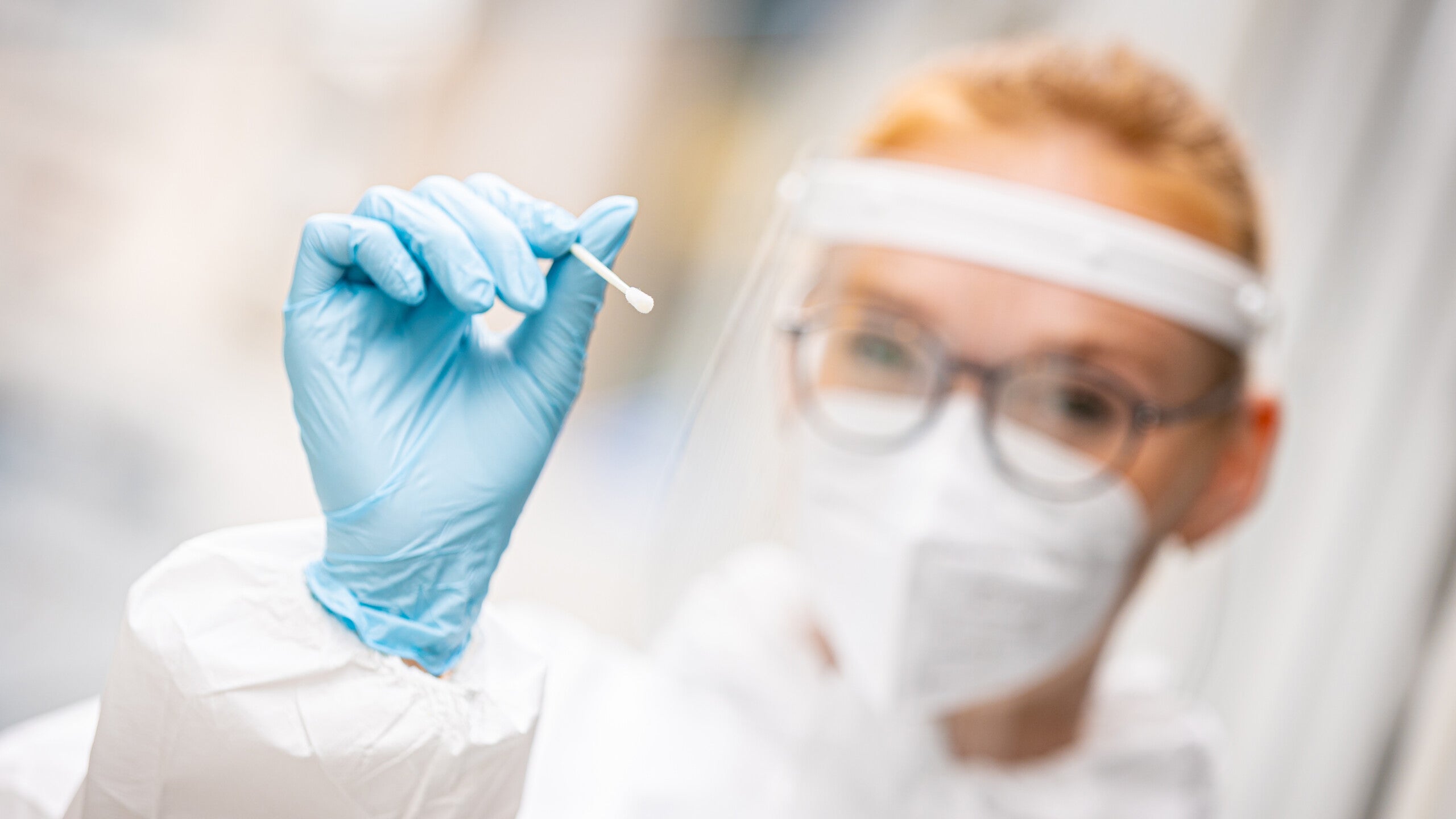