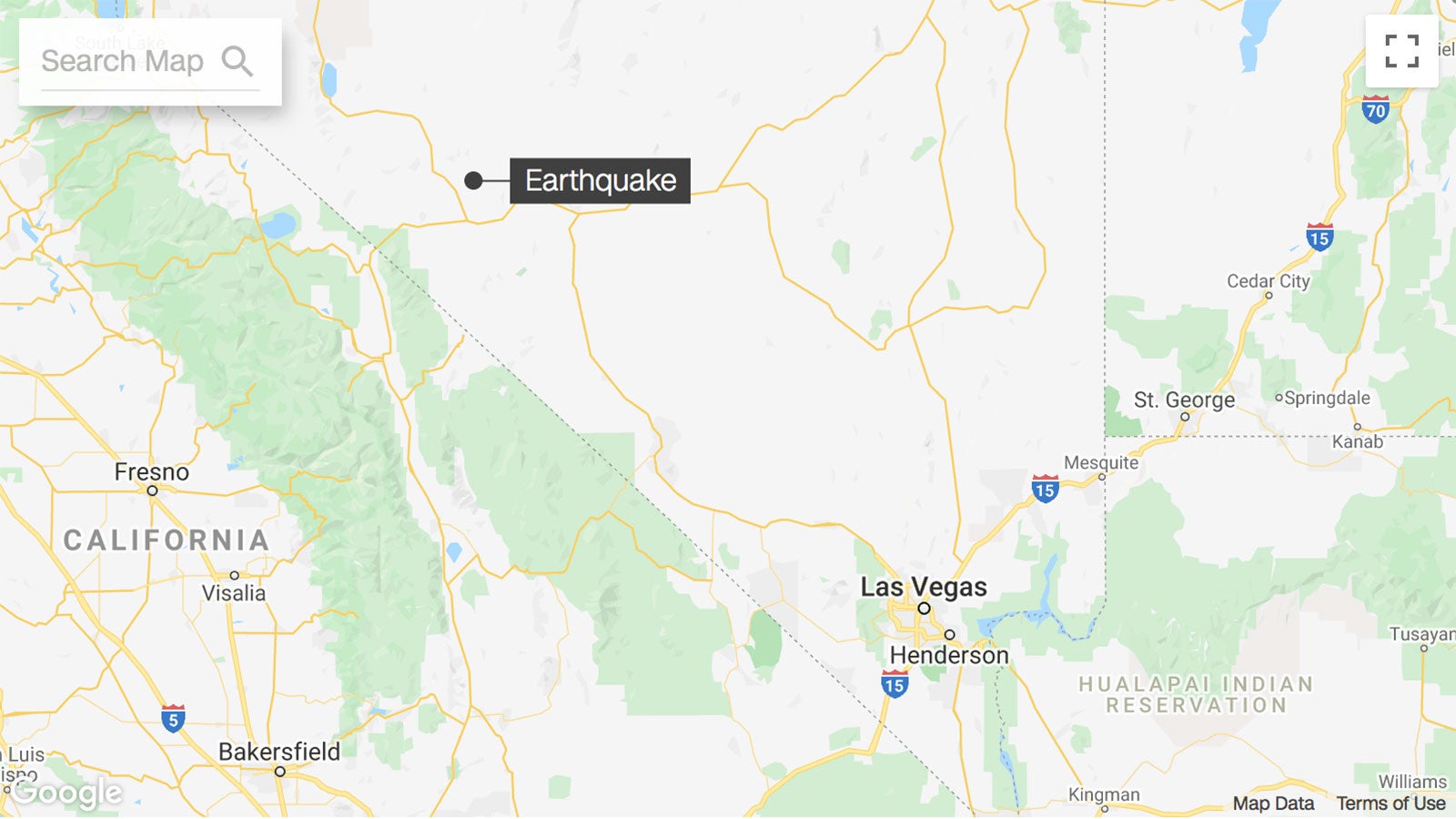 (CNN) — An earthquake with a revised magnitude of 6.5 hit Nevada on Friday morning, about 225 miles northwest of Las Vegas near the California border, the US Geological Survey says.

The quake occurred at 4:03 a.m. local time, the USGS says. It was 4.7 miles deep. At least four aftershocks were reported.

It was about 35 miles west of the town of Tonopah, east of the Sierra Nevada range.

“There have been almost 8,000 ‘Did you feel it’ reports, with people logging into USGS to report it,” Laustsen said.

The USGS gave an initial report of a 6.4 magnitude.

The revised ranking makes the quake the first large one since 1954, said Graham Kent, director of the Nevada Seismological Laboratory.

“As the third most seismic state in the nation, we kind of had a streak of not having big earthquakes for 66 years,” Kent said.

“This was a magnitude 6.5, and it was certainly felt in the Reno-Tahoe area, and also throughout the San Joaquin and Sacramento valleys in California,” Kent said.

The Nye County Sheriff’s office took video of the damage to US 95 in Esmeralda County.

“As you can see, the highway has shifted at mile marker Esmeralda 89,” Nye County Sheriff Sharon Wehrly says in the video. “A Nye County patrol is on the way to Gabbs to meet with the townspeople, assess damage, and assist them.”

Wehrly also said that they have discovered some broken windows in Tonopah.

Esmeralda County Sheriff’s Deputy Jacob Stritenberger felt the main earthquake and it was the biggest one he’s ever experienced, he said.

Deputies are checking out reported damage on US 95.

“North- and southbound is undriveable around mile marker 89,” Stritenberger said. “According to people who called it in, it’s buckled really bad.”