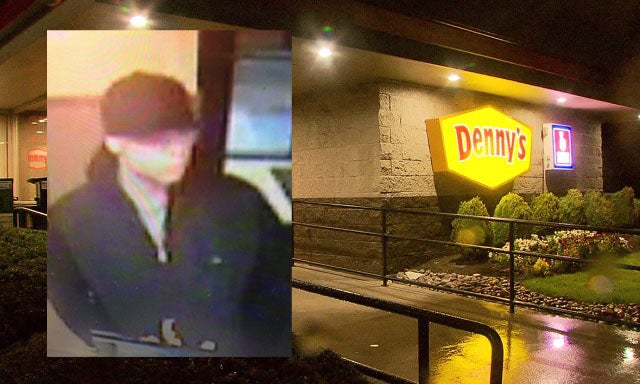 CLACKAMAS, Ore. (KOIN) – A 69-year-old man was critically injured Wednesday night after another man lit him on fire inside a restaurant.

The Clackamas County Sheriff’s Office says the suspect walked into the Denny’s at 12101 Southeast 82nd Avenue around 9 p.m. and sat down in a booth next to the victim.

Video from the incident, which hasn’t been released to the public, shows the suspect dumping an ‘unknown liquid’ and ‘tossing a lit’ item onto the victim.

A large flash was then seen and the suspect ran out of the restaurant.

Clackamas County Fire Department was called to the scene and smelled gasoline inside the building and coming from the victim.

Officials tell KOIN 6 News the victim was taken to Legacy Emanuel Medical Center in North Portland with critical injuries. His name has not been released.

Sergeant Jason Ritter of the Clackamas County Sheriff’s Office said they believe the incident was random. Ritter said because of the victim’s injuries, homicide detectives are handling the case.

Ritter added that as of early Thursday, there is no indication the attack was a hate crime. The spokesperson cautioned that the investigation was still on-going.

KOIN 6 News has confirmed that detectives are also investigating a “like-incident” that occurred on Monday at a movie theater.

Sergeant Brian Jensen told KOIN 6 News earlier this week that “a subject had what we think is gasoline splashed on them.” Jensen cautioned that the person who could be perceived as the victim in Monday’s incident “was not cooperative with our deputies and apparently found the situation humorous.”

The person from Monday’s incident “refused to press any charges and only gave a vague description of a ‘suspect,’” according to Jensen.

Ritter said the two incidents were being investigated separately.

Anyone with information on the case is asked to call the Clackamas County Sheriff’s Office at 503-723-4949.