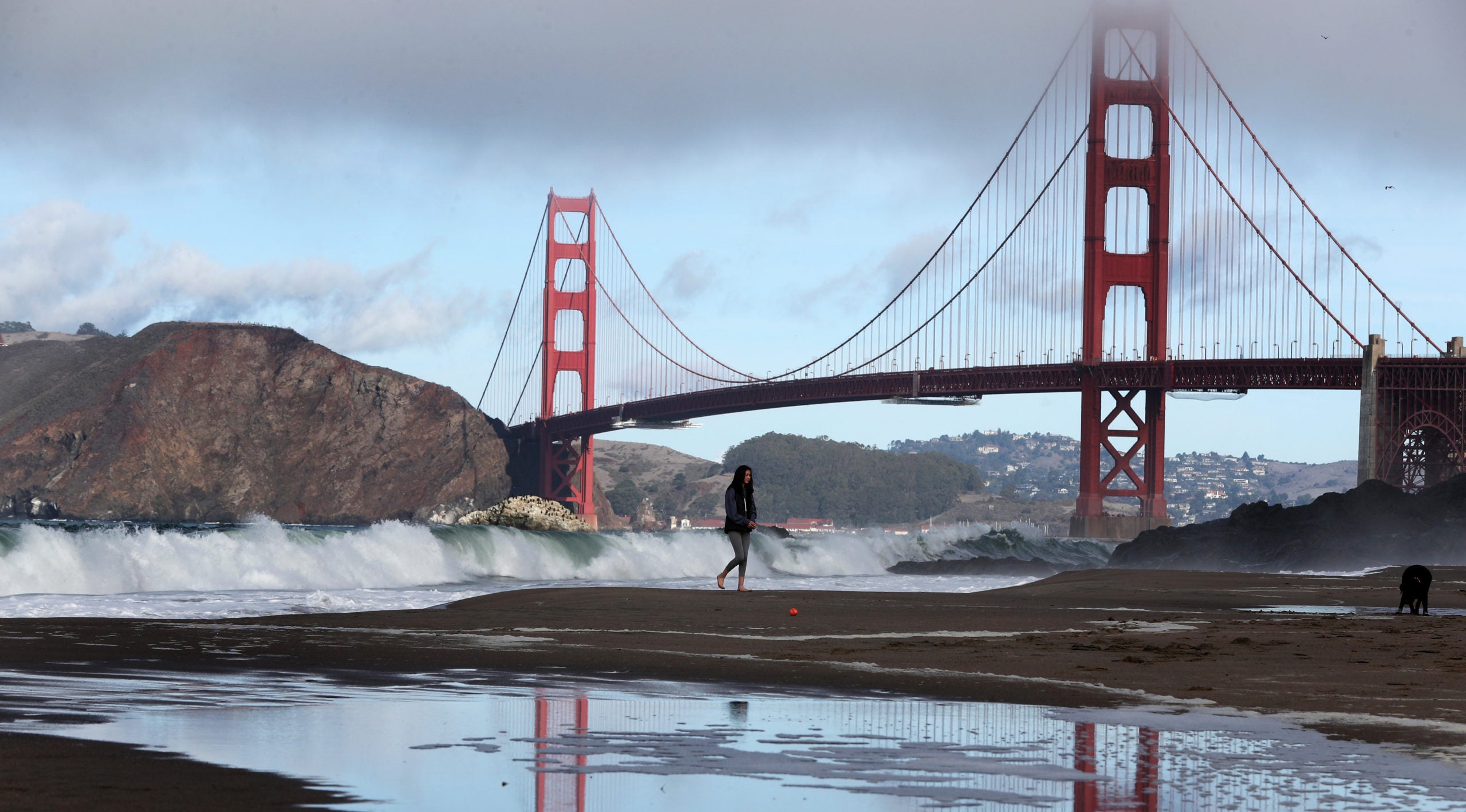 The order says residents must stay inside and venture out only for necessities for three weeks starting Tuesday in a desperate attempt by officials to curb the spread of the novel coronavirus.

“I know today’s order is a radical step. It has to be. We need to act now, all of us, to protect the public health,” said Dr. Grant Colfax, director of the San Francisco Department of Public Health.

If affects the counties of San Francisco, Marin, Santa Clara, San Mateo, Contra Costa and Alameda, which includes the cities of Berkeley and Oakland.

“History will not forgive us for waiting an hour more,” said San Jose Mayor Sam Liccardo, whose city is the most populous in the Bay Area and the epicenter of the area’s outbreak. “This is our generation’s great test, our moment to stand tougher as a community. Amid our collective fears, we will find our uncommon courage.”

In Southern California, Los Angeles and San Diego counties — the state’s two largest, with a combined 13.4 million people — ordered bars to close and restaurants to stay open only for pickup, drive-thru or delivery orders.

“We can’t sit back and wait for the federal government to do anything. Unfortunately, they have not been as proactive as they should in recognizing this is a crisis throughout the world,” she said.

The Bay Area order tells people to work from home unless they provide essential services such as public safety, sanitation and medical services.

But daily life will change dramatically in what Breed called the “new normal, temporarily, to protect public health.”

Most people will have to work from home. The order says residents can go out only for “essential activities” — like buying food, seeing a doctor or caring for a family member — and only “essential” businesses and government functions can remain open, including health care, public transportation, hardware stores, garbage collection, gas stations, laundromats and banks.

Restaurants will be open only for takeout.

All gyms and bars will have to close. Outdoor exercise is fine, as long as people practice social distancing, Colfax said.

California’s national parks and state parks remained open, but many parks said they were shutting indoor spaces, including visitor centers and museums.

“You can still walk your dog or go on a hike with another person, as long as you keep 6 feet between you,” Colfax said. He said officials from the six counties met over the weekend and determined the unprecedented measures were necessary to slow the virus’ spread, shield those most vulnerable to the disease and protect health care workers who are on the front lines of fighting it.

Kevin Jones, general manager of Buena Vista Cafe, an iconic San Francisco restaurant that has been a draw for tourists since 1952 in the popular Fisherman’s Wharf, said the order is “going to hurt, but our duty is to protect our employees and our customers.”

The cafe was the only one open Monday in one of the city’s busiest tourist areas, and was almost full. He said he’s worried about its 58 employees being able to pay their rent; owners and managers decided any perishable foods would go to the workers.

The dramatic step came as officials across California took increasingly strident steps to separate people and contain the spread of coronavirus.

On Sunday, Gov. Gavin Newsom urged the state’s 5.3 million people who are 65 and older and those with chronic health conditions to isolate at home. He also called for all bars, wineries, nightclubs and brewpubs in California to close.

California has confirmed at least 335 cases of the virus and seven deaths. The virus usually causes only mild or moderate symptoms, such as fever and cough, but can be deadly for older people and those with underlying health conditions.

The state has increased the number of available hospital beds and will reopen shuttered medical centers in the coming days.

Most of California’s public schools were shut starting Monday for several weeks. Newsom said an estimated 85% of California’s 6 million public school students will be out of their classrooms this week. Many districts are arranging for meal pickups for families that depend on schools for breakfast and lunch.

Also Monday, Los Angeles County announced it was closing bars, restaurants, gyms and certain other businesses after the cities of Los Angeles, Pasadena and Santa Monica took similar aggressive steps. San Diego County said it will ban gatherings of 50 or more people and prohibit public and private schools and universities from holding any campus events with students present.

Across California, long lines persisted at some grocery stores despite officials saying there’s no need to hoard supplies.

Shoppers flocked to the Berkeley Bowl grocery store in West Berkeley after seeing online reports about the virtual shutdown before officials announced it.

“I saw the headline and got this pit in my stomach,” Caroline Park, 38, said as she put on plastic gloves before pushing a shopping cart into the store. “I was going to shop for the week anyway. I’m not here to hoard.” By 2 p.m. the line to the store snaked around the block after store managers shut the entrance to limit the number of shoppers inside.

Responding to panic buying earlier in the day, executives of major grocery chains said at Los Angeles news conference that supply chains are in good shape and clerks are working to restock shelves and clean.

“There is plenty of product,” said Bryan Kaltenbach, president of Kroger’s Food 4 Less.

Near San Diego State University, Will Remsbottom’s Scrimshaw Coffee had just three people, and one was an employee washing windows.

“I’m just struggling with this moral conundrum of remaining open and being a potential spreader versus closing and not being able to pay my employees,” he said.

AP reporters John Antczak and John Rogers in Los Angeles, Jocelyn Gecker in San Francisco, Daisy Nguyen in Berkeley, Amy Taxin in Orange County and Julie Watson and Elliot Spagat in San Diego contributed to this report. The Associated Press receives support for health and science coverage from the Howard Hughes Medical Institute’s Department of Science Education. The AP is solely responsible for all content.