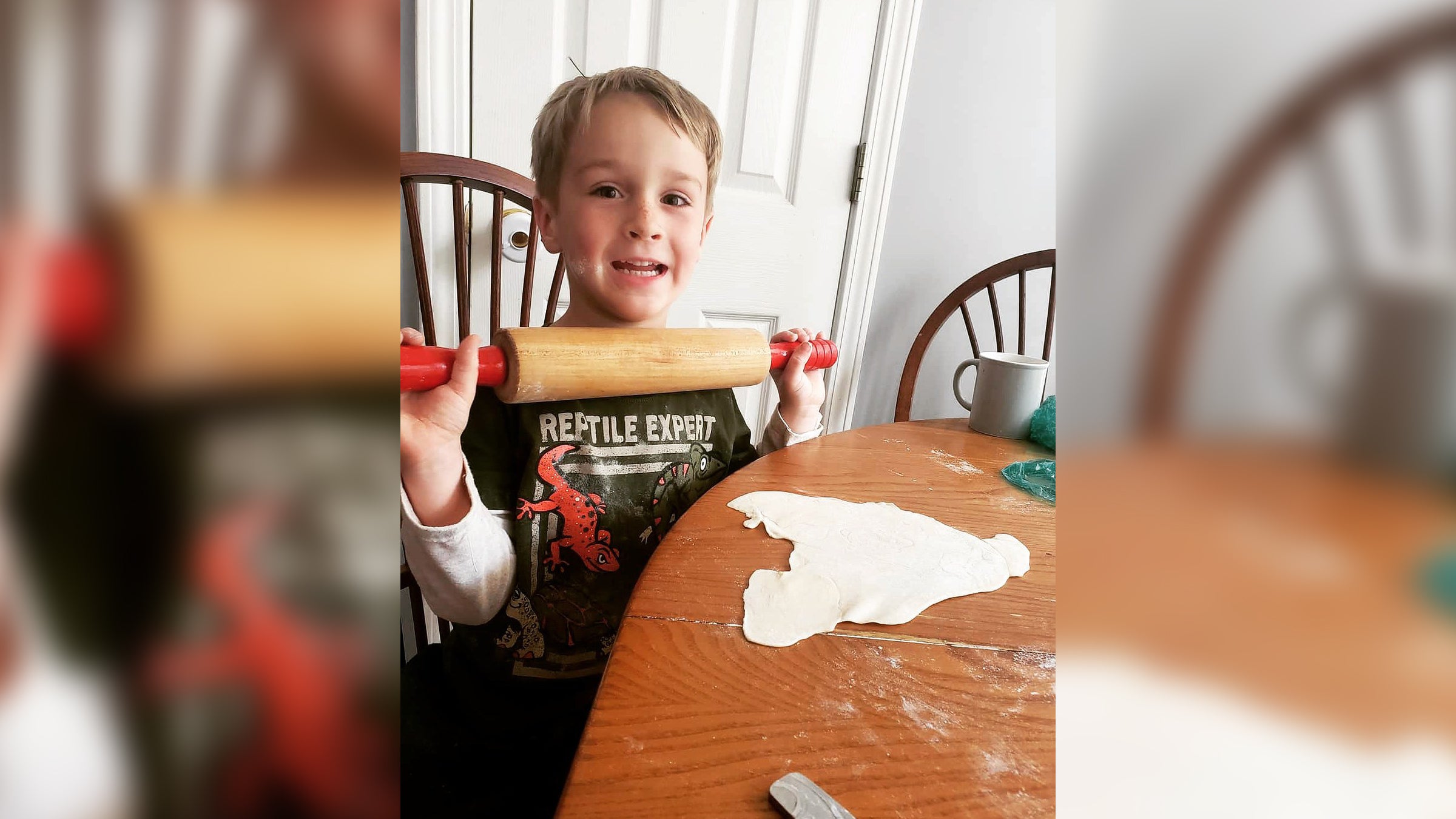 (CNN) — A young boy in Conway, South Carolina, is making a big difference in his community, one act of kindness at a time.

Feeding the hungry and mowing lawns for busy first responders and single mothers are just a few of the ways Greyson Winfield is making a positive impact.

With the help of his parents, the 8-year-old started an organization called Helping Footprint — which collects donations that are then used to buy gift cards for food or to help pay bills for area families. The son of two former firefighters has grown up around acts of service, which inspired him to do his part in his community — and work toward becoming a man like President John F. Kennedy, said Greyson.

Greyson wants to be a Navy SEAL because “helping others is the right thing to do. Also, JFK was in the Navy before becoming president and I want to follow his lead,” he said.

Although he’s still much too young to be a SEAL, Greyson is already doing what he can as a fourth grader. He started Helping Footprint in hopes of making the world a better place, he said.

Through the organization, Greyson has also donated Christmas gifts to less fortunate children. “I want to help people,” he said. “There are other people who have nobody to help them and it’s the right thing to do.”

Help has been more needed than ever during the coronavirus pandemic. Greyson’s mother, Stevie, said her son was very emotional when it all began. “He asked how people will keep their homes and feed their children if they aren’t working. That is truly what started Helping Footprint take off,” she said.

So far Greyson has delivered gift cards for food to six families and cut nine lawns with his brother and foster brother’s help. The boys plan to mow five lawns each week.

Greyson’s 6-year-old brother Garrett also volunteers his time to Helping Footprint. Garrett wants to be a chef, so he makes snack bags and dumplings to provide meals for those in need.

“The boys have helped many people along the way,” his mother said. “Many more than we can count.”