81-year-old student to graduate from USF 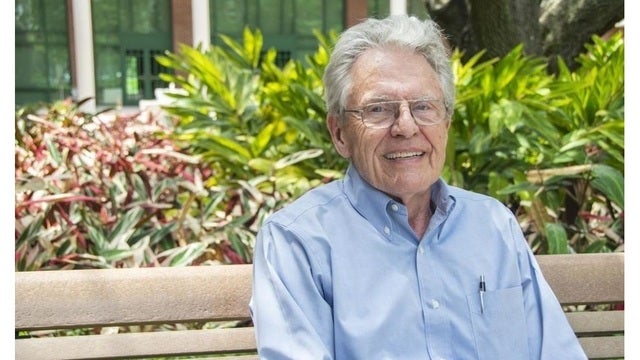 (WFLA) – John Voelpel will tell you it’s never too late to make a career change.

The 81-year-old will be the oldest person to walk across the stage when he graduates from the University of South Florida this week, earning his Ph.D. in Philosophy, according to the school’s website.

After practicing environmental law for 30 years, Voelpel returned to college in 2003 with a new outlook on life.

Like many lawyers, Voelpel had a diverse clientele and sometimes, he found himself fighting against environmental regulations, which is something he says he regrets.

With his degree, Voelpel plans to spend his time doing solution-oriented research and educating others about the environment under the guidance of USF Professor Martin Schönfeld, Ph.D.

“We must always question the larger world of which we are a part and that sustains us. As moral agents of that world, we have a responsibility to ask questions and seek answers and I believe USF is an amazing place to do that,” Voelpel said.

The University of South Florida’s Spring commencement ceremony will take place on Thursday, May 3 at the USF Tampa Sun Dome.  For more information, click here.