A family’s cat brought home a snake with two heads. We have many questions. 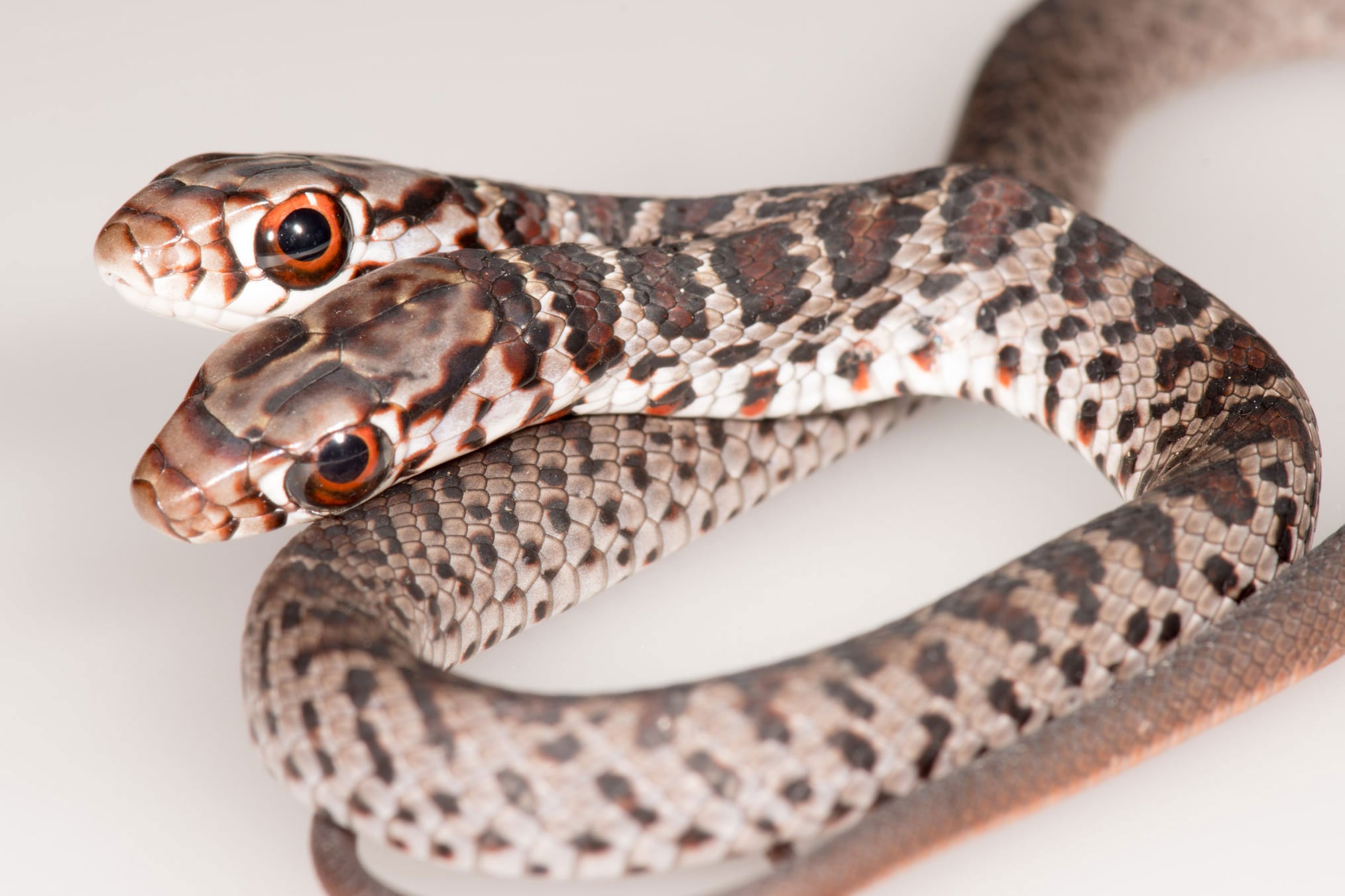 While it may not be a snake with a head on either end of its body, it’s not too far off.

And it’s definitely a rare find.

“It’s the first two-headed snake that I’ve personally seen, though I’ve observed it in turtles before,” Jonathan Mays, a herpetologist for the Florida Wildlife Conservation’s Fish and Wildlife Research Institute, told CNN.

“A two-headed copperhead was recently found in Virginia, but unfortunately died within a few weeks.”

Yes, we have the same burning questions that you do.

So is it one snake, or two?

Technically, it’s one snake. And chances are, it would not have survived in the wild for much longer.

“Two-headed snakes are unlikely to survive in the wild as the two brains make different decisions that inhibit the ability to feed or escape from predators,” the research institute wrotein a Facebook post.

Both of the snake’s heads also “tongue flick and react to movement, but not always in the same way.”

Although southern black racers are commonly found through both rural and urban areas in Florida, it can also be spotted in throughout the eastern US. They’re not venomous, but they do bite — its “needle-sharp” teeth can make you bleed.

Why does it have two heads?

The snake was originally two embryos that didn’t separate.

“This phenomenon, termed bicephaly, is uncommon but happens during embryo development when two monozygotic twins failed to separate, leaving the heads conjoined onto a single body,” the research institute wrote.

Bicephaly is found in other animals besides snakes, including pigs, goats and sharks.

Because of the snake’s inability to survive in the wild, the research institute has the snake and is monitoring its health.

“We currently have the snake and are simply trying to keep it alive as it lacks the natural ability to feed on its own,” Mays said. “Most bicephlic reptiles die within the first couple weeks due to feeding/digestion problems.”

The snake is now over a month old, and it’s been able to eat food every couple days. Once it’s in better shape, the research institute plans to place the snake in a museum or outreach programs for others to see.

More information about the snake can be found online.