A gender reveal sparked a wildfire in California that’s grown to 7,000 acres 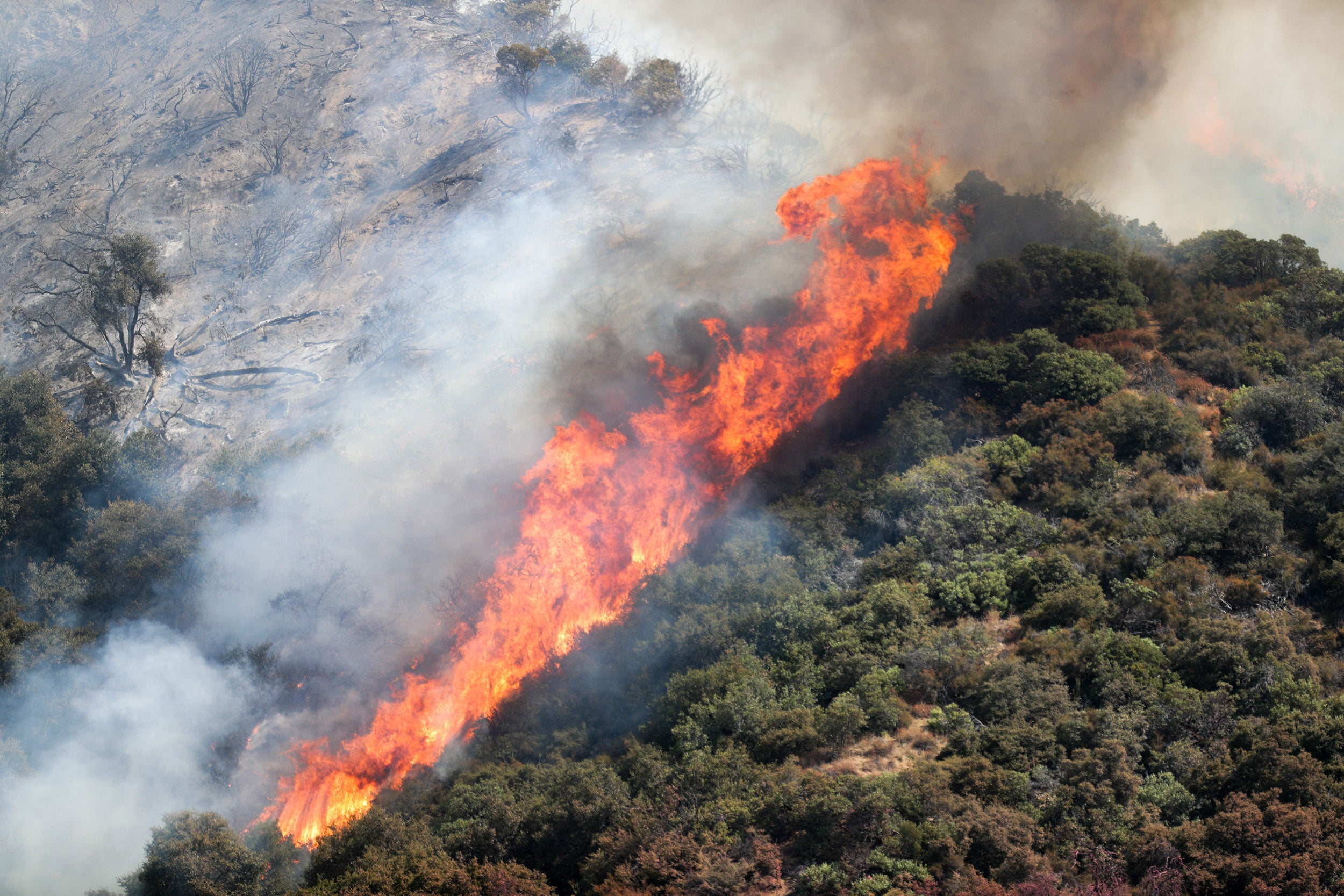 (CNN) — One of the multiple wildfires burning in California was started during a gender-reveal party, officials said.

The fire started Saturday at 10:23 a.m. PT (1:23 p.m. ET) at the El Dorado Ranch Park in Yucaipa and spread from the park north on to Yucaipa Ridge, according to the release.

It has since grown to 7,400 acres as of Monday and is just 7% contained, the Cal Fire incident website shows.

Because of the fire, the communities of Oak Glen, Yucaipa Ridge, Mountain Home Village and Forest Falls have been ordered to evacuate. An evacuation warning is in effect for the Yucaipa bench area, and Yucaipa Community Center is being used as a temporary evacuation facility, according to Cal Fire.

More than 500 personnel have been deployed to the fire, along with 60 engines and four helicopters, according to the website.

Overnight weather is expected to remain hot and dry with a relative humidity of 20%, San Bernardino National Forest said in it’s evening update on the fire. Winds will also continue at three to five miles per hour with gust up to 10 miles per hour, resulting in “active fire behavior throughout the night.”

No charges have been announced in the blaze.

A gender reveal party is an Instagram-friendly event held during pregnancy in which the parents “reveal” the baby’s sex to friends and family. That reveal can sometimes take the form of an explosion in the color of blue for a boy or pink for a girl.

In 2017, a gender reveal party in Arizona sparked a wildfire that burned nearly 47,000 acres and caused more than $8 million in damage.

The expectant father, an off-duty US Border Patrol agent, had packed the target with the explosive Tannerite and shot it with a high-powered rifle. He pleaded guilty in 2018 to a misdemeanor and was sentenced to five years’ probation and ordered to pay almost $8.2 million in restitution.