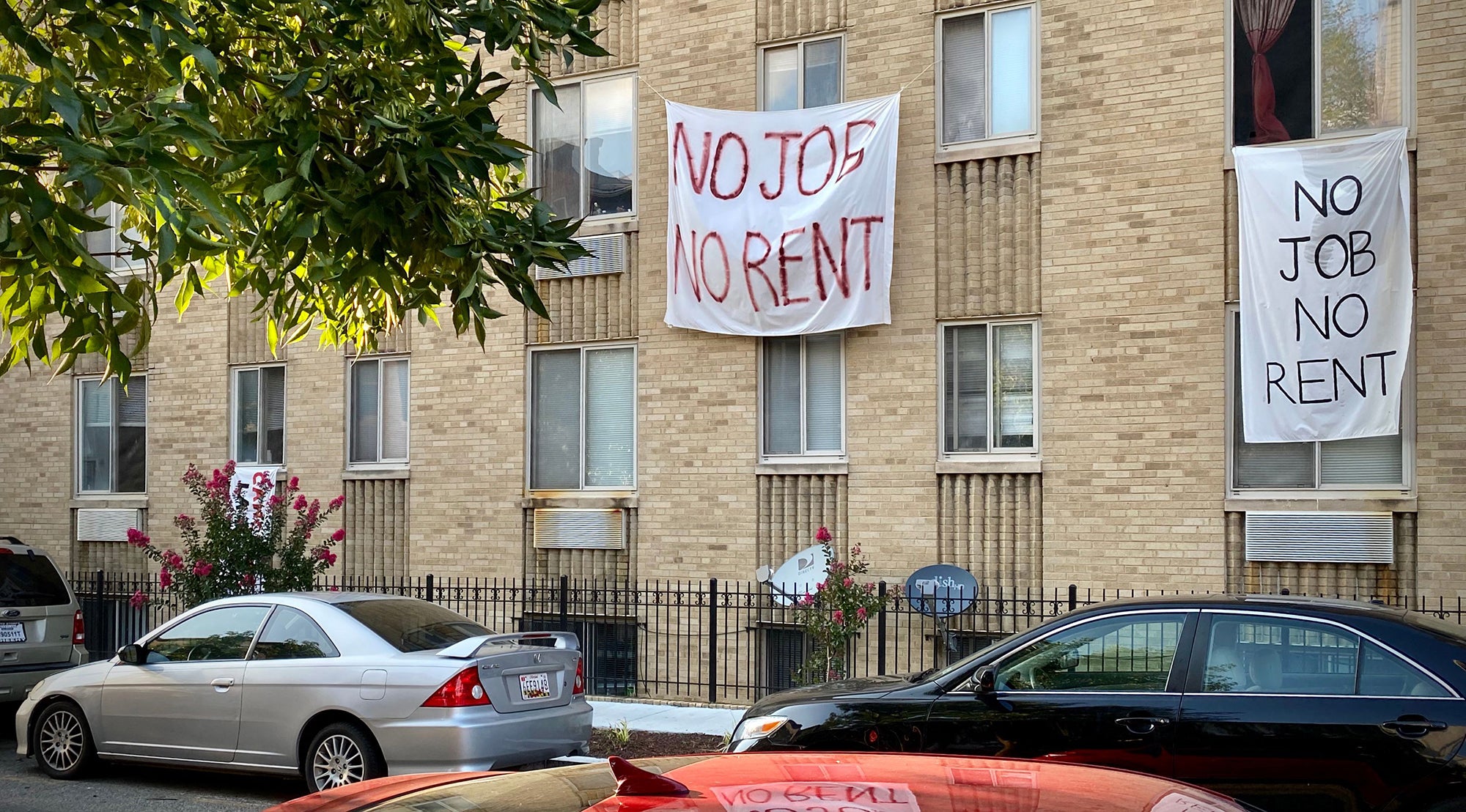 (CNN) — It’s been four months since most of the federal government’s $1,200 stimulus checks went out.

The $600 a week federal boost to unemployment benefits expired three weeks ago, along with a moratorium on evictions. Many small businesses have already spent the money from their federal emergency loans during the coronavirus pandemic.

While President Donald Trump has attempted to fill in some of the gap via executive action, discussions in Congress over reinstating any of those programs or creating new ones have stalled, with no progress expected until September at the earliest — even as the economy continues to stagger.

Since the end of July, about a dozen more people are showing up each day for a free bagged lunch at a center for the homeless in northwest Washington, D.C., where tents dot parks and street corners around the neighborhood. More than a third are new to the center, Charlie’s Place, which is also handing out clothes and groceries.

“People have lost their jobs. They’re no longer getting stimulus money. They just couldn’t hold on,” said Reggie Cox, director of the center.

There’s support from both sides of the aisle to send a second round of checks, extend at least some unemployment benefits and allow small businesses to apply for another loan so that they can pay their workers. But Republicans, who control the Senate, and Democrats, who lead the House, remain far apart on the details even after weeks of talks in July.

“Whatever your political affiliation, how could you not want to help these people? It makes good political sense to do the right thing here,” Cox said. “Our guests certainly think that way.”

Millions of people are still unemployed

The package of financial aid that Congress passed in March got money to people fairly quickly at a time when lawmakers didn’t expect the pandemic to last as long as it has. It more than offset the decline in earnings, according to a report from researchers at the University of Chicago and the University of Notre Dame.

But the economy is far from recovered. Consumer spending is down 8% from January and the number of open small businesses has fallen almost 20%. The unemployment rate, at 10.2%, remains higher than at any point during the Great Recession.

Some people are still waiting weeks to get their unemployment benefits. Nearly 1 million people applied for unemployment for the first time just last week and more than 15 million were continuing to claim the benefits. Many states remain overwhelmed with the unprecedented number of applications they have to process.

But unlike earlier in the year when people were also receiving stimulus checks, state unemployment benefits may be the one safety net program they can tap right now — just as some lose eviction protection

“Having received various support, people were managing their fear. But they no longer have that financial safety net,” she said.

With Congress stalled, Trump signed several executive actions, attempting to deliver financial aid to Americans. But given the executive branch’s limited authority to spend money, the actions do little of what he promised.

He described one memorandum as providing an extra $400 a week in unemployment benefits, intending to replace the $600 a week benefit that expired July 31.

But in reality, the benefit will total $300 a week unless cash-strapped states chip in the extra $100. Plus, it could take weeks before anyone receives that money because states will have to set up a whole new system to administer those benefits — and the money may only last a few weeks.

As of Tuesday, seven states had applied for the new funding, according to the Department of Labor. Florida, where the maximum state unemployment check is one of the lowest in the nation, wasn’t one of them. States have until Sept. 15 to apply.

“We’re getting calls constantly,” said Laurie Yadoff, a lawyer at Coast to Coast Legal Aid of South Florida, about the new benefit.

“They ask, ‘What’s going to happen to me?’ They say they have late fees on their bills, interest penalties on their credit cards, and owe friends and family they borrowed from,” Yadoff said. “They think I know what’s happening and I don’t.”