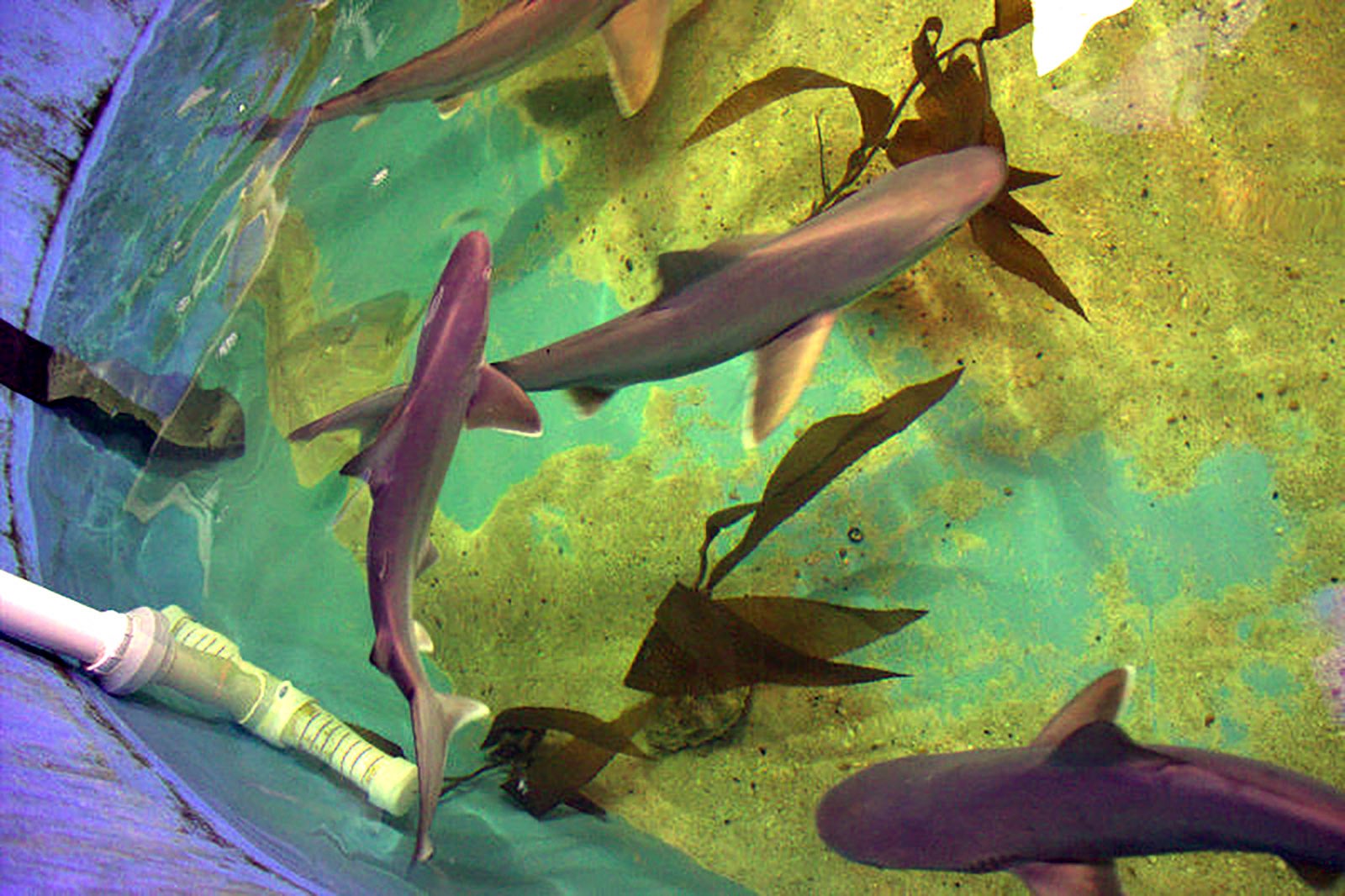 In this Aug. 23, 2017 photo provided by the New York State Department of Environmental Conservation, sharks swim in a basement swimming pool in LaGrangeville, N.Y. Officials say seven live sharks and three dead ones have been seized from the pool in the Hudson Valley home. (New York State Department of Environmental Conservation via AP)
by: By Maria Morava and Scottie Andrew, CNN
Posted: Mar 18, 2021 / 01:34 PM EST / Updated: Mar 18, 2021 / 01:34 PM EST

Joshua Seguine, 40, is facing a $5,000 fine for illegal possession with intent to sell seven sandbar sharks, according to a statement from state Attorney General Letitia James.

Sandbar sharks are a protected species under New York law and illegal to possess in the state without a special license.

He was sentenced to a conditional discharge in Town of LaGrange Justice Court in New York this week, meaning he was released without imprisonment or probation, but subject to court-determined conditions.

“The tide has turned for Joshua Seguine, who was convicted and held accountable for his unlawful acts,” James said. “We will not tolerate anyone who preys on protected species to line their pockets.”

He was no stranger to the shark salebusiness

Seguine had been on the Department of Environmental Conservation’s (DEC) radar since 2017 when he was arrested in Georgia for driving without a license — and holding a tank of five undersized sharks in the back of his truck.

Seguine told a Department of Natural Resources investigator that he was transporting the sharks to New York state and intended to sell them. He also admitted to keeping more live sharks at his home in New York.

Upon investigation, it was discovered that Seguine had been conducting business under the name Aquatic Apex LLC, offering sharks for sale on the website MonsterFishKeepers.com.

Two dead leopard sharks, a dead hammerhead shark, and the snout of a smalltooth sawfish — an endangered species — were also found in the search.

The biologists who accompanied officers on the search assessed the living sharks, which were eventually transferred to the New York Aquarium.

Sandbar sharks are vulnerable and overfished

Sandbar sharks are one of the world’s largest coastal sharks, measuring lengthwise between six and a half to eight feet on average, according to the Aquarium of the Pacific. They are not typically considered dangerous.

The sharks are listed on the International Union for Conservation of Nature’s red list as vulnerable and are severely overfished in the western North Atlantic. Not only for human consumption, their hides, fins and livers are also prized for leather, oil, and other products.

“I applaud the work of our environmental conservation police officers, who spearheaded the investigation that resulted in Joshua Seguine being brought to justice,” New York DEC Commissioner Basil Seggos said. “It is critical that we work to protect endangered species that are taken from their natural habitats and sold for profit.”

Seguine’s sharks now live with over 115 marine species and 18 different kinds of sharks and rays at the New York Aquarium.