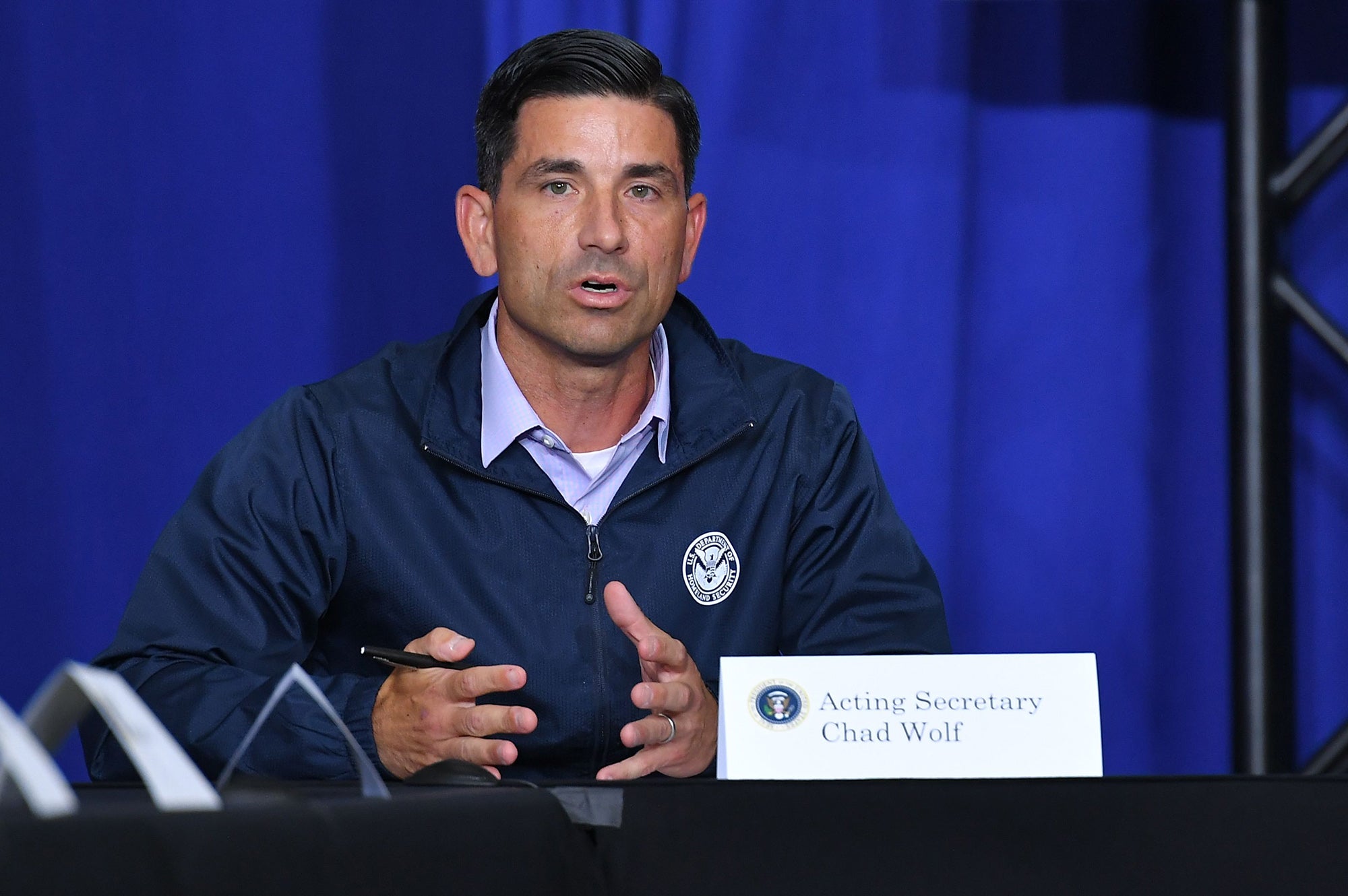 (CNN) — Acting Homeland Security Secretary Chad Wolf was a no-show Thursday morning at a House hearing on threats to the US homeland after a feud between the department and the committee over scheduling.

“As the person running the Department of Homeland Security, Mr. Wolf should be here to testify, as secretaries of Homeland Security have done before. Instead, we have an empty chair — an appropriate metaphor for the Trump Administration’s dereliction on so many of these critical homeland security issues,” Thompson said at the hearing.

“Regrettably, he has chosen to defy the subpoena and refuses to come before the Committee after committing to do so should appall every Member of this Committee. Insisting Mr. Wolf keeps his commitment to testifying before Congress isn’t playing politics — it’s doing our job,” he said.

Thompson said the committee began engaging with the Department of Homeland Security on June 10 “to secure Mr. Wolf’s participation in this hearing, alongside his colleagues from the FBI and National Counterterrorism Center.” The department, according to Thompson, tentatively offered some dates but couldn’t agree with its FBI and NCTC counterparts on a date for the hearing in June or July.

Ken Cuccinelli, the senior official performing the duties of the deputy Homeland Security secretary, said Wednesday that Wolf wouldn’t appear because his nomination is pending and criticized the committee for not accepting him in Wolf’s stead. On Thursday, Cuccinelli posted his proposed testimony on Twitter.

Rep. Mike Rogers, the top Republican on the committee, conceded he was also “disappointed” that Wolf was not present at the hearing, but called Democrats’ decision not to accept Cuccinelli in his place a “political stunt.”