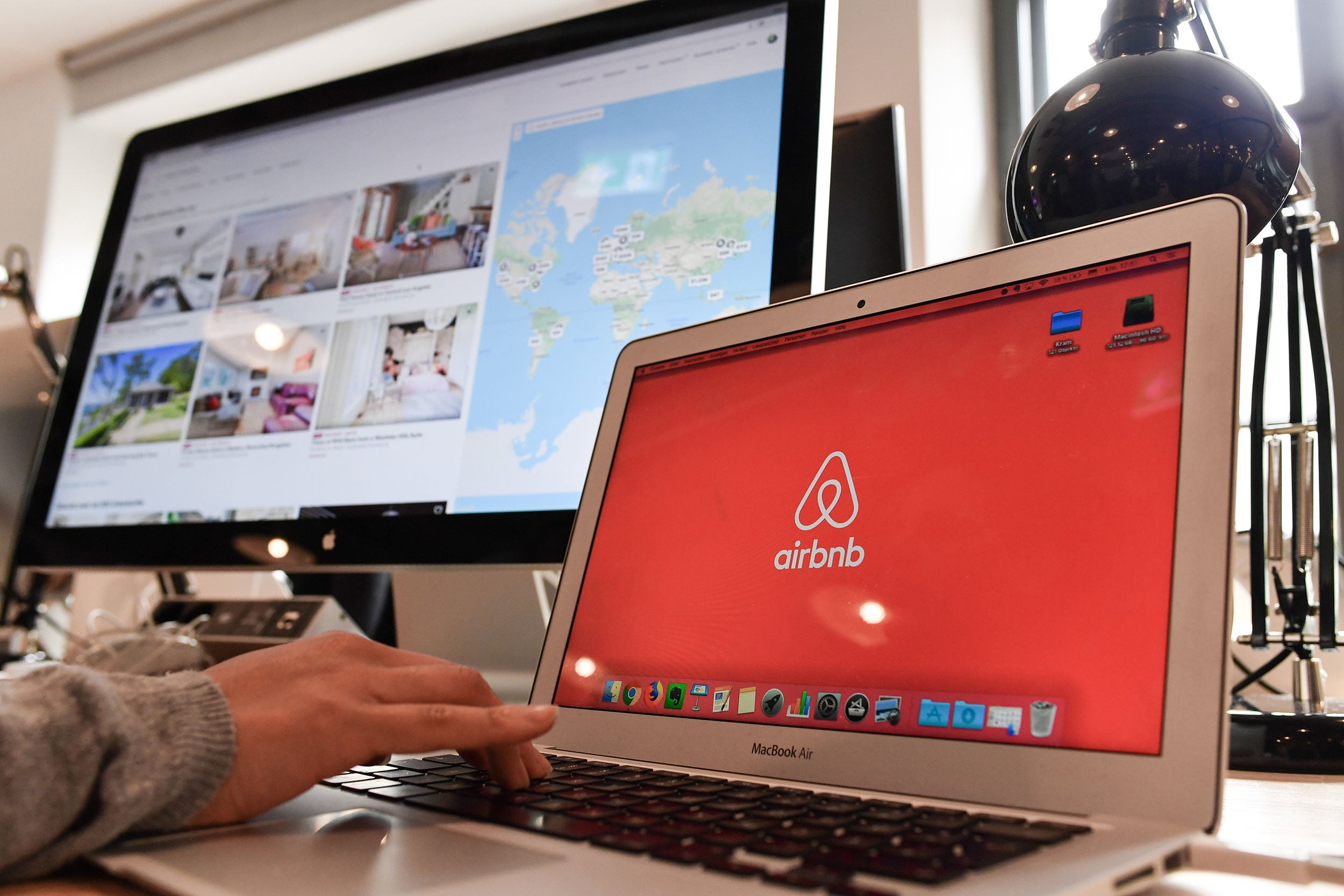 Airbnb announced new ways to search for and book homes on the platform in response to the rise of remote work and the number of customers choosing longer stays. Jens Kalaene/picture alliance/Getty Images
by: Catherine Thorbecke, CNN Business
Posted: May 13, 2022 / 12:12 PM EST / Updated: May 13, 2022 / 12:13 PM EST

(CNN) — Airbnb on Wednesday announced new ways to search for and book homes on the platform in response to the rise of remote work and the number of customers choosing longer stays.

The new features include the ability to more easily divide trips between two homes when options for longer stays are limited and a search tool that surfaces properties via specific categories, such as whether the house offers “creative spaces,” a chef’s kitchen or a pool. The features were unveiled at a company keynote event ahead of the all-important summer travel season.

“The way people travel has changed forever,” Brian Chesky, Airbnb’s cofounder and CEO, said in a statement ahead of the event. Chesky touted the new features as “the biggest change to Airbnb in a decade.”

The updates come as Airbnb recently reported business was booming again after being clobbered by the pandemic’s hit to the travel industry. In its most recent earnings report, Airbnb posted quarterly revenue of $1.5 billion, up 70% from the same period last year.

The company said nearly half of the nights booked on Airbnb in the last three months were for trips of a week or longer. Chesky suggested the new Split Stays feature, which allows customers to book back-to-back stays at multiple home in the same area, is intended to meet this shift in demand.

With this option, which will automatically appear in search results, Airbnb users will typically see around 40% more listings when hunting for longer stays, the company says.

Airbnb’s new way to search, dubbed Airbnb Categories, lets users look for places to stay using 56 categories based on a home’s style — including options for tiny homes and yurts — as well as location and proximity to a travel activity. Chesky said this new way to search comes after people have become “more flexible about where they live and work,” a trend that Airbnb has also embraced by allowing its employees to “live and work anywhere.”

The company also announced bolstered travel protections for guests, which will be included for free with every booking. Dubbed AirCover, the protections offer users similar accommodations or refunds if their booking was canceled, if they can’t check into a home, or if the listing wasn’t as advertised. Moreover, the company said customers will get access to a 24-hour safety line if they ever feel unsafe during their stay.

Wednesday’s updates come after the company previously announced “strict anti-party measures” ahead of the summer holidays, marking its latest attempt to crack down on people seeking to use its platform to host unauthorized ragers. Chesky first announced the company’s ban on “party houses” in 2019, after five people were shot and killed at a Halloween party at an Airbnb rental house in Orinda, California.