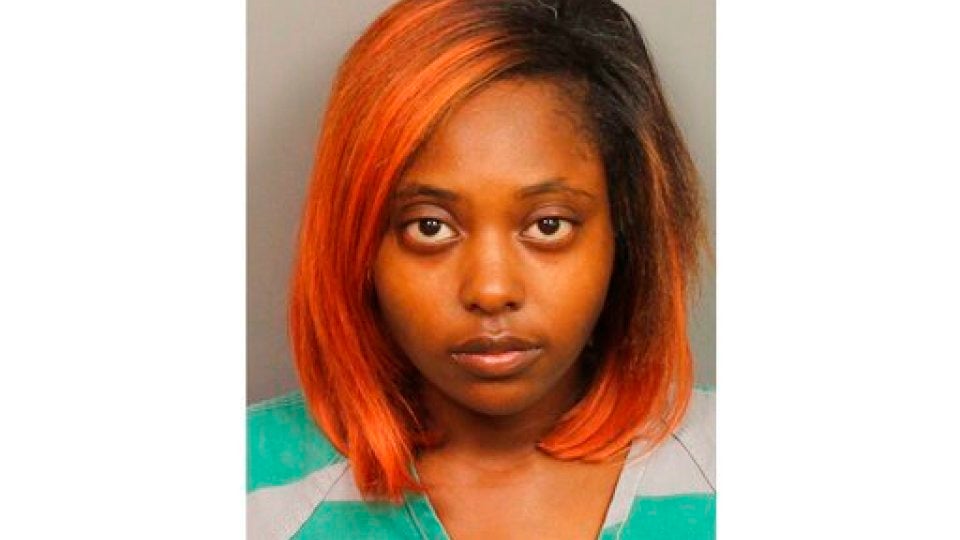 This photo provided by Jefferson County Sheriff’s Office shows Marshae Jones. Jones, whose fetus died after she was shot in a fight has been charged with manslaughter, while the woman accused of shooting her has been freed. She was indicted by the Jefferson County grand jury Wednesday, June 26, 2019. She was five months pregnant when 23-year-old Ebony Jemison shot her in the stomach during a December altercation regarding the fetus's father. (Jefferson County Sheriff’s Office via AP)
by:
Posted: Jun 27, 2019 / 03:50 PM EST / Updated: Jun 28, 2019 / 05:15 AM EST

MONTGOMERY, Ala. (AP) — An Alabama woman whose fetus died after she was shot in a fight has been charged with manslaughter, while the woman accused of shooting her has been freed.

AL.Com reports that 28-year-old Marshae Jones was indicted by the Jefferson County grand jury Wednesday. She was five months pregnant when 23-year-old Ebony Jemison shot her in the stomach during a December altercation regarding the fetus’s father.

Jemison was initially charged with manslaughter, but the same grand jury declined to indict her after police said an investigation determined Jones started the fight, and Jemison ultimately fired the fatal shot in self-defense.

Pleasant Grove police Lt. Danny Reid said at the time of the shooting that “the only true victim” was the fetus, who was unnecessarily brought into a fight and was “dependent on its mother to try to keep it from harm.”

Lynn Paltrow, executive director of National Advocates for Pregnant Women, said women across the country have been prosecuted for manslaughter or murder for having an abortion or experiencing a miscarriage. She said Alabama currently leads the nation in charging women for crimes related to their pregnancies. She said hundreds have been prosecuted for running afoul of the state’s “chemical endangerment of a child” statute by exposing their embryo or fetus to controlled substances.

But this is the first time she’s heard of a pregnant woman being charged after getting shot.

“This takes us to a new level of inhumanity and illegality towards pregnant women,” Paltrow said. “I can’t think of any other circumstance where a person who themselves is a victim of a crime is treated as the criminal.”

Jones’ arrest also drew criticism from the Yellowhammer Fund, which raises money to help women have access to abortions.

“The state of Alabama has proven yet again that the moment a person becomes pregnant their sole responsibility is to produce a live, healthy baby and that it considers any action a pregnant person takes that might impede in that live birth to be a criminal act,” said Amanda Reyes, the group’s director.