Alligator saved after getting soccer ball lodged in mouth 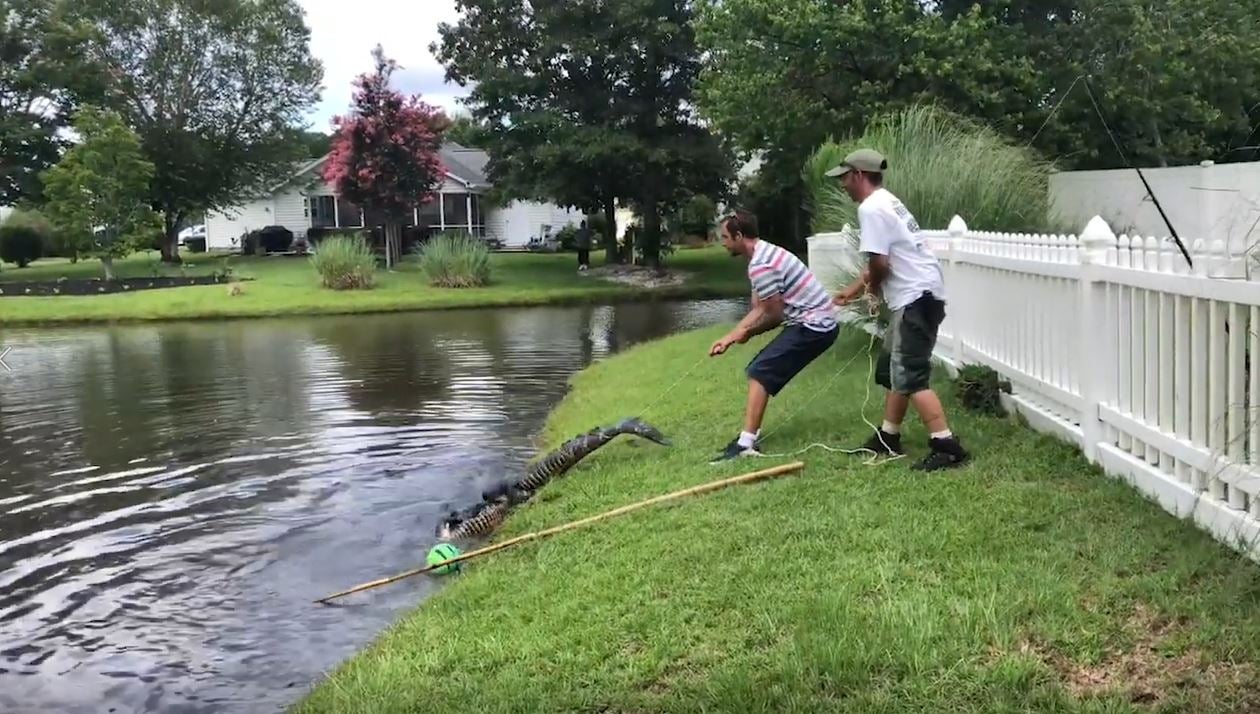 MYRTLE BEACH, S.C. (WBTW) – Chaos ensued over the weekend in a quiet Myrtle Beach neighborhood as two men wrestled an alligator in a retention pond.

They weren’t trying to capture it, though. They were trying to save it.

The alligator had a green soccer ball lodged in its mouth, and it appeared to have already been there for days.

Jamie Sargent works for The Snake Chaser, a company that deals with wildlife. He was one of the two who responded to the call on Saturday.

“It almost looked like he wasn’t alive at the time,” Sargent said of the alligator upon his arrival. “But then I did see him moving so I knew he was alive.”

Sargent has worked at The Snake Chaser for 13 years and has been around animals his whole life. But even so, Saturday’s rescue was a challenge.

“He was a little bigger than we were expecting,” Sargent said. “He was able to get me down into the water. The first time I was ever in the lake for a gator.”

After Sargent and his partner got their footing back, they were able to get the alligator under control.

Sargent explained how they are able to get ahold of the massive reptiles.

Sargent said that this particular alligator was eight feet long and only had one eye.

And it’s certainly not the only one around.

Retention ponds like the one this rescue happened in are all over in South Carolina housing developments and can be the perfect place for an alligator to live. The South Carolina Department of Natural Resources offers homeowners information about how to handle encounters, as quarters get closer.

Experts warn that people should never feed alligators. Instead, they should keep a safe distance and ensure that small pets or children are not allowed near where alligators live.

Homeowners were happy, though, to see a successful rescue. The alligator was released back into the pond, soccer ball free.

“(There was) cheering by several homeowners around the pond,” Sargent said. “All happy that they had saved their gator.”