Amtrak might add more than 50 new routes. But they still won’t be faster than a car 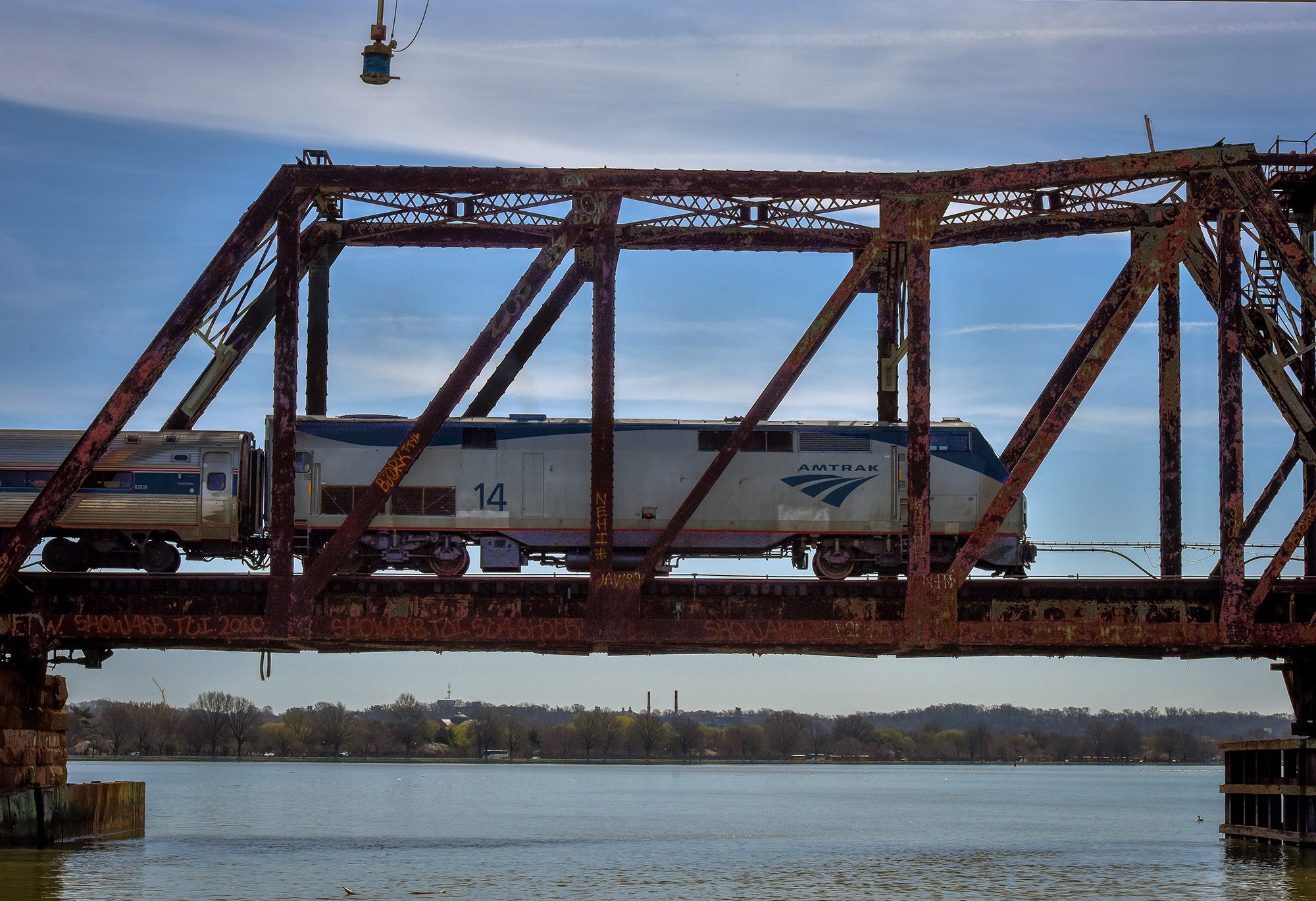 (CNN) — The $1 trillion infrastructure bill appears set to give passenger and freight rail $66 billion, an infusion that will likely expand where service is offered but does little to increase the speed of train travel in the US.

Amtrak has proposed spending its share of the infrastructure funding on more than 50 new routes, but those routes are significantly slower than typical car travel between the cities — sometimes as much or more than 40% at certain times of day.

Amtrak told CNN Business that to calculate trip times for most of its proposednew routes it researched passenger train times in the mid-1950s to early 1960s and chose the best trip time. Amtrak said it picked that era because it gave a frame of reference, but it declined to say why it didn’t pick a more recent comparison.

Routes between major cities (like Charlotte to Atlanta, San Antonio to Dallas, and Chicago to Cincinnati) will average speeds of less than 50 mph. That’s slower than new trains in Europe and Asia, which have approached 200 mph since the 1960s, and Africa, where a 200 mph train was introduced three years ago. The new Amtrak speeds even lag historic American trains, like the Hiawatha, which reached 100 mph and ran between Chicago, Milwaukee, St. Paul and Minneapolis more than 50 years ago.

Fast trains are more expensive to operate, including the advanced safety equipment that’s needed for the highest speed to be possible. Amtrak is also slowed because it generally shares tracks with freight railroads that prioritize their own trains, forcing Amtrak trains to wait.

Transportation experts say Amtrak speeds that lag car or air travel may make it more difficult to attract new riders and build lasting political will for building world-class rail in the United States. Rail travel has long been disadvantaged in the US as the federal government invests far more in infrastructure that supports car and air travel. One of train travel’s selling points is that it’s greener and safer than other modes, like car travel, according to research.

Amtrak declined to say why it is not proposing faster trips on its new routes.

“Congress created Amtrak for the purpose to connect America by rail on behalf of the federal government,” Amtrak spokeswoman Kimberly Woods told CNN Business in an email. “Amtrak is the only entity that offers a comprehensive national rail network. We have the national capabilities and expertise in place to operate these new routes.”

“This expansion provides reliable transportation for people who couldn’t afford air fare, who don’t have cars,” Billy Terry, director of the National Transit Institute at Rutgers University, told CNN Business. “A low to moderate income family can go to a family reunion, or get to more medical facilities.”

Rail experts like Rick Harnish, executive director of the High Speed Rail Alliance, say that trip times are critical for attracting riders. The faster a trip is, the more people are generally likely to ride, they say.

But when Amtrak recently released details of its expansion plans in the wake of the infrastructure bill, it didn’t offer fast trips. Instead, it offered lots of new routes across the nation. (The proposed routes are typical of slow speeds outside the Northeast Corridor, such as New Orleans to Houston, which takes 9 hours 18 minutes, a trip length that’s often 40% slower than a car trip between the train stations.) The new plans don’t appear to live up to President Biden’s publicly stated goals.

Biden talked of a potential two-hour train ride between Atlanta and Charlotte, while speaking at Amtrak’s 50th anniversary this April.

Amtrak’s Atlanta to Charlotte route would take five hours, far longer than the two hours Biden spoke of, or the roughly four hours the trip can take by car.

CNN Business compared the trip times of Amtrak’s proposed routes with how long an equivalent car trip, using Google Maps data. Trip times varied depending on congestion and time of day, especially in the densest areas like New York City, but were generally far slower than car trips.

“We need to think much bigger than that as a country,” Harnish told CNN Business. “The trains should be at least as fast as [car trips appear on] Google Maps.”

Some Amtrak alternatives have shown more focus on comparing favorably with car travel.

Brightline, a private company, says it offers train rides between Miami and West Palm Beach, Florida in 60 minutes, which is faster than a typical car trip between the two points. (Brightline halted service during the pandemic, but has said it’ll reopen later this year.) Brightline has said its goal is to connect pairs of cities and be faster, safer and greener than car travel. It’s also planning a high-speed route between Los Angeles and Las Vegas.

Brightline, as a private company, can pick where it wants to operate, rather than aim to be nationwide like Amtrak. Amtrak spends about $4.25 billion a year to attempt to serve the entire country.

Trip times are crucial for people riding between city pairs, such as New York and DC, or Seattle and Portland, according to Neil Peterson, a transportation consultant who has studied the feasibility of high-speed rail in the US. Amtrak’s slow trip times are less significant on extremely long journeys, such as Seattle to Chicago, Peterson said, where passengers are likely to not be in as much of a rush.

Amtrak’s new proposed routes include serving both corridors, but at much slower speeds. Amtrak has said it will consider the potential development of high-speed rail between Los Angeles and Las Vegas as it determines how to prioritize new projects.

“We need to invest hundreds of billions in high-speed rail,” Peterson said. “It’s hard to believe that in a trillion dollar infrastructure package it’s wanting, but it definitely is on high-speed rail.”

The bill still needs to be passed in the House and signed by Biden, so exactly how much money rail receives, and how it’s split between passenger and freight trips may change.