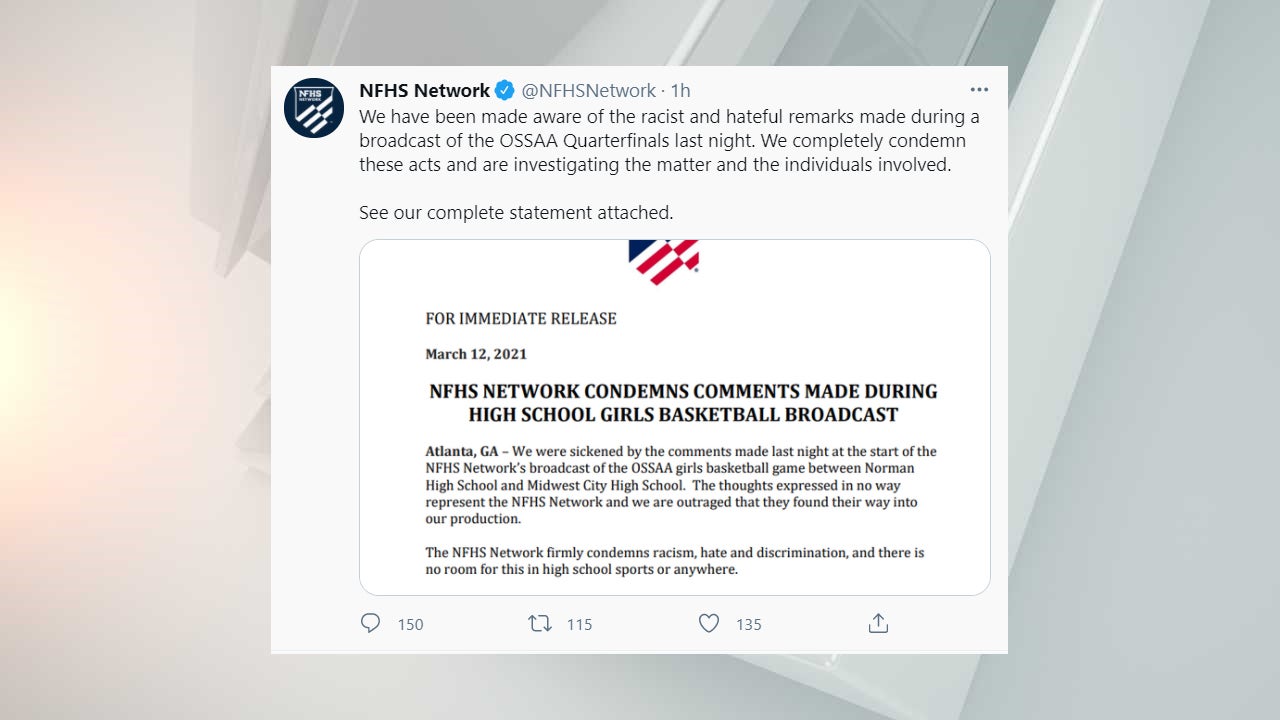 (CNN) — The Oklahoma high school basketball announcer who hurled racist insults during a livestream of a state basketball game has apologized for his actions.

In a statement obtained by CNN, Matt Rowan said he “most regrettably made some statements that cannot be taken back.”

He said that he is a Type 1 diabetic and during the game his blood sugar was spiking. He offered a “sincere apology” to all involved in the game and said it’s “not unusual” for him to become disoriented and say inappropriate and hurtful things.

“While the comments I made would certainly seem to indicate that I am a racist, I am not,” he said. “I have never considered myself to be racist, and in short cannot explain why I made those comments.”

On Thursday, the Norman High School girls’ basketball team was about to play Midwest City in the Oklahoma 6A state basketball tournament — a game that was being livestreamed by the National Federation of State High School Associations (NFHS) Network.

A video of the livestream shows that when the Norman players kneeled during the National Anthem, Rowan began to hurl insults at them.

After a short pause, with the National Anthem still playing, the insults continue.

Rowan uses the same slurs one more time before the audio on the recording cuts out.

CNN has reached out to Rowan’s attorney for additional comment but has not heard back.

In a statement released Friday, NFHS said that it was “sickened by the comments made last night.”

“The thoughts expressed in no way represent the NFHS Network and we are outraged that they found their way into our production,” the organization said in its statement. “We are aggressively investigating the incident and have immediately cut ties with the third-party production crew that was involved.”

In a series of tweets on Friday, Norman Mayor Breea Clark said she is “livid and absolutely disgusted about the racist and hateful comments directed towards the young women on the Norman High School basketball team.”