Another Fort Hood soldier is missing; the Army is asking for help finding him 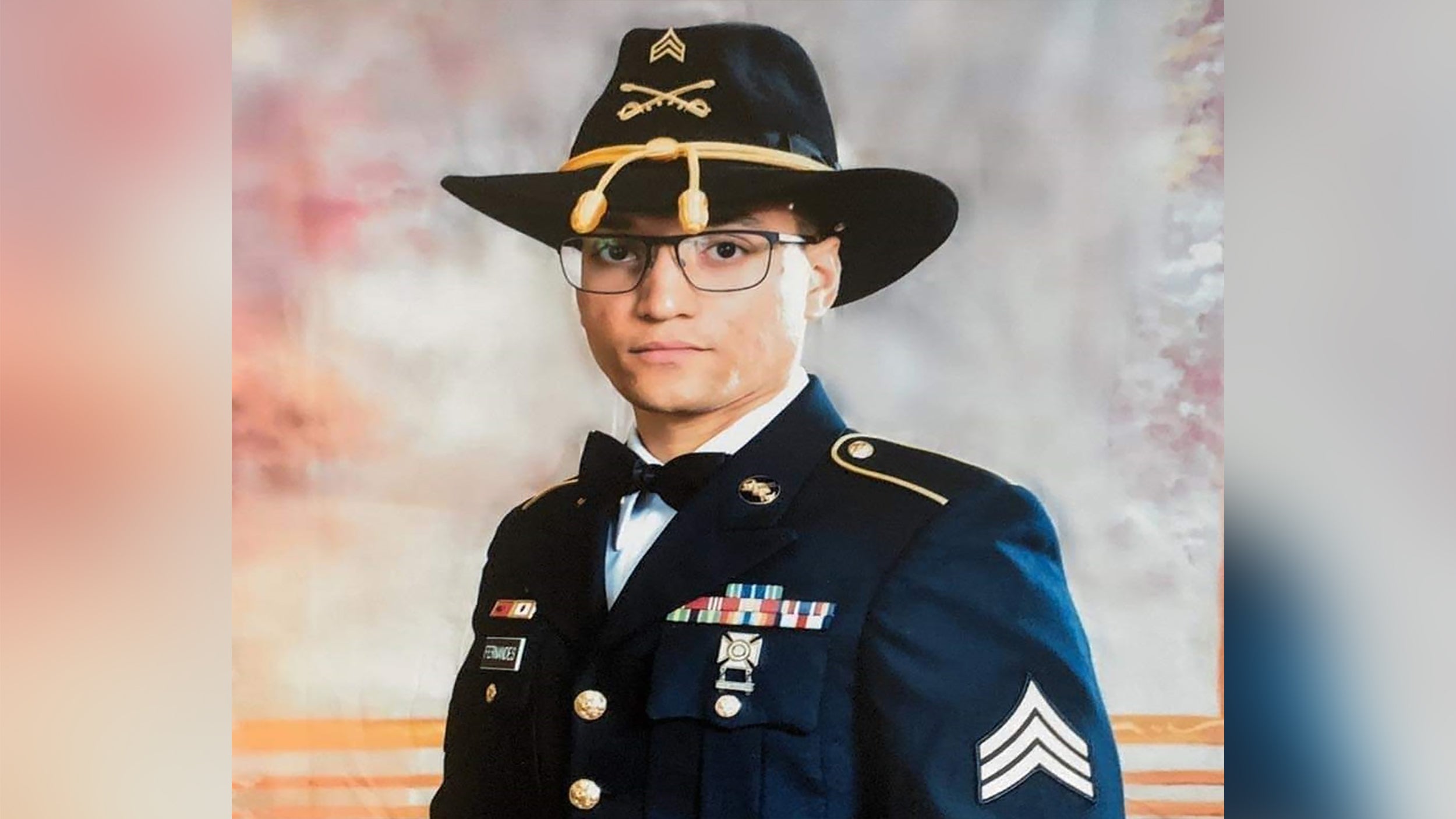 (CNN) — The U.S. Army is asking for the public’s help in finding a 23-year-old Fort Hood soldier missing since Monday, according to a statement from Fort Hood in Texas.

“The 1st Cavalry Division is actively attempting to locate Sgt. Elder Fernandes who has gone missing,” the statement said. “Our primary concern is for his health and well-being.”

Fernandes is about 5-feet-4, and weighs approximately 133 pounds, according to the Killeen Police Department, which is investigating his disappearance. Police said he was last seen wearing a black Army physical training shirt and shorts with red athletic shoes.

According to Killeen police, Fernandes’ family said the 23-year-old was last seen on Monday afternoon by his staff sergeant when he was dropped off at his home in Killeen.

“This is very, very unusual,” Isabel Fernandes, the missing soldier’s aunt, told CNN affiliate KTRK. She last spoke with her nephew last Friday morning and said that he’d called his mother on Sunday. Fernandes promised to call again on Monday, his aunt said.

“Monday came and went and he didn’t call, and he didn’t answer calls from anyone else. Tuesday, no calls and my sister ended up flying down there yesterday, and still we haven’t heard from him,” she told KTRK.

“We have completed a search of the entire division area, to include motorpools, parking lots, and headquarters buildings,” the statement said, “and the unit is in contact with the Soldiers Family [sic], the U.S. Army Criminal Investigation Division and civilian law enforcement agencies to help find him as we continue our search.”

Anyone who has seen Fernandes or knows where he might be is asked to contact Killeen police, military police at Fort Hood or the Army’s Criminal Investigation Command.

“At this time we do not suspect foul play in the disappearance of Sgt. Fernandes,” the 1st Cavalry Division said in a Twitter post on Friday.

The search and recovery organization Texas EquuSearch confirmed Friday that it had joined the search effort for Fernandes.

This year, there has been a series of incidents in which Fort Hood soldiers have vanished and died, perhaps the most high-profile of which was the killing of Spc. Vanessa Guillen. The main suspect in her disappearance — another Fort Hood soldier — killed himself when he was confronted by investigators, according to CID.

In the wake of her death, the Army announced an independent review board made up of five civilians who would review the “command climate and culture” at Fort Hood.

Some soldiers have died under mysterious circumstances, including Pvt. Gregory Scott Morales, whose skeletal remains were found in a Killeen field in mid-June — 10 months after he’d vanished. Fort Hood said in a statement at the time that foul play is suspected in his death.