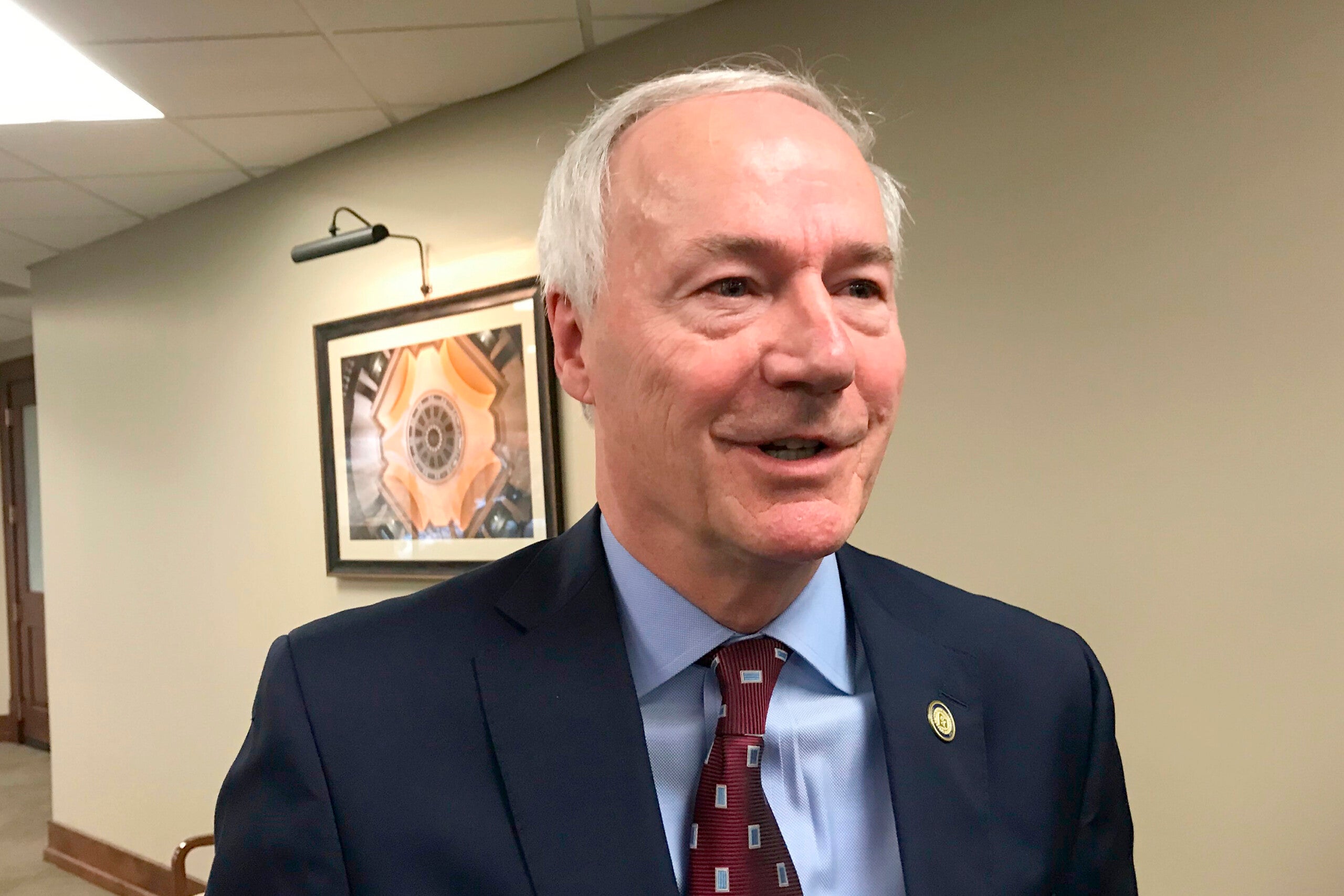 FILE - In this Jan. 13, 2020, file photo, Arkansas Gov. Asa Hutchinson speaks to reporters in Little Rock, Ark. Hutchinson on Tuesday, March 9, 2021, signed into law legislation banning nearly all abortions in the state, a sweeping measure that supporters hope will force the U.S. Supreme Court to revisit its landmark Roe v. Wade decision but opponents vow to block before it takes effect later this year. (AP Photo/Andrew Demillo, File)
by: Paul LeBlanc, CNN
Posted: May 6, 2021 / 04:48 AM EST / Updated: May 6, 2021 / 04:49 AM EST

“In terms of Liz Cheney, she’s a conservative, she did a vote of conscience and she should not be ousted because of one vote of conscience,” Hutchinson told CNN’s Erin Burnett on “OutFront” of Cheney’s vote to impeach Trump after the January 6 insurrection at the US Capitol.

“And regardless of the reasons of what’s going to happen in the vote, and it sounds like she’s almost recognizing that she’s going to be replaced — but this is going to be perceived by the American body politic as an ouster because of one vote. I don’t think this is healthy for our party — that perception. We’ve got to get back to talking about ideas and how to unify ourselves.”

Cheney, a Wyoming Republican, has faced growing opposition in her role in the No. 3 House leadership position, and party leaders, including Trump and House Minority Leader Kevin McCarthy, have been part of a mounting effort to remove her from the position.

In a Washington Post op-ed published Wednesday afternoon, Cheney called on the GOP to support the ongoing Justice Department investigation into the January 6 Capitol riot as well as a separate, bipartisan congressional commission looking into the event — a move that is unlikely to gain her any more support among Republicans looking to push her out.

“History is watching. Our children are watching,” Cheney wrote in the op-ed. “We must be brave enough to defend the basic principles that underpin and protect our freedom and our democratic process. I am committed to doing that, no matter what the short-term political consequences might be.”

A vote to remove Cheney as conference chair could come as early as next week. And though she survived a similar vote in February, when House Republicans voted 145-61 in favor of keeping her on the leadership team, she appears to be in a much weaker position now.

Still, some Republicans, like Cindy McCain — widow of longtime Republican Sen. John McCain of Arizona — have warned that the GOP needs to exercise caution as it mulls ousting Cheney.

Asked by CNN’s Chris Cuomo on Tuesday for her thoughts on Rep. Elise Stefanik of New York, a vocal defender of Trump who is emerging as the main contender to potentially replace Cheney, McCain said in part: “We do need to be careful.”

“It doesn’t serve any good if we just oust someone who really is a good representative of the party,” said McCain, an establishment Republican and staunch Trump critic.

Hutchinson stressed Wednesday that the GOP “can’t unify ourselves if we’re pointing at each other and fighting against each other about the perception of January 6.”