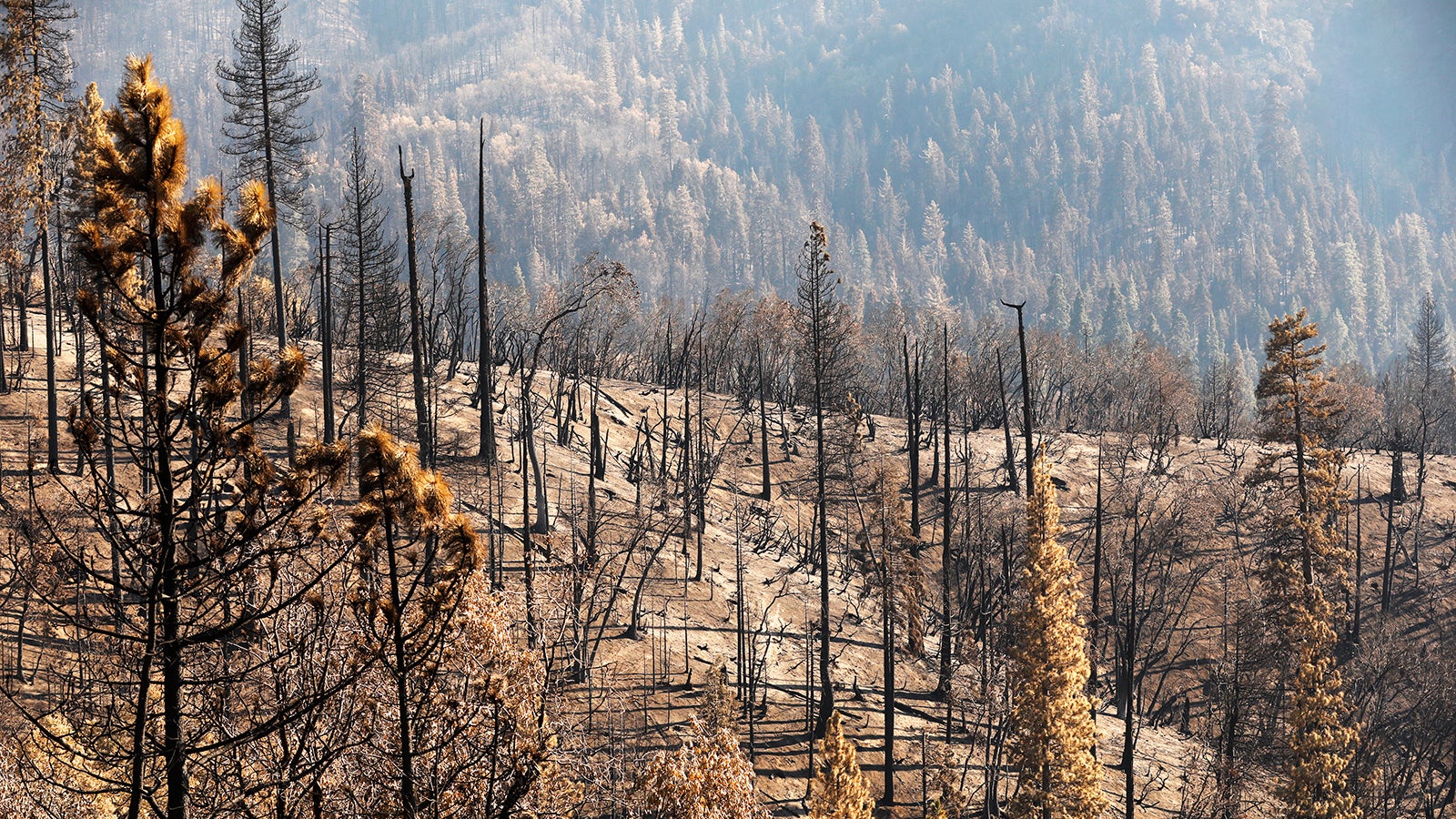 (CNN) — About 10% to 14% of the world’s giant sequoia trees were destroyed by a single wildfire that swept through California’s Sequoia National Forest last summer, a new draft report from the National Park Service indicates.

The report, which has not yet been made publicly available, used satellite images to show the shocking impact the Castle Fire had on the giant trees, in what experts call an unprecedented mortality event caused by a combination of climate change-driven drought and fire suppression efforts.

“The loss of 7,500 to 10,600 large giant sequoias, many of which are likely thousands of years old, is devastating,” the study’s lead author, Dr. Christy Brigham, chief of Resources Management and Science at Sequoia and Kings Canyon National Parks, told CNN. “These trees are irreplaceable in our lifetimes.”

The report, which is still preliminary, and has yet to be peer-reviewed, is expected to be released in the next several weeks.

The giant sequoias, which only grow naturally on the western slope of the Sierra Nevada and can reach heights of 300 feet, rely on fire to crack open their cones and release seeds to reproduce. Those fires have historically burned naturally at lower temperatures, killing small trees and thinning the forest. But fire suppression efforts have allowed the forest to grow denser, which when combined with a yearslong drought, has allowed many of those trees to die out, creating more fuels that burned hotter and more intensely than in previous fires.

The Castle Fire ignited in August when dry brush sparked by a lightning storm ultimately spread to join other fires and form the enormous, 174,000-acre Sequoia Lightning Complex Fire. In May, scientists and fire crews discovered a single sequoia still smoldering from the blaze, some nine months later.

Despite the destruction of the treasured behemoths, the fire did some good in other areas of the forest, Brigham said.

“In areas that burned at low and moderate severity, fuels have been reduced, sequoia cones have been opened and seeds released, and microsites for sequoia seedings have been created,” Brigham said, adding that forests need to be returned to a state where they can withstand a wildfire without suffering these catastrophic losses.