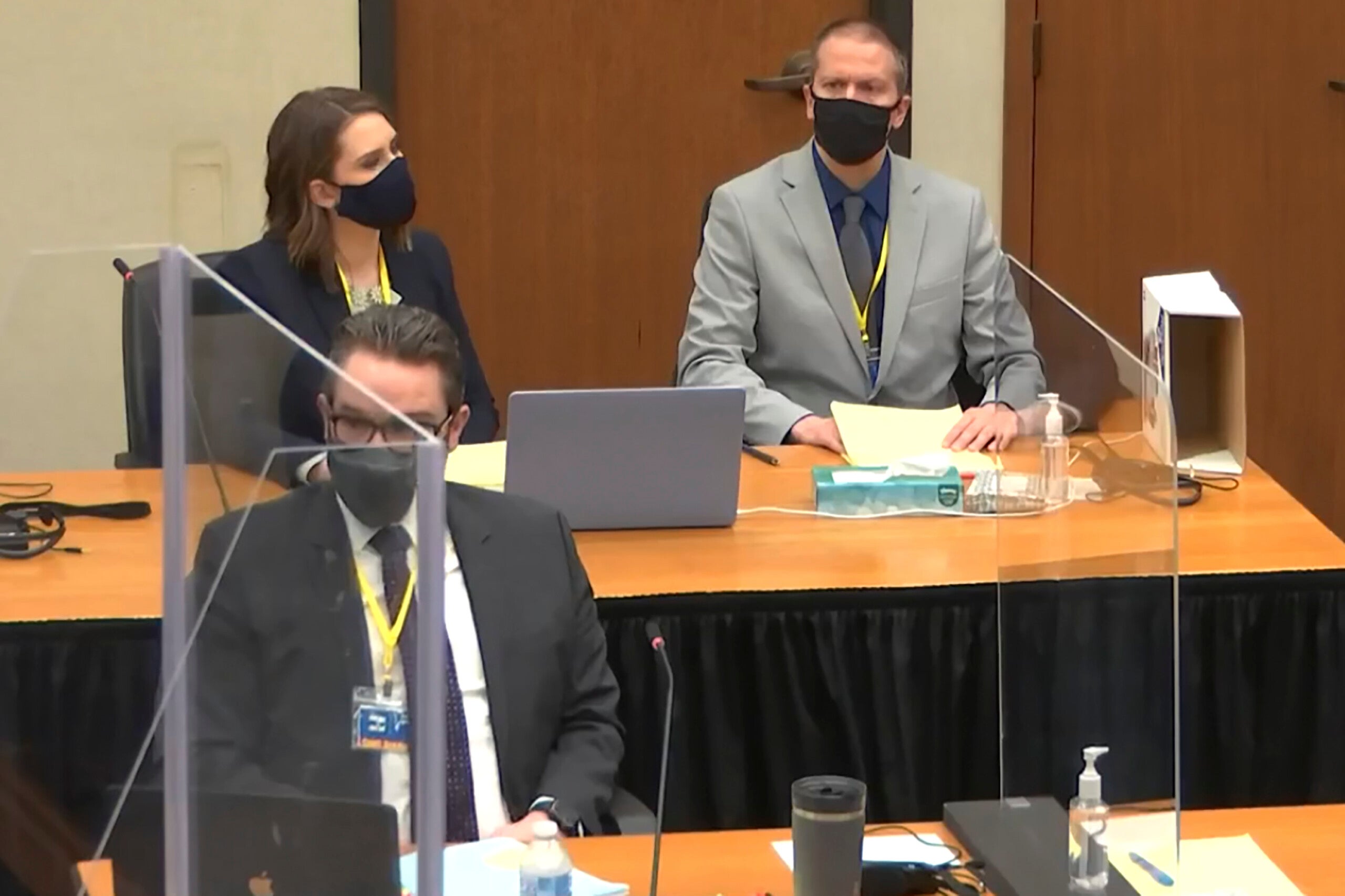 MINNEAPOLIS (AP) — Attorneys at the trial of a former Minneapolis police officer charged in George Floyd’s death argued Thursday over whether a forensic psychiatrist can testify about how people react to traumatic events, as both sides clash over how much the jury should hear of Floyd’s own actions.

Prosecutor Jerry Blackwell said Dr. Sarah Vinson, of Atlanta, should be allowed to to testify how Floyd’s behavior as officers attempted to put him into the squad car was consistent with any reasonable person’s anxiety or panic during a traumatic event. Officers who confronted Floyd after he allegedly tried to pass a counterfeit $20 bill at a convenience store pointed a gun at him, and he struggled and told them he had claustrophobia as they tried to force him into the car.

Prosecutors want to show that Floyd might have been unable to comply with the officers’ orders, and wasn’t actually resisting arrest — something Blackwell said he was certain that former officer Derek Chauvin’s attorney, Eric Nelson, intended to do.

“The defense is doing a full-on trial of George Floyd, who is not on trial, but that is what they’re doing,” said Blackwell, who said the defense also planned to make arguments about Floyd’s drug use.

But Nelson argued that if the prosecution gets to present that evidence to the jury, the defense should be able to tell the jury about Floyd’s drug arrest a year earlier, when he did not resist getting put into a squad car.

Nelson also has said there are striking similarities between the two encounters that could show a pattern of behavior: Both times, as officers drew their guns and struggled with Floyd, he called out for his mother, claimed he had been shot before and cried, and put what appeared to be pills in his mouth. Drugs were found during the first arrest, and an autopsy showed Floyd had drugs in his system when he died.

Hennepin County Judge Peter Cahill said he’ll rule on Vinson’s testimony on Friday, when he plans to issue a broader ruling on the admissibility of Floyd’s 2019 arrest and on defense motions for delaying or moving the trial.

Concern appeared to be fading that a massive settlement for Floyd’s family would derail the trial, with most potential jurors saying they avoided news of the settlement or could set it aside.

Two jurors seated before news of the city’s $27 million settlement broke last week were dismissed Wednesday after being re-questioned by Cahill, but five others were retained and two were added later in the day.

Nine jurors have been selected through Wednesday. Five are men and four are women. According to the court, four are white, two are multiracial and three are Black, and their ages range from 20s to 50s.

Three potential jurors questioned early Thursday were excused, including one who said she had been constantly exposed to news of Floyd’s death and that the announcement of the city’s settlement pushed her to favor the state’s position, which she was already leaning toward.

Prosecutors used one of their peremptory strikes to dismiss another, a mother of five adult children who said she respects police officers and was bothered by prior allegations against Floyd. She also believes the media exaggerates discrimination.

The third potential juror was dismissed because she is acquainted with someone who will be a central witness in the state’s case and will talk about sensitive material. Cahill said seeing a familiar face on the jury might affect that witness’s testimony.

Cahill has set March 29 for opening statements if the jury is complete by then.

Chauvin is charged with murder and manslaughter in the May 25 death of Floyd, a Black man who was declared dead after Chauvin, who is white, pressed his knee against his neck for about nine minutes. Floyd’s death, captured on bystander video, set off weeks of sometimes-violent protests across the country and led to a national reckoning on racial justice.

Three other former officers face an August trial in Floyd’s death on charges of aiding and abetting second-degree murder and manslaughter.