Attorneys for Gregory McMichael: Arbery killing ‘not just another act of violent racism’ 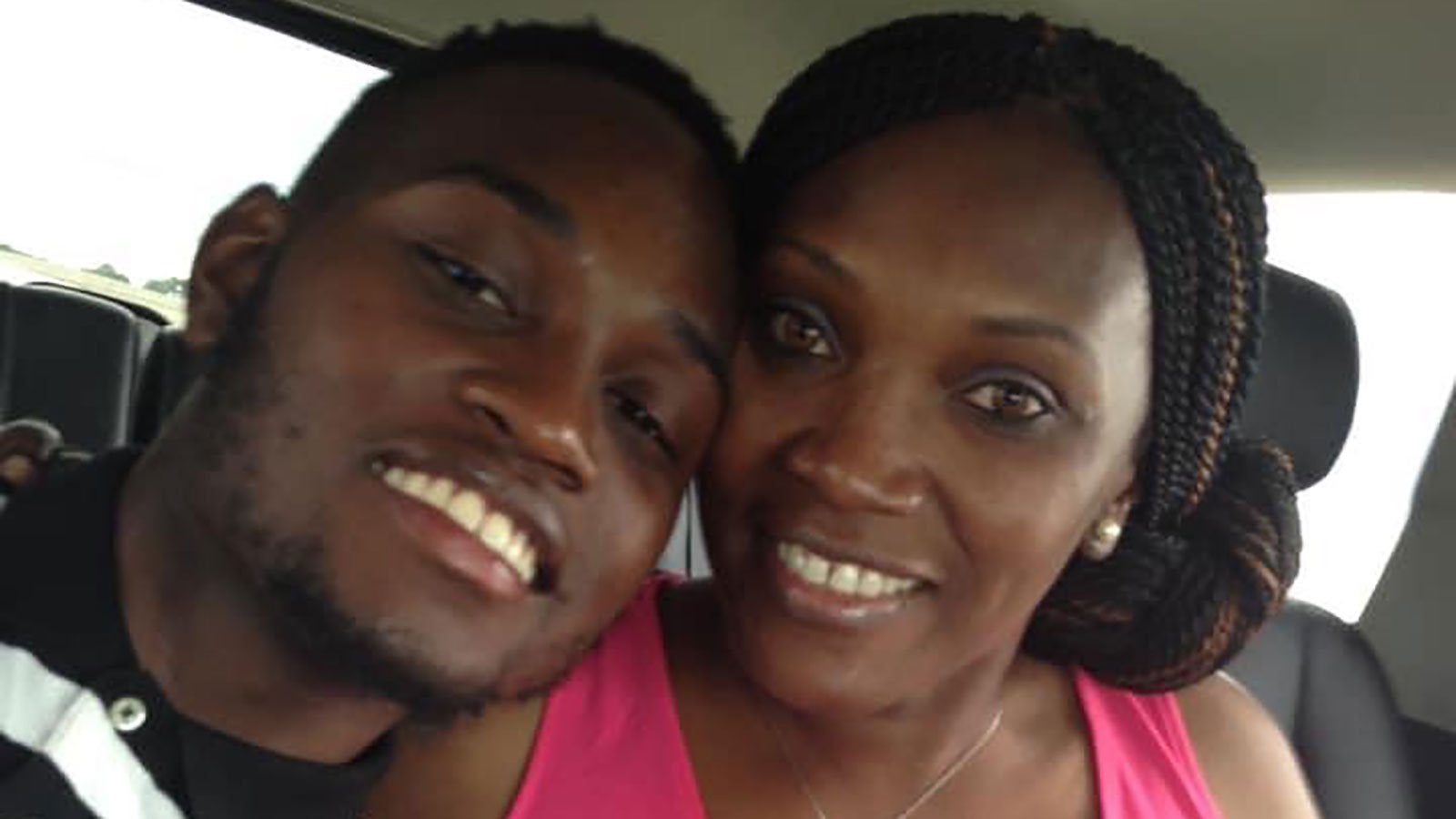 (CNN) — Attorneys for Gregory McMichael, one of the men charged in the shooting death of Ahmaud Arbery, said Friday that “a very different narrative” will be revealed when all the facts come out.

“The truth will reveal that this is not just another act of violent racism,” Frank Hogue said at a news conference. “Greg McMichael did not commit murder.”

Gregory McMichael, 64, and his son Travis McMichael, 34, are charged with aggravated assault and felony murder in the February 23 death of Arbery, who was killed while jogging just outside Brunswick, Georgia. Travis McMichael is the alleged shooter in the case.

Hogue, along with his wife, Laura Hogue, are representing Gregory McMichael. The couple are part of a criminal defense law firm in Macon, Georgia.

The shooting incident was captured on video that became public last week.

“We know several other critically important facts, those facts that point to a very different narrative than the one that brings you all here today.”

Hogue said a preliminary hearing and bond hearing will be scheduled for Gregory McMichael “soon.”

Attorneys for Travis McMichael made similar comments on Thursday.

Arbery was jogging in the Satilla Shores neighborhood outside Brunswick when he was fatally shot on February 23, according to a Glynn County Police Department incident report.

The elder McMichael told police he thought Arbery looked like a suspect in a series of recent break-ins, according to the incident report.

Gregory McMichael grabbed a handgun while his son took a shotgun and they pursued Arbery in a truck, the father told police, according to the report.

Arbery was shot three times, including twice in the chest, according to a Georgia Bureau of Investigation autopsy report obtained by CNN.

Gregory and Travis McMichael were arrested on May 7, two days after a 36-second video that appears to show the deadly confrontation surfaced online.

Surveillance video from a house under construction appears to show Arbery at the site minutes before he was killed on February 23. In that video, a man can be seen walking around and not touching anything.

But other videos shot at the house have surfaced.

A man who identified himself as Travis McMichael called 911 on February 11 and told the operator he saw a man go into the house under construction, according to a police report. Surveillance video showing an African American man on the property on February 11 was recorded by motion-sensor security cameras installed by the property owner, Larry English, according to his attorney, Elizabeth Graddy.

English told CNN he could not identify the person he says he saw on the video after the February 11 incident. He did not report the incident to the police, he said.

In a new statement on Friday, Graddy said it appears the man in the February 11 video was also videotaped in the house last fall and on December 17. She said the man may have come into the house for water, because he’s seen wiping his mouth in the December 17 video. Graddy said there is a water source at the dock behind the house as well as source near the front.

“In the last footage of him captured on December 17, what sounds like water can be heard. He walks out of the house, eases into a jog, and disappears from view,” according to Graddy’s statement.

Attorneys for Arbery’s family also say they don’t know who the individual is in the February 11 video.

On Friday, attorneys for the mother and father of Ahmaud Arbery, S. Lee Merritt, Benjamin Crump and L. Chris Stewart, issued a statement about the videos.

The statement said there were people frequently on the construction site both day and night but Ahmaud Arbery “seems to be the only one who was presumed to be a criminal.”

“We appreciate the homeowner acknowledging that Mr. Arbery didn’t steal from or damage anything on the property. It is the homeowner’s opinion, after watching Mr. Arbery’s movements on the video, that he briefly stopped into the home under construction to get a drink of water from the working sinks,” according to the statement.

Cobb County District Attorney Joyette Holmes, who was appointed to handle the case earlier this week, issued a statement Thursday saying she once interacted with Gregory McMichael when he was an investigator for the Glynn County district attorney’s office.

Because of a change-of-venue order, Cobb prosecutors tried a case in Brunswick in the fall of 2016 and used office space in the Glynn district attorney’s office, Holmes said.

“At that time, Cobb’s trial team had professional interactions with employees of the Glynn County DA’s Office, including their investigator, Gregory McMichael,” Holmes wrote in her statement. “Additionally, in spring 2017, a now-former investigator with our office communicated with McMichael for help locating a witness who lived in Glynn County and was needed to testify in a Cobb murder case. There has been no continuing relationship between Cobb Deputy Chief ADA Jesse Evans and McMichael.”

“Professional interactions between prosecuting agencies and even law enforcement are commonplace and do not create a legal or factual conflict in proceeding with a case,” she said.

Ahmaud Arbery’s mother, Wanda Cooper, and sister, Jasmine Arbery, participated in a virtual town hall on Friday which was held to discuss “social justice issues, racial disparities and the criminal justice system in the United States,” according to a press release.

“Ahmaud Arbery was my younger brother,” Jasmine Arbery said. “Talking about him is like taking a breath of fresh air. If you notice, I’m smiling right now.”

Wanda Cooper thanked the younger participants of the town hall, saying, “You are going to be our voice in the future.”

The family did not speak about the legal aspects of the case. The town hall was hosted by the Boys & Girls Clubs of Dane County, the Coastal Georgia Area Community Action Authority Inc. and Madison365.