Baltimore breaks city record for killings per capita in 2019 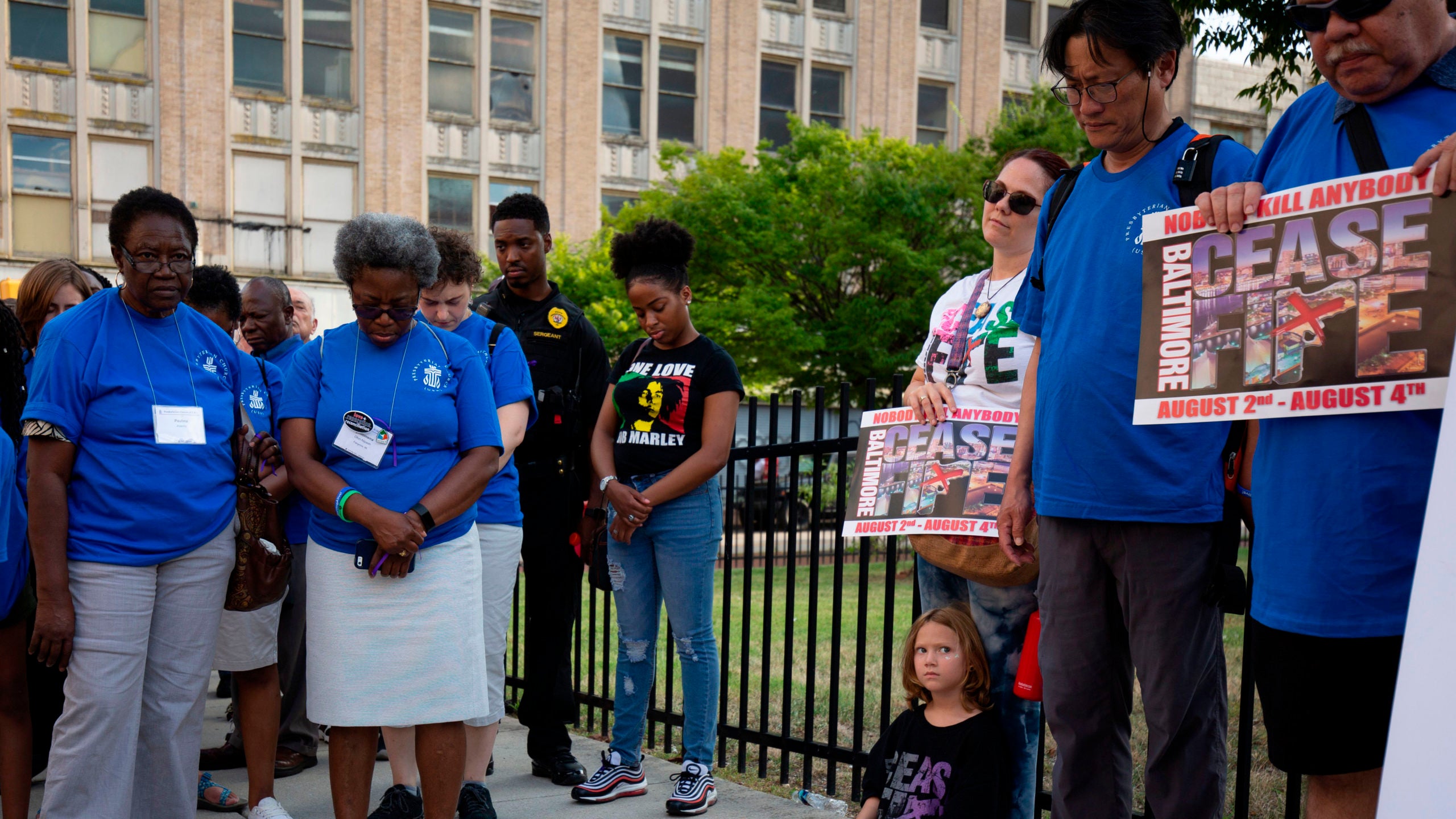 With just over 600,000 residents, the city hit a historically high homicide rate of about 57 per 100,000 people after recent relentless gunfire saw eight people shot — three fatally — in one day and nine others — one fatally — another day.

The new rate eclipses that of 1993, when the city had a record 353 killings but was much more populous before years of population exodus.

By contrast, New York City, with more than 8 million residents, had 306 homicides through Dec. 15.

A statement from Baltimore police said officers were dispatched late Thursday night to a location on Pratt Street, where they found a man with gunshot wounds. A police spokesman said the man died from his wounds at a local hospital early Friday.

This is the fifth year in a row that Baltimore has reported more than 300 killings. Before 2015, that number had generally been on the decline, but it reversed after civil unrest followed the death in police custody of a young black man, Freddie Gray.

Reasons for the change vary and are subject to interpretation.

Many have accused police of taking a hands-off approach to crime-fighting since six of their own were charged in connection with Gray’s death. None of the officers was ultimately convicted.

Others have attributed it to the apparent free flow of illegal guns, the effects of a punishing opioid epidemic, social inequalities and a lack of decent jobs for many in disenfranchised neighborhoods. Some say political incompetence at City Hall also has contributed.

Last week, federal and local law enforcement officials unveiled another round of strategies to try to bring down violent crime. They include federal funding that can help pay for new police officers and a pilot program to fly three surveillance planes above the city during the months that historically have seen high rates of crime.