Barr: CIA ‘stayed in its lane’ ahead of launch of FBI’s Russia probe 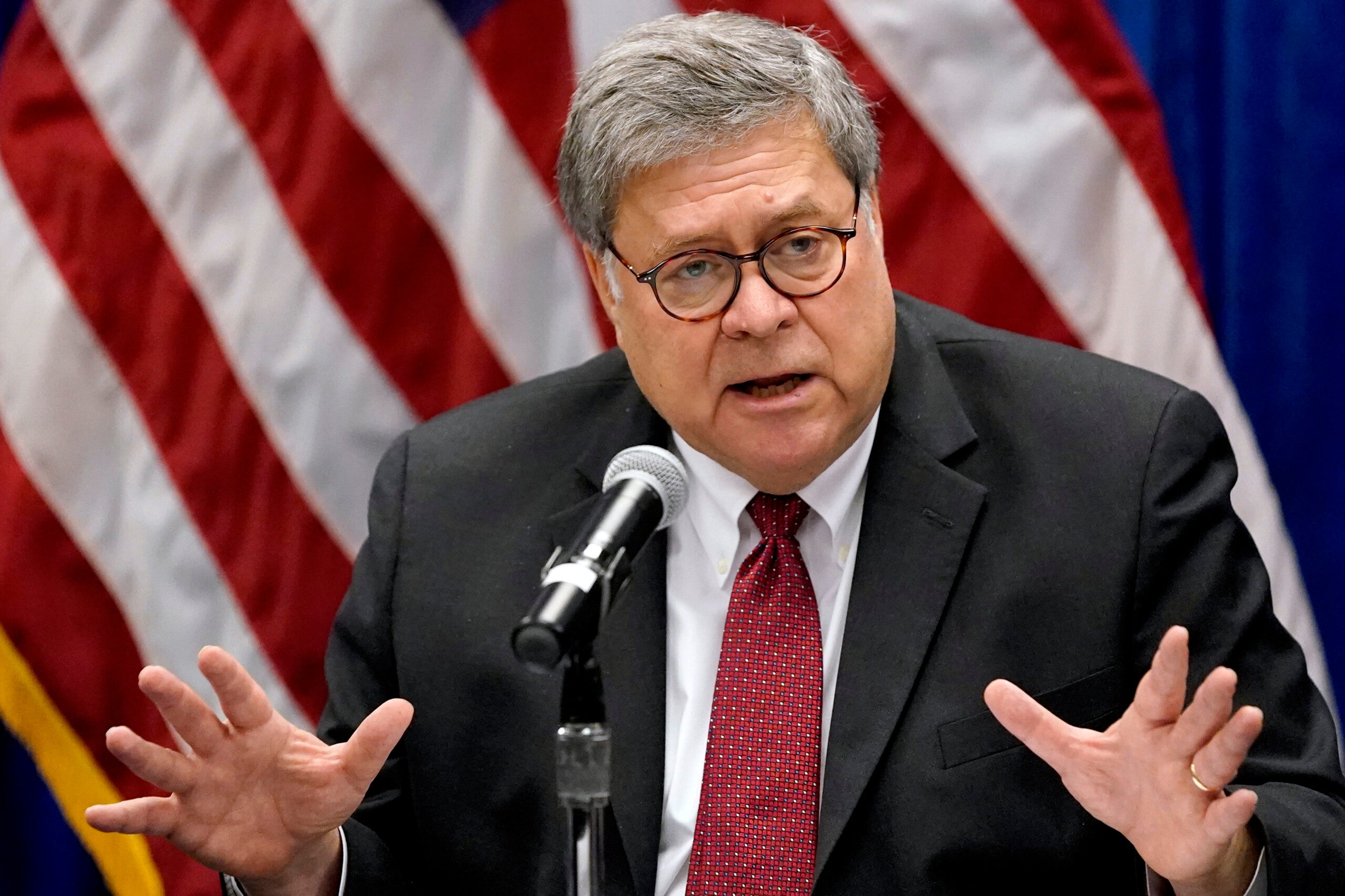 FILE - In this Oct. 15, 2020, file photo Attorney General William Barr speaks during a roundtable discussion on Operation Legend, a federal program to help cities combat violent crime in St. Louis. Attorney General William Barr said Tuesday, Dec. 1, that the Justice Department has not uncovered evidence of widespread voter fraud and has seen nothing that would change the outcome of the 2020 presidential election. (AP Photo/Jeff Roberson, File)
by: Veronica Stracqualursi, CNN
Posted: Dec 20, 2020 / 08:58 AM EST / Updated: Dec 20, 2020 / 08:58 AM EST

(CNN) — Attorney General William Barr said he had concluded that the CIA had “stayed in its lane” before the FBI launched its “Crossfire Hurricane” counterintelligence investigation into potential ties between President Donald Trump’s 2016 campaign and Russia in an interview with the Wall Street Journal published Friday.

The attorney general had had suspicions that either the CIA or foreign intelligence was involved in monitoring the Trump campaign before the official start of the FBI’s investigation, the Journal reported. But he said he hasn’t seen “any sign of improper CIA activity” or any foreign government activity that occurred before the FBI began its probe in July 2016.

The Justice Department’s inspector general last year found that there were major errors in how the FBI conducted its investigation into Russian election interference — but that it had properly opened the investigation. The DOJ’s watchdog report also rebutted President Donald Trump’s claims that the FBI illegally spied on his campaign.

Barr, however, disputed the DOJ inspector general’s findings and has continued to rail against the FBI’s Crossfire Hurricane probe, accusing the agency of using thin suspicions to launch an “intrusive investigation.”

The FBI’s use “of confidential human sources and wiretapping to investigate people connected to a campaign was outrageous,” Barr told the Journal.

Barr had disclosed on December 1 that he had appointed Connecticut US Attorney John Durham as special counsel to look into whether US intelligence and law enforcement violated the law in investigating Trump’s 2016 presidential campaign.

Barr confirmed to the Journal, as he had to the Associated Press earlier this month, that Durham is narrowly focused on “the conduct of Crossfire Hurricane, the small group at the FBI that was most involved in that,” along with “the activities of certain private actors” — without elaborating.

The attorney general also said that Durham is looking at a January 2017 assessment from the US intelligence community that concluded the Russian government had a “clear preference” for Trump.

Durham’s review of the origins of the Russia investigation began last year. Much to the President and Republicans’ chagrin, Durham has not issued a public report and has brought only one criminal charge of a minor FBI lawyer since it began in mid-2019.

Barr said on Monday that he would resign next week, leaving his post with about a month left in Trump’s term.

Durham’s position as a special counsel virtually ensures that he can continue his work after Barr and Trump leave office, into the Biden administration.

Former CIA Director John Brennan responded to Barr’s comments about the CIA on CNN Friday evening, saying, “It really is courageous of Bill Barr to say this after he has already announced that he’s going to be departing office,” and said he thinks the Durham investigation is a “trolling exercise.”

“Clearly, they couldn’t find anything that had any type of wrongdoing associated with it,” Brennan told Wolf Blitzer on “The Situation Room,” questioning why he had been subjected to hours of interviews.

“This is something that I was very confident in, because CIA and our other partners in this investigation did everything possible, according to our authorities, to try to understand what the Russians were doing and then try to undercover it,” he said.