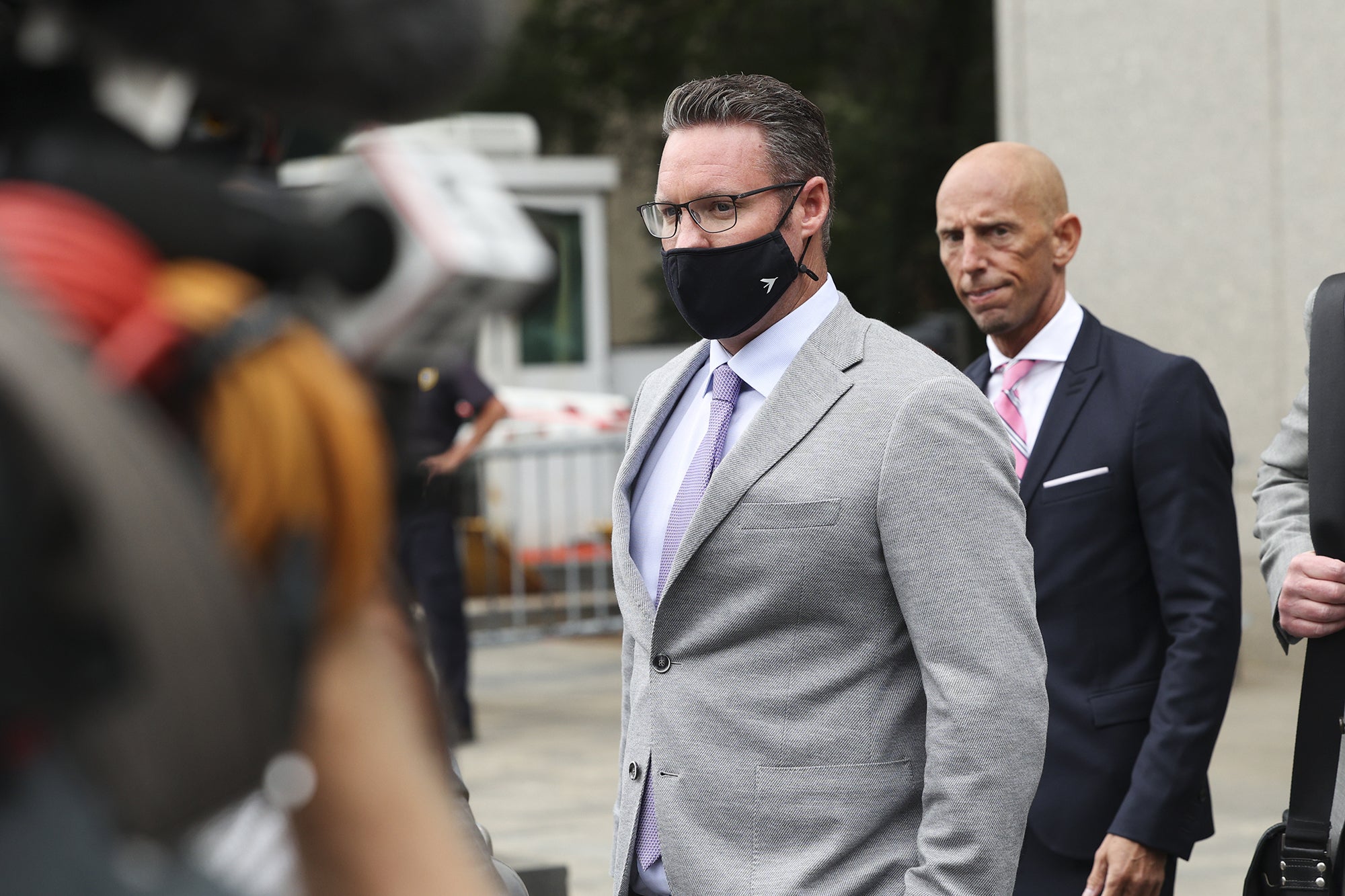 Trevor Milton, founder of Nikola Corp., center, exits federal court in New York, U.S., on Thursday, July 29, 2021. Milton is charged with misleading investors from November 2019 until around September 2020 about the development of Nikolas products and technology, according to an indictment unsealed Thursday by federal prosecutors in N.Y.(Photographer: Angus Mordant/Bloomberg via Getty Images via CNN)
by: Chris Isidore, CNN Business
Posted: Aug 13, 2021 / 07:14 AM EST / Updated: Aug 13, 2021 / 07:14 AM EST

(CNN) — Electric truck maker Nikola said Thursday it was approved for a $2 million grant from the Energy Department — news that comes despite the fact that the company’s founder and largest shareholder faces federal criminal charges for deceiving shareholders.

The grant is to help Nikola develop refueling technologies for its planned hydrogen fueling stations for the trucks it is planning to build.

“This funding is essential to advance key hydrogen fueling technologies that can improve the overall efficiency of fuel-cell commercial vehicles, while maintaining the safety and reliability standards required,” said Pablo Koziner, president of Nikola’s energy and commercial unit. It is the second such government grant given to the company, following a $1.7 million grant it received in August 2019.

Nikola has yet to produce any trucks ready for sale. It has promised to build 25 and 50 trucks by the end of the year, but it is not certain it will have all the parts needed to complete the trucks as planned.

The company has had to scale back on its promises in the past, and it was the ambitious claims about its progress, including coming up with an economical way to produce hydrogen, that led to founder Trevor Milton’s legal problems.

On July 29, Milton was charged with securities and wire fraud, as US prosecutors accused him of false and misleading statements about “nearly all aspects of the business.”

Since his indictment, Milton has sold 7 million shares, raising $71.5 million. But he still owns more than 70 million shares of the company, or about 18% of shares outstanding, making him its largest shareholder.

The Department of Energy defended its grant process Thursday, saying that it “makes funding awards based on a rigorous, merit-based review process that includes multiple technology experts reviewing applications.”

The company applied for the grant after Milton resigned as executive chairman, and the grant was formally awarded July 7, three weeks before the indictment, though the company did not announce the grant until Thursday.

But even before the indictment, the looming legal problems were well known as the company disclosed it had received subpoenas from both the Justice Department and the Securities and Exchange Commission. The company also admitted in a filing earlier this year that an internal investigation showed that Milton had deceived investors. And even if the company is not facing any criminal charges, it is facing shareholder lawsuits.

The Justice Department did not respond to a request for comment on the matter.

Hindenburg Research released a statement pointing out that Milton’s indictment specifically cited Milton as saying that “Nikola was producing hydrogen and was doing so at a reduced cost, when [he] knew that in fact no hydrogen was being produced at all by Nikola, at any cost.” Hindenburg said it doubts “a $2 million grant will help transform that lie into a reality.”

Milton was forced to resign as executive chairman of Nikola in September after allegations of his deceptions were first made Hindenburg Research, a firm that bets against companies’ stocks by shorting them. But under his separation agreement, Nikola must continue to contribute to his legal defense. The company has disclosed it already set aside $8 million toward those costs.

Since Milton’s indictment, company officials have stressed that he is no longer associated with the company, even with his continued ownership stake, and that the company and its current employees do not face any criminal charges of their own. A Nikola spokesperson said Thursday that the company had no further comment on Milton.

Milton and his legal team could not be reached for comment.