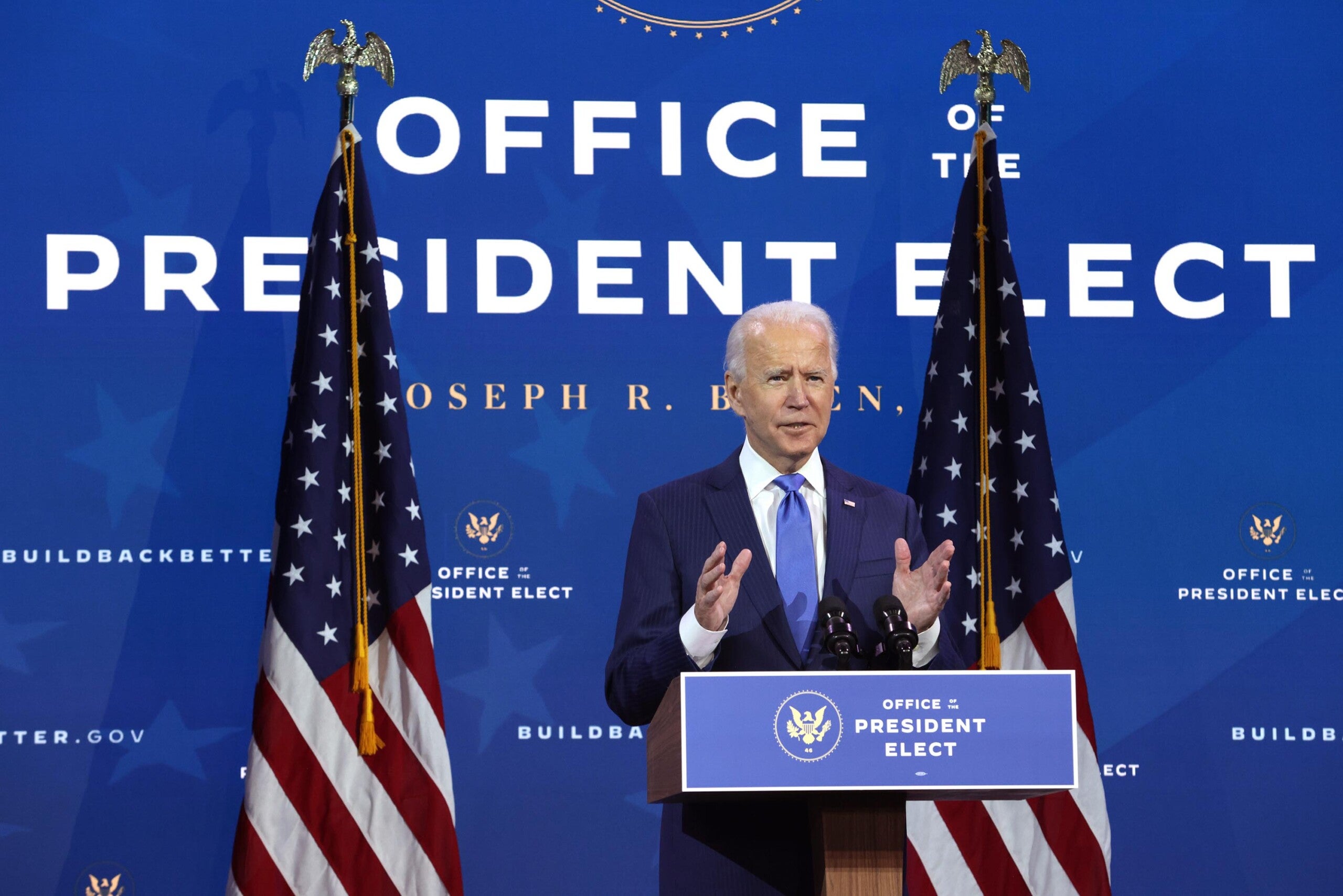 WILMINGTON, DELAWARE - DECEMBER 01: U.S. President-elect Joe Biden speaks during an event to name his economic team at the Queen Theater on December 1, 2020 in Wilmington, Delaware. Biden is nominating and appointing key positions of the team, including Janet Yellen to be Secretary of the Treasury. (Photo by Alex Wong/Getty Images)
by: Kate Sullivan, CNN
Posted: Dec 8, 2020 / 11:48 AM EST / Updated: Dec 8, 2020 / 11:48 AM EST

(CNN) — President-elect Joe Biden and Vice President-elect Kamala Harris are expected to introduce key members of their health team on Tuesday afternoon at an event in Wilmington, Delaware.

The team will lead his administration’s response to the coronavirus pandemic, which has killed more than 283,000 Americans as of Tuesday morning and closed businesses and schools across the country.

Dr. Anthony Fauci will serve as chief medical adviser to the President on coronavirus and will also continue in his role as director of the National Institute of Allergy and Infectious Diseases. Biden transition co-chair and former Obama administration official Jeff Zients will serve as coordinator of the COVID-19 response and counselor to the President, and Natalie Quillian, another Obama administration veteran, will serve as deputy coordinator of the COVID-19 response. Fauci, Zients and Quillian will not require Senate confirmation to serve in their posts.

The President-elect has also named Dr. Rochelle Walensky, the chief of the infectious diseases division at Massachusetts General Hospital, as director of the Centers for Disease Control and Prevention, and Dr. Marcella Nunez-Smith, a co-chair of Biden’s transition team, as the chair of his Covid-19 equity task force. Walensky and Nunez-Smith will not require Senate confirmation.

Becerra, who is the first Latino to serve as California’s attorney general, has been a chief defender of the Affordable Care Act in court. As the Trump administration and a coalition of Republican state attorneys general fight to invalidate the landmark health reform law, Becerra has led a group of Democratic attorneys general arguing that the law remains valid. Becerra served 12 terms in Congress as a member of the US House of Representatives and held several leadership posts, including the chair of the House Democratic Caucus, the chair of the Congressional Hispanic Caucus and the ranking member of the Ways and Means Subcommittee on Social Security

Murthy, a doctor of internal medicine, served as US surgeon general during the Obama administration from 2014 to 2017. In the role, Murthy helped lead the national response to the Ebola and Zika viruses and the opioid crisis. Murthy was part of Biden’s public health advisory committee when the pandemic first took hold in the US and has been serving as a co-chair of the President-elect’s COVID-19 advisory board during the transition.

Fauci has a lengthy career serving under six presidents from both parties, and is a leading member of President Donald Trump’s White House coronavirus task force. He has served as the director of the National Institute of Allergy and Infectious Diseases since 1984.

Zients was a top economic adviser under Obama and is a co-chair of Biden’s transition team. Zients is credited with reviving the Obamacare enrollment website, Healthcare.gov, which was plagued with issues and crashed shortly after its launch in 2013.

Quillian was deputy campaign manager for Biden’s presidential campaign and is a former White House and Pentagon senior adviser. She served all eight years in the Obama administration and helped coordinate the interagency response to the opioid epidemic.

Walensky is a physician and is the chief of the infectious diseases division at Massachusetts General Hospital and is also a professor of medicine at Harvard Medical School.

Nunez-Smith, a co-chair of Biden’s transition team, serves as an associate professor of medicine, public health, and management and associate dean for health equity research at the Yale School of Medicine. She is the founding director of Yale’s Equity Research and Innovation Center, which is focused on addressing inequities in health and health care.