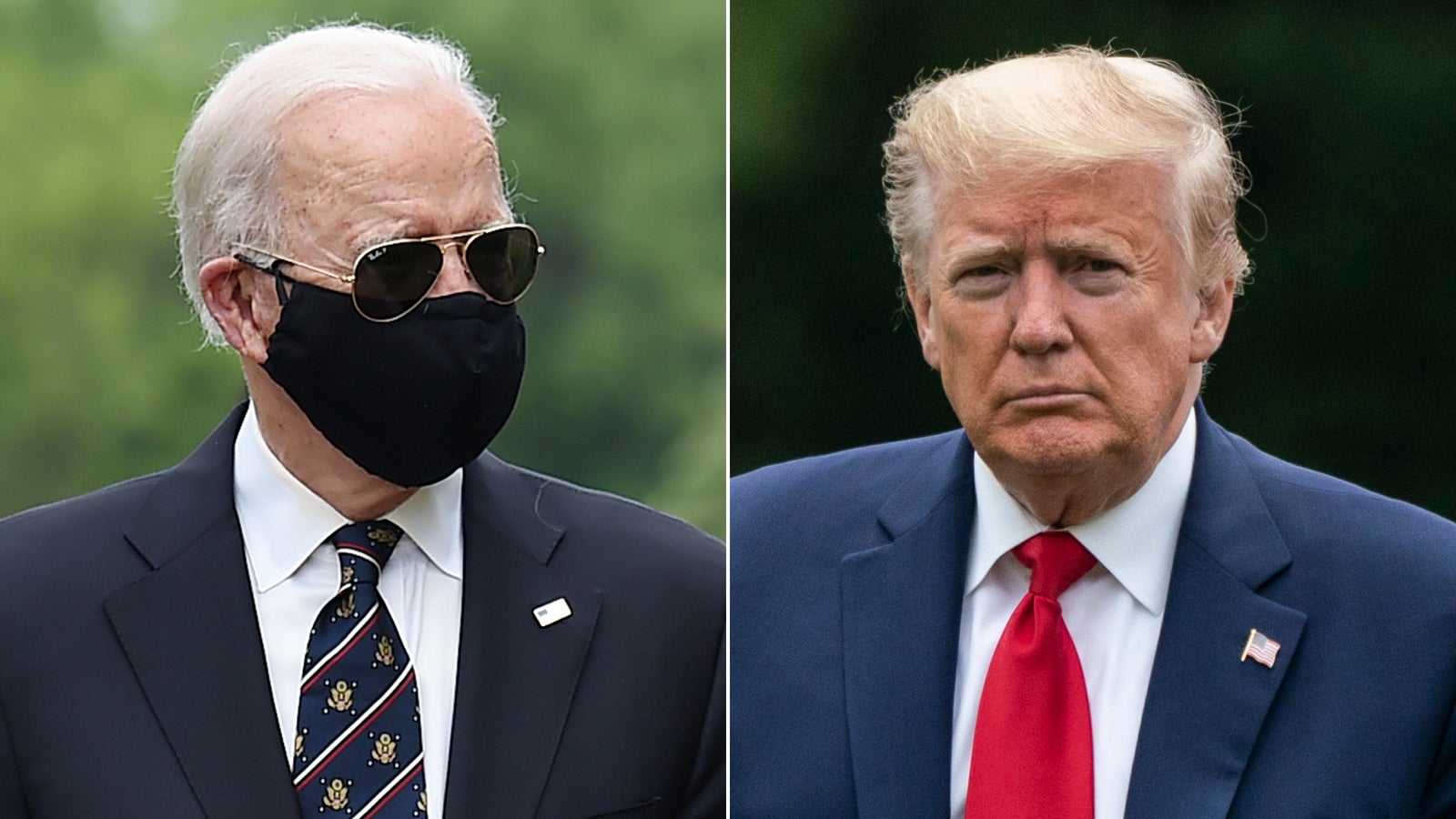 Presumptive Democratic nominee Joe Biden said if elected president, he would make wearing a face covering in public compulsory, furthering himself on the issue from President Donald Trump who has stressed that masks are voluntary and has flouted public health recommendations. (Provided Photo/Getty Images via CNN)
by: Veronica Stracqualursi and Sarah Mucha, CNN
Posted: Jun 26, 2020 / 10:09 AM EST / Updated: Jun 26, 2020 / 10:10 AM EST

(CNN) — Presumptive Democratic nominee Joe Biden said if elected president, he would make wearing a face covering in public compulsory, furthering himself on the issue from President Donald Trump who has stressed that masks are voluntary and has flouted public health recommendations.

“The one thing we do know is these masks make a gigantic difference. I would insist that everybody out in public be wearing that mask. Anyone to reopen would have to make sure that they walked into a business that had masks,” Biden told CNN’s affiliate in Pittsburgh, KDKA, while wearing a black mask.

Pressed if he’d use federal power to mandate wearing a mask in public, Biden responded, “Yes, I would. From an executive standpoint, yes I would.”

Asked again if that meant he would “in effect” mandate mask wearing, Biden said, “I would do everything possible to make it required that people had to wear masks in public.”

The Centers for Disease Control and Prevention recommends that everyone “should wear a cloth face cover when they have to go out in public” to reduce transmission and slow the spread of the coronavirus, which is highly contagious.

At least 16 states and the District of Columbia have mandates on wearing cloth face masks in public, but masks have become a political flash point as some argue the requirement infringes upon their civil liberties.

Despite the advice from public health experts, Trump continues to defy health recommendations and has been reluctant to be seen wearing a mask in public. The White House maintains that everyone who comes in contact with the President is tested for coronavirus regularly.

Trump recently told The Wall Street Journal that masks are “a double-edged sword” and also suggested that masks are being worn as a political statement, rather than a health precaution, to show disapproval of him.

“People come in, they’re talking through the mask for hours. They probably don’t clean them after, you know, they get a little cocky, right? Then they take the mask, they put their finger on the mask, and they take them off, and then they start touching their eyes and touching their nose and their mouth. And then they don’t know how they caught it,” he told the paper.

Last month, Trump and the White House had mocked Biden for wearing a mask outdoors to a Memorial Day event, leading Biden to fire back in an interview with CNN, calling Trump “an absolute fool.“