Biden says his dog, Major, is working with a trainer in Delaware following biting incident 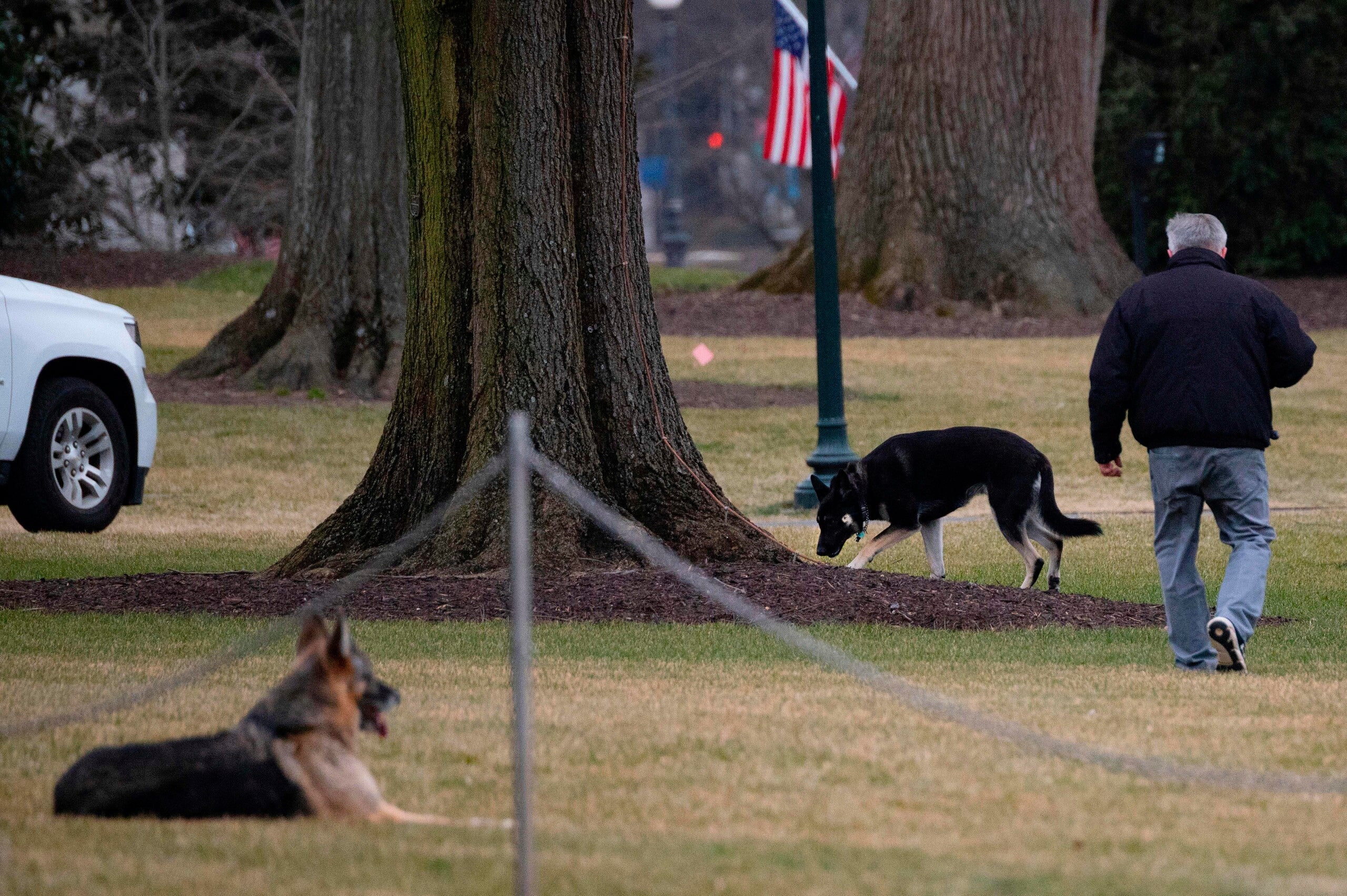 First dogs Champ and Major Biden are seen on the South Lawn of the White House in Washington, DC, on January 25, 2021. - Joe Biden's dogs Champ and Major have moved into the White House, reviving a long-standing tradition of presidential pets that was broken under Donald Trump. The pooches can be seen trotting on the White House grounds in pictures retweeted by First Lady Jill Biden's spokesman Michael LaRosa, with the pointed obelisk of the Washington Monument in the background."Champ is enjoying his new dog bed by the fireplace, and Major loved running around on the South Lawn," LaRosa told CNN in a statement on January 25, 2021. (Photo by JIM WATSON / AFP) (Photo by JIM WATSON/AFP via Getty Images)
by: By Maegan Vazquez, CNN
Posted: Mar 17, 2021 / 10:24 AM EST / Updated: Mar 17, 2021 / 10:24 AM EST

(CNN) — President Joe Biden said that his dog, Major, is working with a trainer at Biden’s home in Delaware following a biting incident at the White House.

“Is Major out of the dog house?” ABC News’ George Stephanopoulos asked in a one-on-one interview with the President that aired on “Good Morning America” on Wednesday.

“The answer is yes,” Biden responded. “Major was a rescue pup. Major did not bite someone and penetrate the skin. The dog’s being trained now with our trainer at home in Delaware.”

Earlier this month, Major had what one source described to CNN as a “biting incident.” The person bitten by Major was a United States Secret Service agent, according to a Secret Service official.

During his ABC interview, Biden didn’t say whether Major would return to the White House.

But White House press secretary Jen Psaki said shortly after the incident that both of the Biden family’s dogs, Champ and Major, were being cared for by “family friends” in Delaware and that the dogs would return to the White House “soon.”

Psaki said at the time that the dogs were still getting acclimated to their new surroundings and new people. Major, she described, “was surprised by an unfamiliar person and reacted in a way that resulted in a minor injury to the individual.”

The President also asserted that Major wasn’t banished to Delaware in response to the incident, but that the move was previously planned to accommodate the first family’s upcoming schedule.

Major, a German Shepherd adopted by the Bidens from a Delaware shelter in 2018, has been known to display agitated behavior on multiple occasions, including jumping, barking, and “charging” at staff and security, according to the people CNN spoke with about the dog’s demeanor at the White House. The older of Biden’s German Shepherds, Champ, is approximately 13 and has slowed down physically due to his advanced age.

Biden said 85% of people at the White House “love” Major.

“But he turned a corner, there’s two people he doesn’t know at all, you know, and they move and moves to protect. But he’s a sweet dog. Eighty-five percent of the people there love him. All he does is lick them and wag his tail,” the President said on ABC.